In a wild and windy season finale, pilot Matthias Dolderer was crowned Germany’s first Red Bull Air Race World Champion in Las Vegas on Sunday. Australia’s Matt Hall, the only pilot able to challenge Dolderer’s dominance in the final stages of the season, shared the champagne from the second step of the podium. Third place was confirmed for Austria’s Hannes Arch, the former championship winner whose dynamic season was cut short when he perished in a private helicopter accident in early September.

“It’s amazing – a fantastic feeling. As much as this trophy weighs, that weight has come off my shoulders,” said Dolderer, who earned six race podiums including three wins to capture his maiden title in his fifth season. “You never reach 100 percent: We have been trying to get better and better, race by race, and I hope we come back even stronger next year. We won’t give up and will try to defend this trophy.” 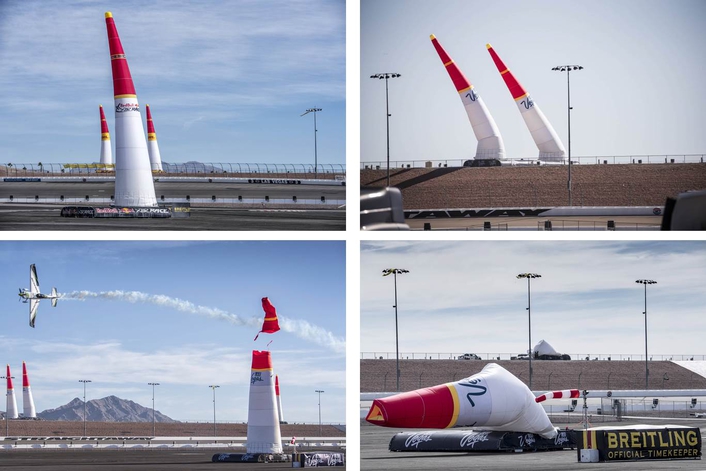 High winds and gusts above 30 knots (34 mph) had forced the Race Committee to delay all Race Day flying sessions in Las Vegas. When a break in the conditions arose the Air Gates went up and the pilots took off for the Round of 14, but the weather window closed before the final two pilots could fly through the racetrack. With the Round of 14 incomplete, the day’s results were invalid. Dolderer and Hall, however, had both clinched their season-leading positions before the finale, with the points they earned at the seventh stop of 2016 in Indianapolis, USA. 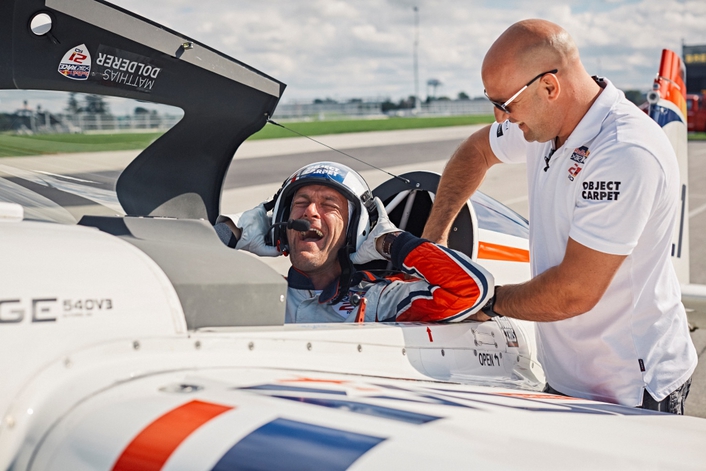 “The strong winds and gusts today forced the Race Committee to cancel all flying sessions. This decision is in response to the inability to fully operate a safe racetrack and flying conditions. Safety is of the utmost priority and with gusts over 30 knots, it exceeds our ability to conduct the race in a safe and fair manner,” said Race Director Jim DiMatteo. 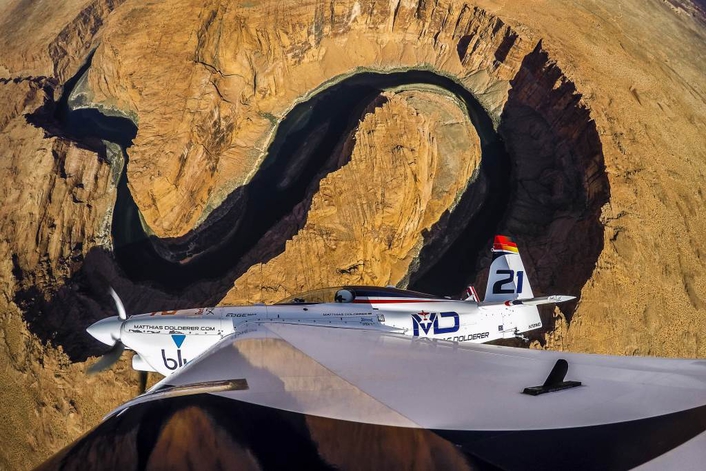 Matthias Dolderer above the Horse Shoe

Among many special moments on the unusual Race Day was warm recognition from the entire field of Master Class pilots for the close of Nigel Lamb’s racing career. The 2014 World Champion from Great Britain is hanging up his racing gloves and had delivered a fiercely competitive final season, claiming a track record and two race podiums on the way. Meanwhile, in the Challenger Class Florian Bergér claimed another season title for Germany when he was crowned the winner of the Challenger Cup. 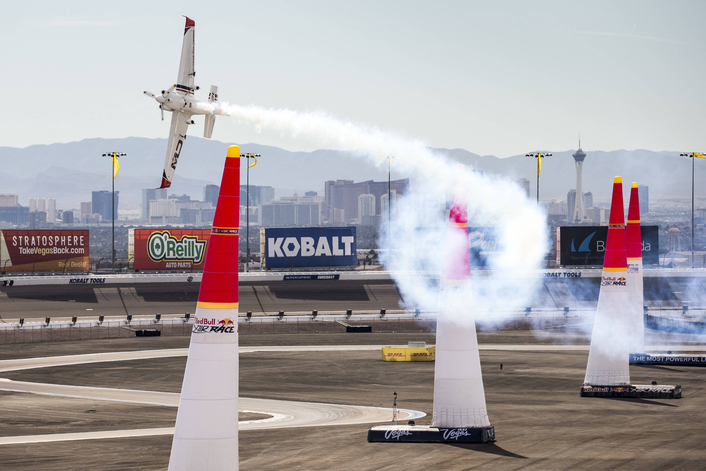 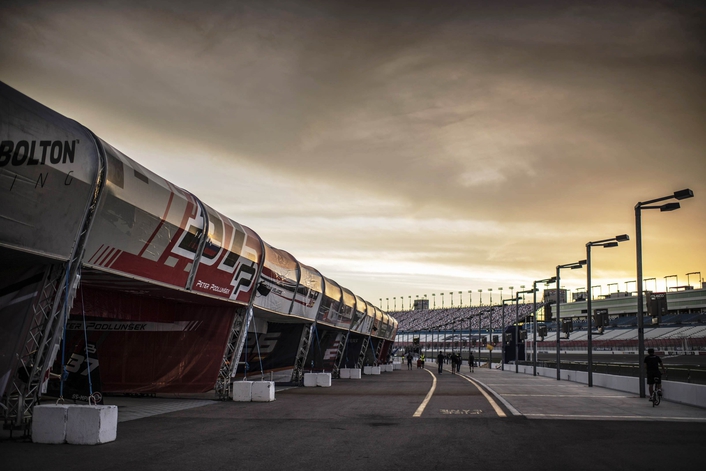 The race planes are back in the hangars

About Red Bull Air Race:
Created in 2003, officially a world championship in 2005, the Red Bull Air Race has held over 70 races and is watched by millions of fans. The Red Bull Air Race World Championship features the world’s best race pilots in a pure motorsport competition that combines speed, precision and skill. Using the fastest, most agile, lightweight racing planes, pilots hit speeds of 370kmh while enduring forces of up to 10G as they navigate a low-level slalom track marked by 25-meter-high, air-filled pylons. In 2014, the Challenger Cup was introduced, giving new pilots the chance to develop their low-altitude flying skills. Throughout more than a decade of innovation, one thing has remained the same: the Red Bull Air Race World Championship is the ultimate motorsport series in the sky.