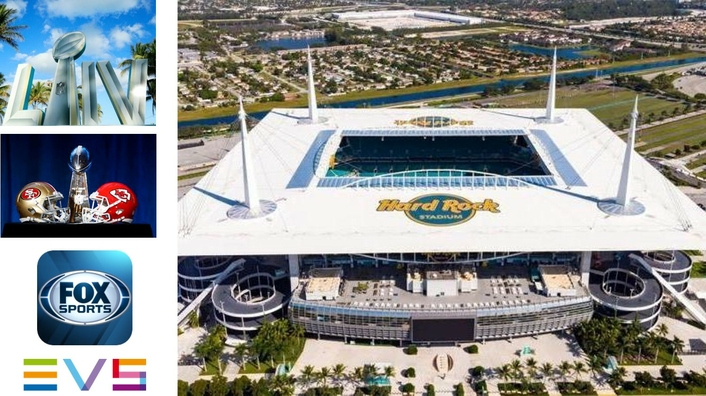 Customer profile Boasting an extensive portfolio of world-class sporting events, FOX Sports is one of the leading broadcast networks in the US. The Los Angeles-headquartered network is home for MLB, NASCAR, USGA and NFL coverage as well as one of the three main broadcast television rightsholders of the nations’ highest-rated annual TV spectacle, the NFL Super Bowl. On February 2, 2020, the 54th edition of the NFL World Championship - known as Super Bowl LIV -  marked FOX Sports’ ninth broadcast of the big game, which was delivered to an audience of millions, live from the Hard Rock Stadium in Miami.

The challenge For Super Bowl LIV, FOX’s mission was to take all the action of the game and excitement of the show to air with the most visually stunning results. To begin with, FOX Sports announced that the entire event would be broadcast in High Dynamic Range (HDR), a first in Super Bowl history. The game, the halftime show and the pre and post-game studio programming would all be natively produced in 1080p 60fps HDR. While this decision to switch to the next-generation format meant that viewers would benefit from a higher picture quality all throughout the show, it also meant the production would require up to two times more bandwidth than the 1080i SDR productions of previous seasons. 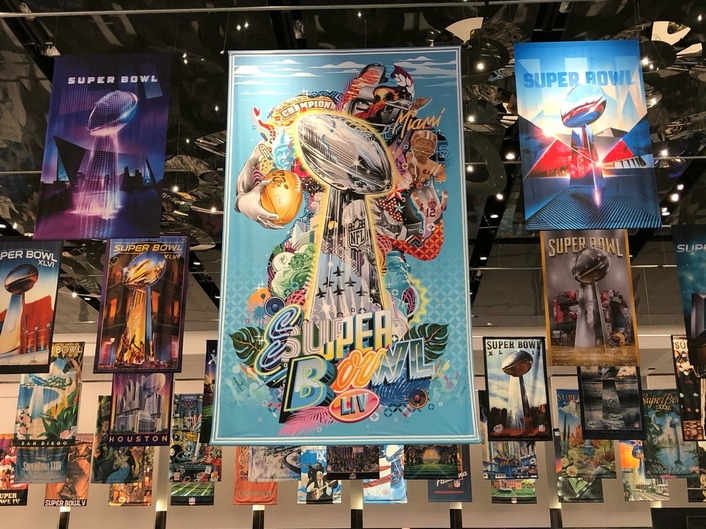 Moreover, this new production setup needed to be able to handle the unprecedented number of live feeds. With over 100 cameras deployed on site, FOX Sports had every angle covered, enhancing their storytelling capabilities, but also increasing the overall complexity of the operation. 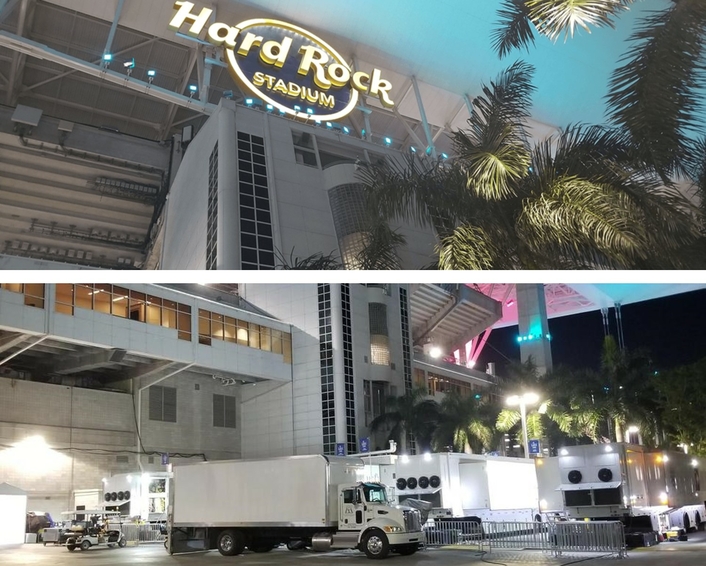 More than ever, FOX Sports needed peace of mind in knowing they could rely on a solid production infrastructure to successfully undertake this ambitious project. They set out to build a full HDR-capable infrastructure that could easily accommodate the increased bandwidth requirements, and which integrated the latest technological innovations for a greater visual storytelling of the 54th Super Bowl championship.

The solution FOX Sports partnered with facilities’ provider Game Creek for the pre-game, game and post-game programming. A total of 39 EVS servers were spread over multiple mobile production units, ingesting content from the 100+ cameras onsite and used to create replays and highlight packages. The live feeds included those from over 20 pylon cameras surrounding the endzones and around 20 super motion cameras capturing the HDR content at 3x, 6x or 8x the standard frame rates. 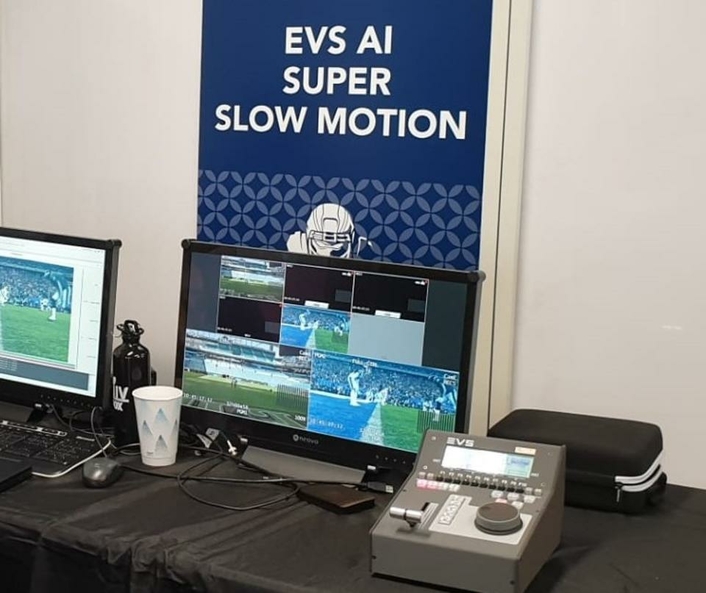 The actual game production was covered by 26 XT-VIA live production servers split between the FATS (Feed All Trucks Signals) room and the Game Creek Encore production unit, and a dozen additional EVS servers were deployed in Game Creek’s Cleatus and Bravo units for the studio and show productions. To provide the critical underlying connectivity, the XT-VIA servers were running on the XNet-VIA ethernet media sharing network and interconnected through three redundant XHub-VIA switches for highly secured operations.

EVS’ IPDirector Live PAM software suite, accessible through 12 workstations, allowed the production crew to control and manage all the HDR content from the game as well as the pre and post shows available on the EVS platform.

The broadcaster deployed just over 1 Petabytes of shared storage across six XStore chassis combined into a single system. As a result, operators benefitted from a reliable storage system, which was optimized for bandwidth and offered a single point of access to all content, including archives and post-production edits created on Adobe Premier Pro. 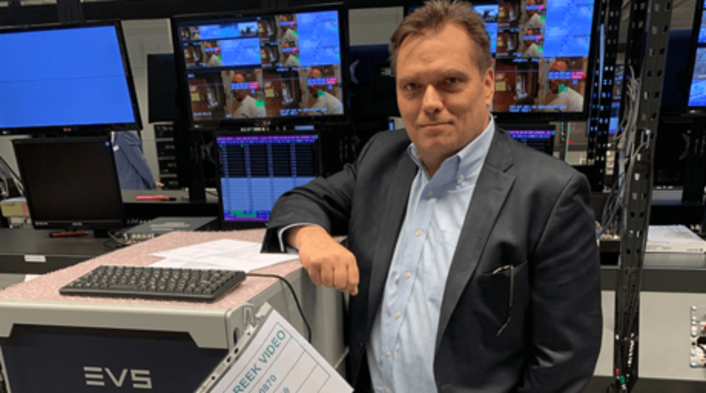 Also part of the workflow, were EVS’ Xsquare orchestration software and XTAccess transfer engines, used to facilitate archive and restore processes between the live recorded content on the XNet-VIA network and post-production content. 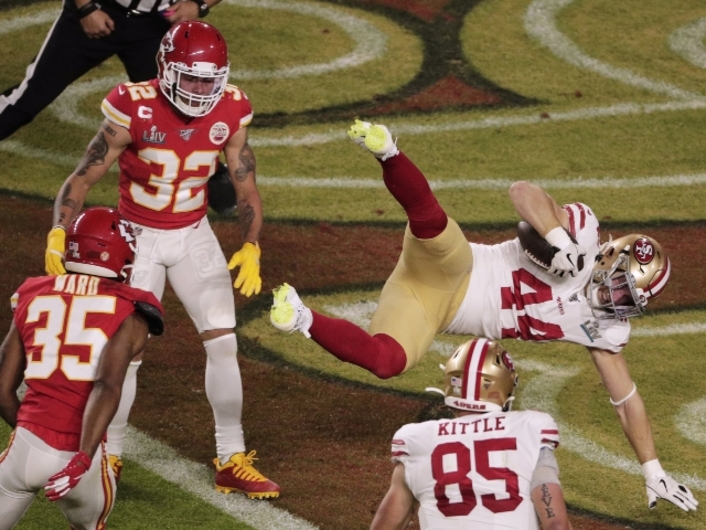 Back at their premises over 2000 miles away in Los Angeles, FOX Sports deployed two additional XT-VIA servers that were connected to Viz Libero systems in order to add 3D virtual graphics to the EVS streams to assist in play analysis. The feeds were sent from Miami through MediaKind encoders/decoders and routed to the two XT-VIAs connected by XNet-VIA. 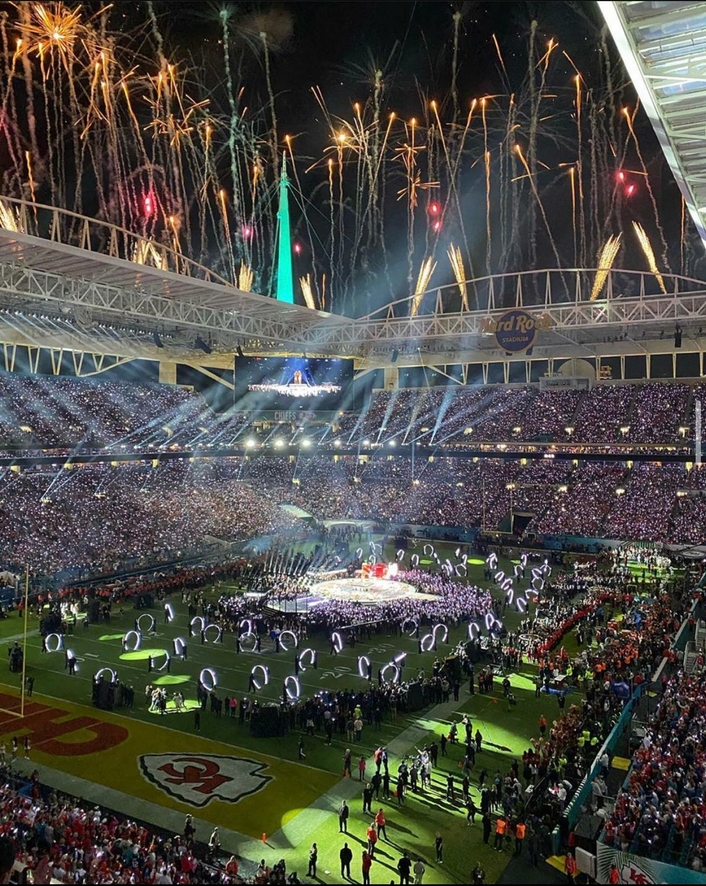 To deliver crystal-clear replays of the action and help tell a better story,  more than 22 Super Motion cameras were used for the game. However, while the pylons around the endzones offer a good view of the most critical action, their constrained size means the use of high frame rate cameras is not feasible for those positions. To overcome this challenge, the broadcaster used EVS’ AI Super Slow Motion system, an innovative proof of concept (POC), which leverages the power of artificial intelligence to enable the creation of super slow motion replays from the regular frame rate cameras embedded in the pylons. Thanks to this system, operators could process any clip from the XT-VIA network to triple the number of frames. Pylon cam clips went from 60fps to 180fps, while super slow motion cameras went from 360fps to 1080fps. 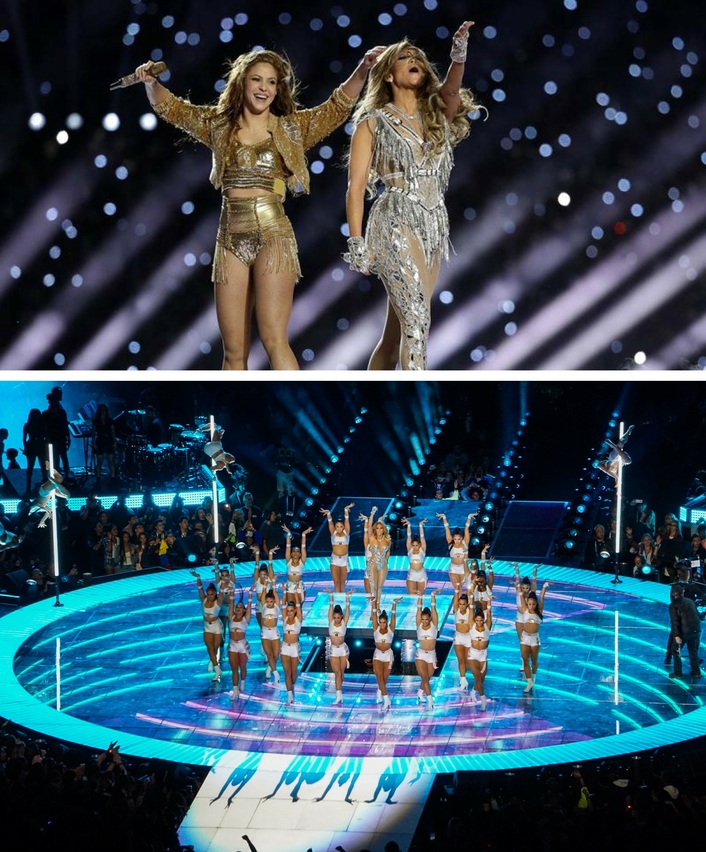