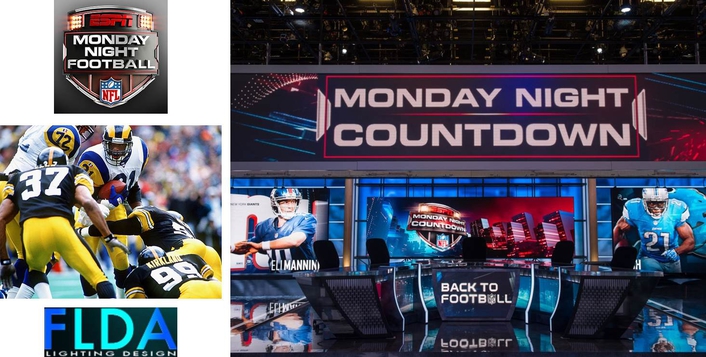 Energy-Efficient Set: All-LED Lighting Creates New Look
Ferri Lighting Design & Associates (FLDA) today announced that it has designed and installed the lighting for ESPN’s NFL set, which debuts on Sunday, September 7th. Set in a new 9,000 square foot space on the ESPN Bristol, Connecticut campus, the ESPN NFL set is an all-LED lighting installation, part of ESPN’s first LED studio deployment. FLDA designed and installed the lighting for the new flagship ESPN ‘SportsCenter’ studio, and simultaneously lit the new ‘SportsCenter’ studio in Los Angeles earlier this year. FLDA also utilized ESPN’s Sky Deck, a suspension grid system that flies above the studio set, allowing the majority of the lights to be accessed without lifts or ladders.

ESPN’s NFL programming, which includes the venerable ‘Monday Night Football’ franchise, is a hallmark of the network, and the new lighting clearly reflects the new on-air look and feel for ESPN.

Bruce Ferri, senior designer of FLDA, designed the ESPN NFL set. He had worked on the  ‘SportsCenter’ studio in Bristol for its redesigns in both 2000 and 2004 with his previous company. Ferri had also designed a full LED rig for ESPN’s NASCAR Pit Studio installation, which was a fully outfitted trailer that attended NASCAR races. The new ESPN ‘SportsCenter’ studio encompasses 10,500 square feet of space at the Bristol campus, making it the largest ESPN studio. Other key members of the FLDA team on the ‘SportsCenter’ job included Lighting Director Matt Gordon and gaffer Ed McEneney. 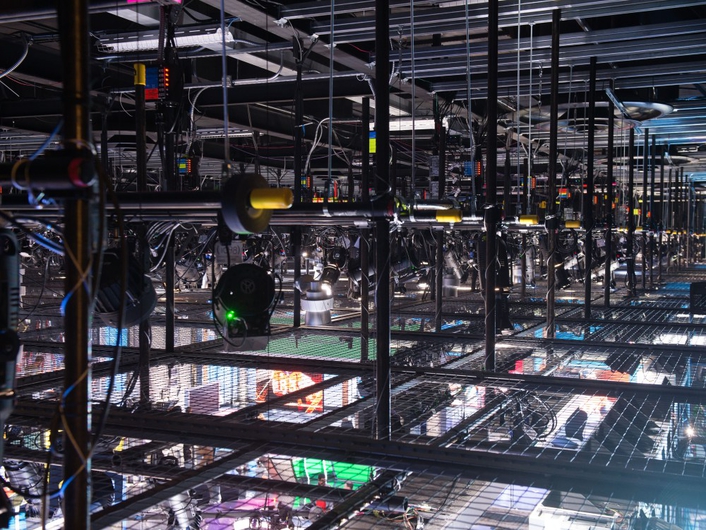 “We saw the ESPN NFL studio as part of the overall ESPN studio redesign, but it was really a jewel-box installation that has its own specific environment, and we had to light it with this in mind. The all-LED lighting is power-efficient, and achieves the look that ESPN wanted for this new studio,” said Ferri. “We think that the ESPN NFL lighting complements the on-air talent, and captures the brand essence of the network in an ideal way.”

FLDA’s Emmy Award-winning team has achieved renowned reputation for its sports studio installations over the years, including multiple designs for ESPN, NBC Sports Network, the NFL Network the MLB Network, and others.