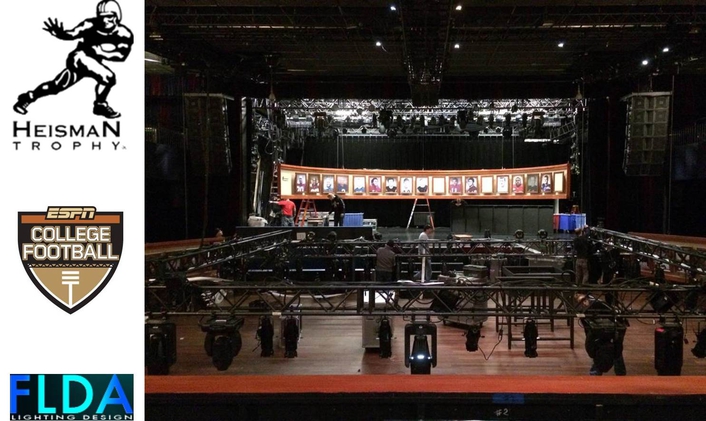 FLDA Lights Up Event at New York’s Best Buy Theater
Ferri Lighting Design & Associates (FLDA) today announced that it designed the lighting for the 2014 Heisman Memorial Trophy Award presentation, which was presented live on ESPN and via a Livestream webcast on Saturday, December 13th, from the Best Buy Theater in New York’s Times Square. The 80th Heisman Award Presentation event marks the 14th consecutive year that FLDA has handled the lighting duties for the prestigious ceremony for ESPN. FLDA senior lighting designer Bruce Ferri was responsible for the design.

Ferri worked alongside Ben Carlson, who has been the Heisman lighting director since 2001.

“This has always been a challenging project since load-in and focus must be mostly complete in a single day,” said Ferri. “It's not a small show either, as 400 units must be hung and focused while working amidst carpentry, audio, camera, and floral crews who are also scrambling to get ready.” 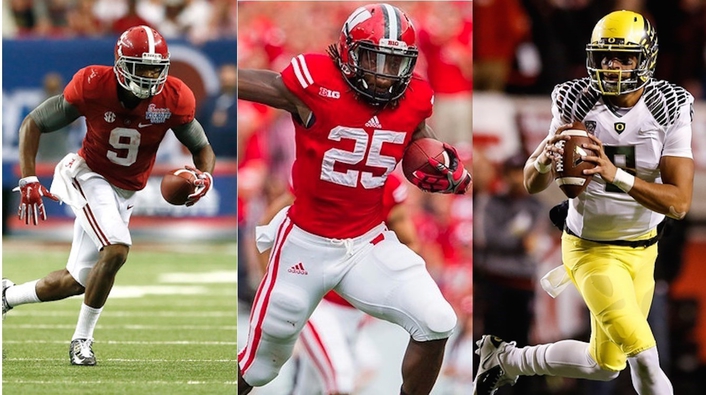 Ferri originally lit the event in 2001, when the Heisman ceremony first took place away from its longtime home, at the Downtown Athletic Club, which had been damaged during the 9/11 attacks. The 2001 event, held in the ballroom of the Marriot Marquis hotel in Times Square, was also the first time that ESPN produced the show. Since 2005, the Heisman Trophy presentation has taken place at the Best Buy Theater (originally the Nokia Theater), just off Times Square. 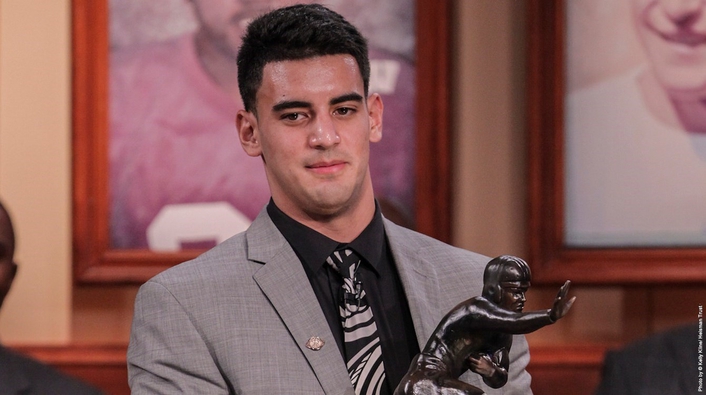 “As a live event, with a webcast component, the Heisman Trophy presentation needs to have an exceptional quality to its lighting, given the guarded secrecy around the award’s winner, and we try to accentuate this atmosphere in a manner consistent with ESPN’s look and feel,” said Ferri. “The event is unique in the sports world, and we look forward every year to working with ESPN on the award presentation.”