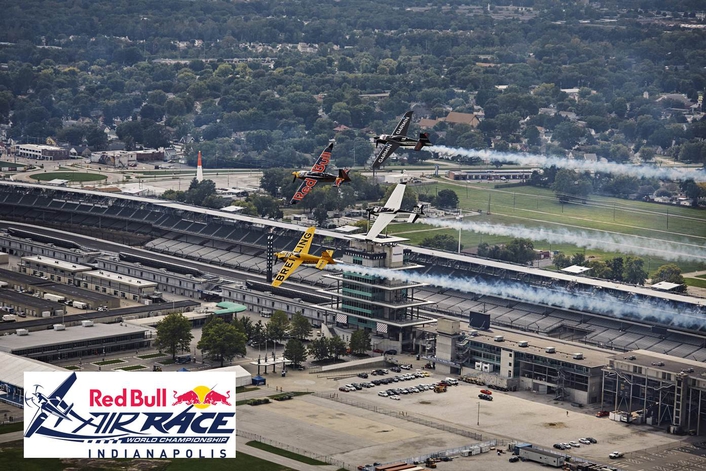 The pilots of the Red Bull Air Race have been waiting all season for their first glimpses of Indianapolis Motor Speedway, and on Thursday they got their chance, with spectacular views from their raceplanes.

September 29, 2016 was a day to remember for the pilots of the Red Bull Air Race as they got their first opportunity to capture images of the USA’s Indianapolis Motor Speedway, the mythic motorsport track where they will be racing this weekend for the very first time.

North Americans Kirby Chambliss (Arizona, USA), Michael Goulian (Massachusetts, USA) and Pete McLeod (Ontario, Canada), as well as François Le Vot of France reveled in the chance to fly their Master Class raceplanes in formation over the 2.5-mile oval. And all the pilots from both the Master Class and the Challenger Class gathered at the racetrack’s hallowed Yard of Bricks for a “class photo” that they’ll cherish. 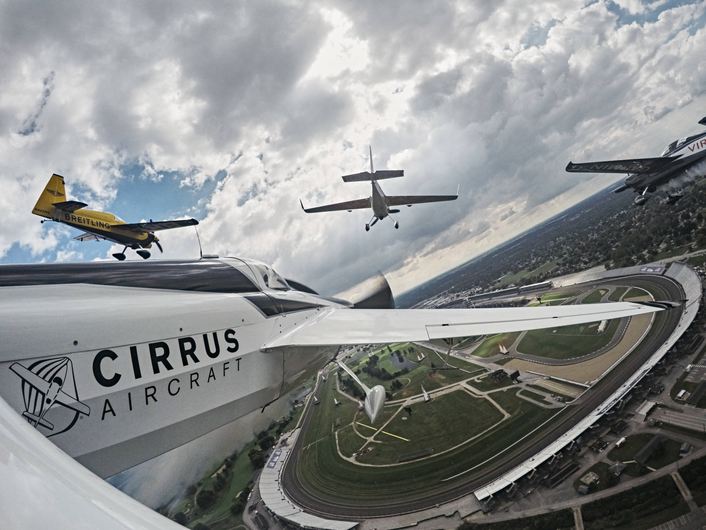 Since first taking off in 2003, the ultimate motorsport series in the sky has stopped at dozens of iconic locales worldwide, but never before at “The Brickyard” that pioneered the speedway concept, and every pilot has been looking forward to flying in Indy as a “bucket list” racing destination. The track is famed not only in auto racing circles, but among aviation enthusiasts as well: The event that first opened the speedway in 1909 was a gas balloon race, and in 1910 none other than America’s original aviation heroes, the Wright Brothers, headlined a multi-day flying demonstration at the venue. (The Indianapolis 500 made its premiere in 1911.) 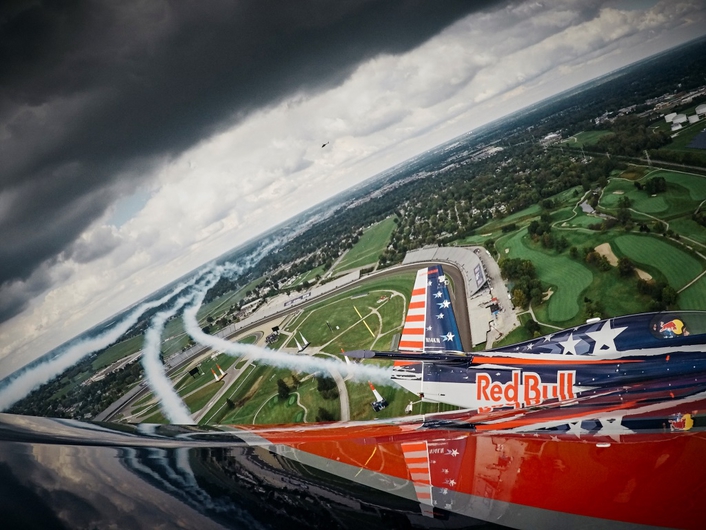 On Friday, once Free Practice begins ahead of Saturday’s Qualifying and Race Day on Sunday, the camaraderie will turn to fierce competition, particularly in the Master Class. With only two races to go, Germany’s Matthias Dolderer is inching ever closer to clinching the World Championship, while Australia’s Matt Hall is on a full-throttle charge to overtake him, and America’s own Chambliss is on the verge of claiming an overall podium position of his own 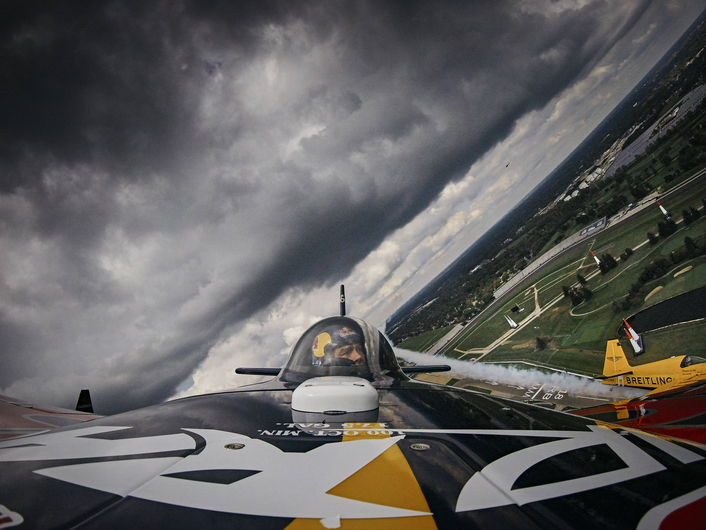 Tickets are still available for the Red Bull Air Race debut at the Indianapolis Motor Speedway on October 1-2, as well as for the season final in glamorous Las Vegas, USA on October 15-16, 2016. For more information on tickets and all the latest, visit www.redbullairrace.com

Created in 2003, officially a world championship in 2005, the Red Bull Air Race has held over 70 races and is watched by millions of fans. The Red Bull Air Race World Championship features the world’s best race pilots in a pure motorsport competition that combines speed, precision and skill. Using the fastest, most agile, lightweight racing planes, pilots hit speeds of 370kmh while enduring forces of up to 10G as they navigate a low-level slalom track marked by 25-meter-high, air-filled pylons. In 2014, the Challenger Cup was introduced, giving new pilots the chance to develop their low-altitude flying skills. Throughout more than a decade of innovation, one thing has remained the same: the Red Bull Air Race World Championship is the ultimate motorsport series in the sky.