A first in France: the connection of two OB vans for an exceptional set-up for the PSG-Barcelona Champions League match 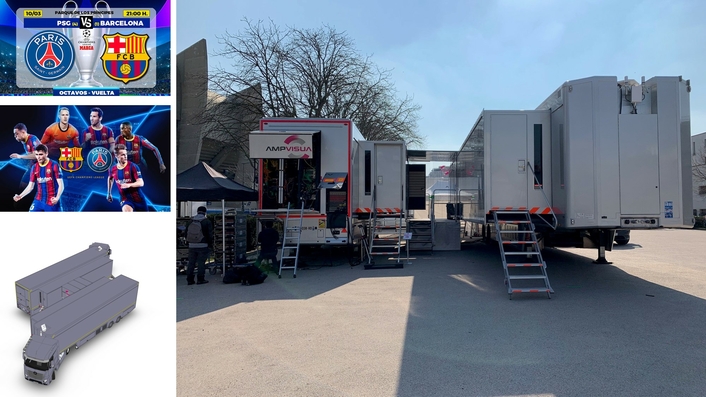 For the first time AMP VISUAL TV exploits in operational conditions the functionality of interconnection of two Millenium OB vans: these two OBvans are designed to be assembled with each other to form a single large unit with exceptional capacities. A first in France!360 ° cameras for the channel's VR application, as well as our new “Pelicam's” solution: a mini arm equipped with 'a slowmotion micro camera installed behind each goal.

On the occasion of the PSG - Barcelona matche at the Parc des Princes for the Champions League, AMP VISUAL TV is making this major new tool available to RMC Sport. The two OB vans are linked by an interconnection module which allows more than 96m² of work surface in one piece and thus constitute two production spaces for the production of the international signal and the private signal for RMC Sport. These spaces accommodate a team of 45 people and a UHD set-up with over 30 cameras including 5 180 ° and 360 ° cameras for the channel's VR application, as well as our new “Pelicam's” solution: a mini arm equipped with 'a slowmotion micro camera installed behind each goal. 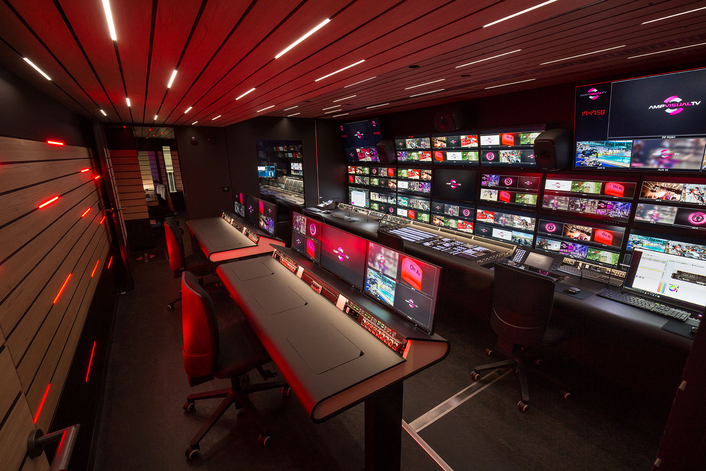 A "plug and play" optic fiber interconnection makes it possible to distribute workstations as easily in the two OBvans as if we were only in one. Likewise, the layout has been carefully designed in an operational manner, deliberately separating the technical spaces from the production/editorial spaces. This allows everyone to work in a comfortable and peaceful environment at a live event. "This device embodies a project that we have had for a long time: to have technical tools that are both flexible and scalable which, through their assemblies, allow them to multiply their capacities in order to achieve very powerful set-ups," declares François Valadoux Technical Director. 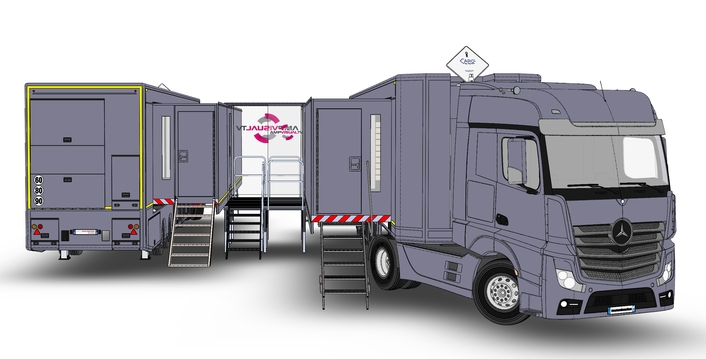 Specialising in filming for TV, AMP VISUAL TV offers its services across the entire production chain for live programmes or live filming and broadcasting. It boasts one of Europe's largest fleets of OB vehicles (34) and flightcases (9) for outdoor broadcasting, as well as studios in the Paris area (29) including 8 with fixed control rooms.
AMP VISUAL TV is recognised as a pioneer in new technological applications such as 4K/HD OB vans, digital, RF, streaming, web server, Media Centre and Remote production. It produces 18,000 hours of programmes per year, notably for game shows, variety shows, entertainment shows and news and lifestyle shows, and is particularly visible in live performance, special events and sports, especially motor sports, with the latter being its speciality on an international scale. AMP VISUAL TV has an annual turnover of 111 million euros. The company has a team of 382 permanent employees, with offices in Metz, Lyon, Toulouse, Paris and Sables d’Olonne in France.