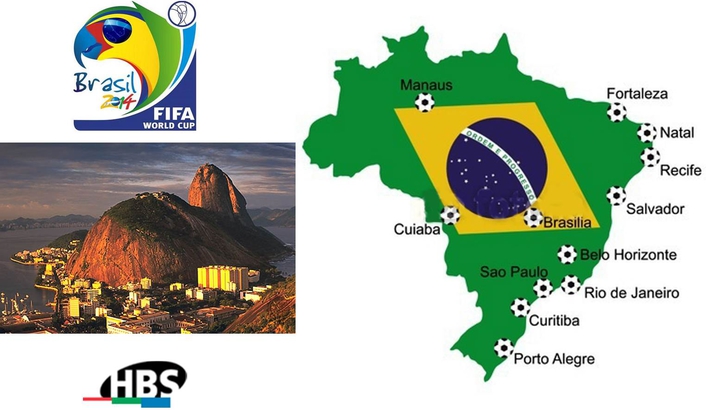 .
The first FIFA World Broadcaster Meeting (WBM1) for the 2014 FIFA World Cup Brazil™ took place in Rio de Janeiro in April, opening with a two-day plenary session and carrying on with two additional days of unilateral meetings. The FIFA WBM1 allowed FIFA, HBS and the Local Organising Committee (LOC) to present their detailed plans for the event to a gathering of over 350 invited MRLs from across the planet.

Following a recorded statement from FIFA President Joseph Blatter, LOC CEO Ricardo Trade presented the Committee's vision for how the FIFA Confederations Cup 2013 and 2014 FIFA World Cup™ will be run. Mr. Trade expressed great confidence in the state of local preparations and assured the assembled guests that they would be amazed by the enthusiasm and support of the entire nation come tournament-time. 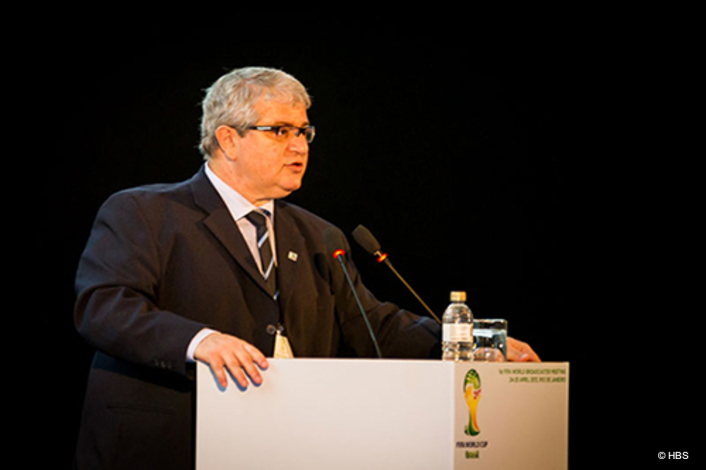 Eduardo Paes, mayor of Rio de Janeiro, was an unannounced guest speaker. Like Mr. Trade, Mr. Paes voiced his belief that the country, and specifically the city of Rio de Janeiro, would surpass the already high expectations broadcasters and television viewers have for a FIFA World Cup™ in famously football-oriented Brazil. As if that wasn't pleasing enough to the attendees' ears, Mr. Paes then secured their affection by inviting them all to what turned out to be a fantastic social event atop Sugarloaf Mountain that same night. The elevated view of a lit-up Rio, combined with musical performances and percussion lessons, gave the guests an appetizing taste of what the atmosphere during a Brazilian FIFA World Cup™ will be like. 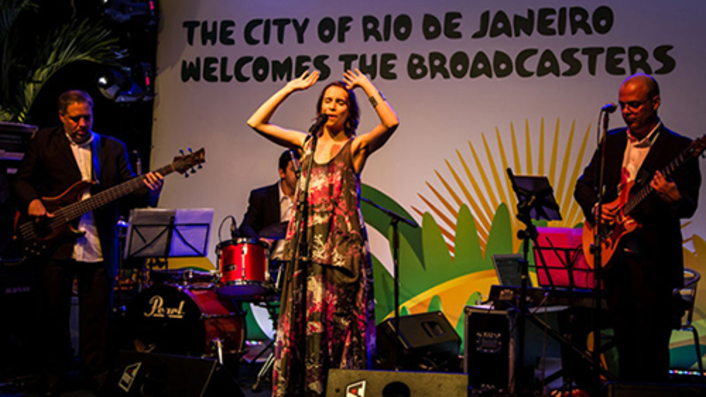 All in one rhythm atop the Sugarloaf 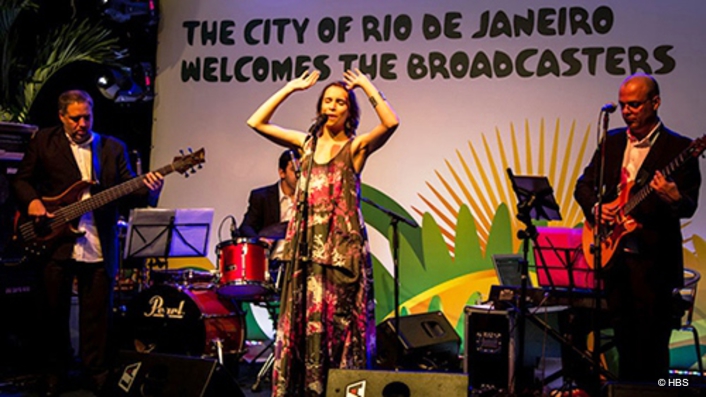 All in one rhythm atop the Sugarloaf

The plenary sessions included a number of specialised presentations by LOC speakers on topics related to broadcast operations during the event (taxes, visas, security, logistics, etc.) as well as overviews of planned FIFA broadcaster services and a recap of coming milestones in the build-up to the tournament. Service providers were also onsite to discuss issues such as event-time telephony and accommodation.

The working relationship between FIFA and HBS has been solid from the start and has only improved over the course of the past three FIFA World Cups™, and MRLs have grown increasingly familiar with the main components of the production plan for the event, including the Multi-Feeds package, extensive audio production plan and FIFA MAX Server. Each of those elements, and a great many others, has been refined and extended for the 2014 FIFA World Cup™.

In addition to the ongoing evolution of the core production plan, each FIFA World Cup™ is also an opportunity to take a major step forward regarding the broadcast coverage of the tournament. For this edition, that step forward is the introduction of a comprehensive multimedia package, including apps, web players, Video on Demand and more. MRLs unfamiliar with multimedia technology will be able to select a turnkey offer allowing them to customise sophisticated pre-designed elements with minimum complexity, thereby easing their way into the world of multimedia coverage. In parallel, MRLs with the desire and technological know-how to do so will be able to use the package’s individual components to create their own bespoke products. The enthusiasm displayed by MRLs in the Multimedia Demo Area was a strong indicator that the major step in question has been taken in the right direction.

The multimedia package, along with the rest of the production plan for the 2014 FIFA World Cup™, is detailed in the FIFA WBM1 Information Manual and the actual presentations from FIFA WBM1, all of which are now available for download on the FIFA TV Extranet, along with the Catalogue of Services (COS), the IBC Catalogue of Pre-Designed Areas (COPDA) and the Finance Information Pack.