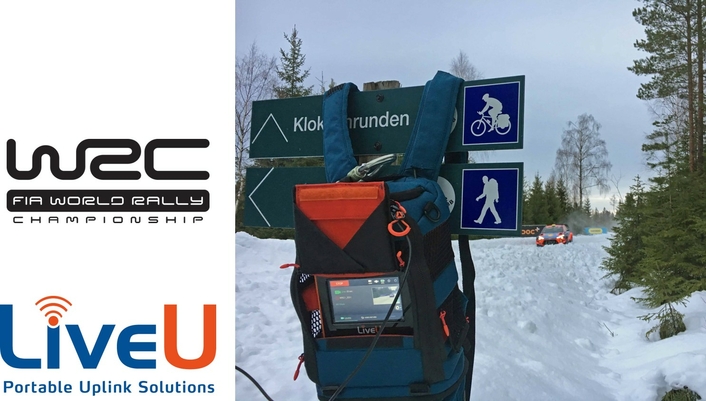 Florian Ruth, Director of Content and Production, WRC Promoter, said, “We are using three LU600 HEVC-equipped units with associated LiveU server technology and LiveU Central for overall management. HEVC is very important for us to significantly reduce bandwidth and LiveU has fitted smoothly into our production workflows.

Following on from the initial test last year, WRC Promotor has worked closely with LiveU to fully understand how to maximize the quality and the coverage. Ruth highlights the fact that at each event so far, they have continued this optimisation process, with the next rally – Tour de Corse – set to be the first time that the LU600s have been involved in testing camera positions in advance of the event.

Signals are sent – both live and files using store and forward – to the WRC TV production unit where the LiveU servers are situated, normally in the event Service Park, with the content then pulled into the edit suite as required. Rally stages are spread up to 250 km around the Service Park at each event. 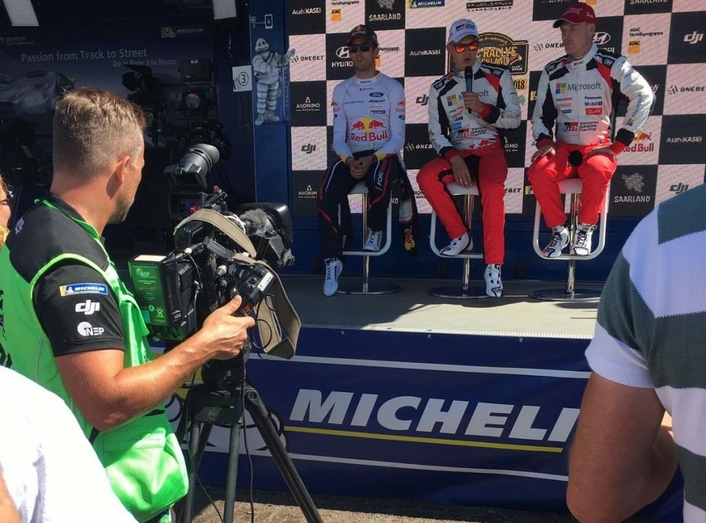 Ruth said, “We are using LiveU in conjunction with our RF and satellite workflow, allowing us to significantly expand our coverage without having to worry about access to certain parts of events or rely on motorcycles to deliver the additional captured footage to us. In order to continue to fully engage existing viewers and to attract new audiences, we constantly need to innovate. Using LiveU is allowing us to think differently and to bring a fresh level of dynamism to our content as we can use locations at each event that simply weren’t possible previously. LiveU will also be able to deliver content directly to our Production Hub as we begin to move to remote production.”

2018 saw The FIA World Rally Championship (WRC) reach its best ever global airtime figure of 14,208 hours over last season’s 13 rounds, according to Nielsen Research. The WRC, recognised by the Fédération Internationale de l'Automobile (FIA), has a long and celebrated history, with 14 rallies around the world forming the 2019 series. WRC Promoter handles all the TV production, including all the broadcast formats, as well as the marketing of the series and sponsorship rights. It also works to increase the number of participants and explores new venues for the calendar.

Zion Eilam, Regional VP Sales (EMEA), LiveU, said, “We have worked very closely with WRC Promoter over the past few months to truly understand the considerable contribution challenges that they face and how we are able to work together to create new opportunities for them. We are very pleased that we’ve been chosen as a key part of their future development.”

LiveU is driving the live video revolution, providing live video streaming for TV, mobile, online and social media. Let your audience become part of your story with high-quality and flawless live video, transmitted from anywhere in the world, through the use of our patented bonding and video transport technology. LiveU creates a consistent bandwidth and a reliable connection so you can acquire, manage and distribute high quality remote live broadcasts over IP. Our broad portfolio of products sets the industry standard for live video production. From backpacks to smartphones, and satellite/cellular hybrid to external antenna solutions, LiveU offers a complete range of devices for live video coverage anytime, anywhere. In addition, LiveU offers extensive cloud-based management and video distribution solutions. With over 3,000 customers in 100+ countries, LiveU’s technology is the solution of choice for global broadcasters, online media, news agencies and social media.  For more information, visit www.liveu.tv, or follow us on Twitter, Facebook, YouTube, LinkedIn or Instagram.