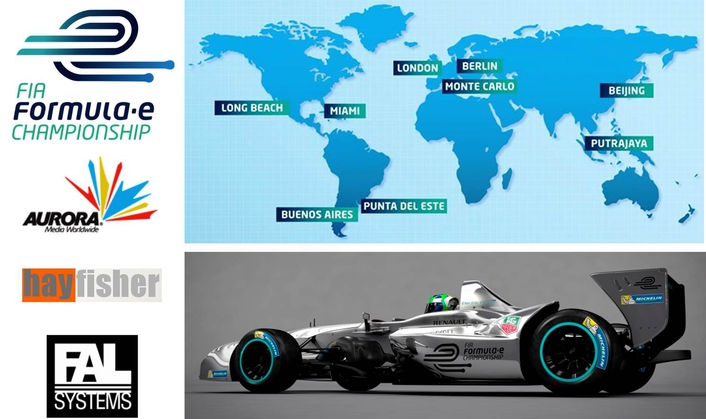 .
Formula E, the new FIA fully-electric racing series, opened with its inaugural race in spectacular style this weekend in Beijing and Leeds-based FAL Systems has provided its full spectrum of systems integration services for the project. FAL was commissioned to build the system by Hayfisher Productions based in the West Midlands who have been contracted by Aurora Media to provide broadcast facilities for the new motorsport championship.

British systems integrator FAL Systems has announced the completion of a prestigious project to provide the complete ‘Fly-Away’ world feed broadcast facility for the new ten round all electric race series.  Their brief was quite challenging in that not only were they to provide all means for acquiring all the audio and video for the transmission but that they were to do so in such a way as to have minimal environmental impact. 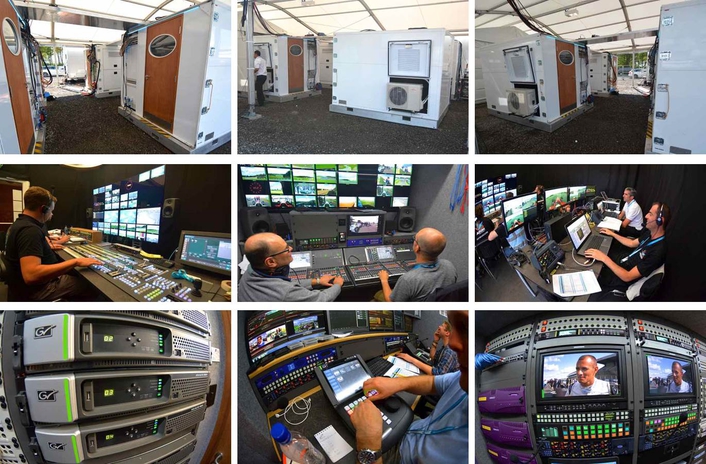 Andy Unsworth, one of FAL’s directors explained. “Key considerations were that formula E promotes a new cleaner environmentally friendly form of racing and also the fact that this is a worldwide series with races being held in nine countries across four continents. This shaped our thinking in the design stage and led us to focus on elements such as an extremely compact design with as low a weight as possible whilst still enabling provision of state of the art broadcast centre. Our solution was a complete package built into four pods over a 12 week period at our facilities in Leeds.”

All aspects of design and build we're handled by FAL’s in house team. The objective was to provide a full ‘truck-like’ operational space in a 2.5 metre x 2 metre intermodal pod. Whilst keeping weight down to a minimum was a dominant factor that had to be balanced with providing maximum flexibility and future proofing. Elements that all very naturally pulled the team in two quite different directions. It was a challenge that the FAL team was able to successfully overcome with each of the technical pods eventually coming in at 50% below the max weight allowed. Careful choice of equipment has also enabled FAL to keep the powering requirements as low as possible using energy saving devices wherever possible. 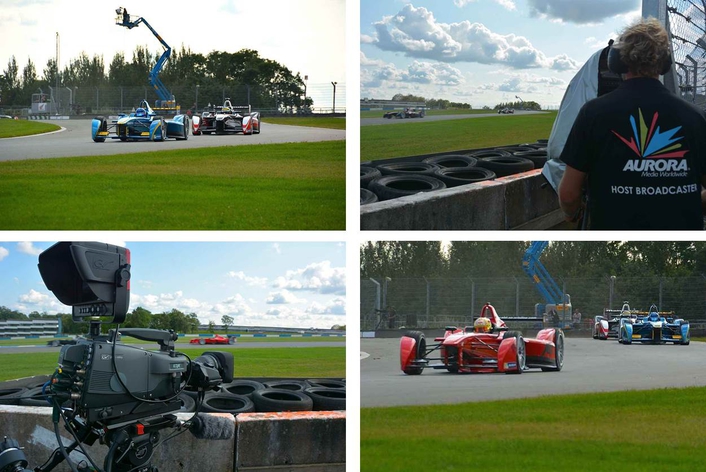 No race series or any sporting event for that matter would be complete without replay facilities and the FAL Systems’ solution was to deploy three Grass Valley K2 Dyno servers providing 6 in 2 out with flex share. Miranda’s Densite modular range was chosen for distribution and format conversion. Grass Valley’s Karrera software based video production centre provides the vision mixing and was chosen because it uses up to 50% less power than other alternatives re-emphasising the ‘green’ ethos of the whole project.

Fal also built three storage pods with bespoke stowage solutions for all the equipment and cables required. To maximise the space available in production, this area has been built as a fly-away and will be built into a portacabin hired for each race.

The first race of the new Formula E series began spectacularly in Beijing on Saturday 13th September with close racing right to the last corner of the last lap when the two leading drivers collided sending both out.  Races are to follow across four continents and in cities including London, Berlin, Monaco, Buenos Aires, Putrajaya in Malaysia and two races in the USA one in Long Beach the other in Miami.