Mediahaus GmbH has been producing content on behalf of FC Red Bull Salzburg since 2005, and the core workflow has evolved from a small portable fly away system into a fully-fledged OB workflow with Blackmagic infrastructure products for acquisition, switching, distribution and monitoring at its very core.

Signal management on board Mediahaus’ Mercedes Sprinter van relies upon the Blackmagic Smart Videohub 40x40 router as well as a whole series of mini converters, also from Blackmagic Design. 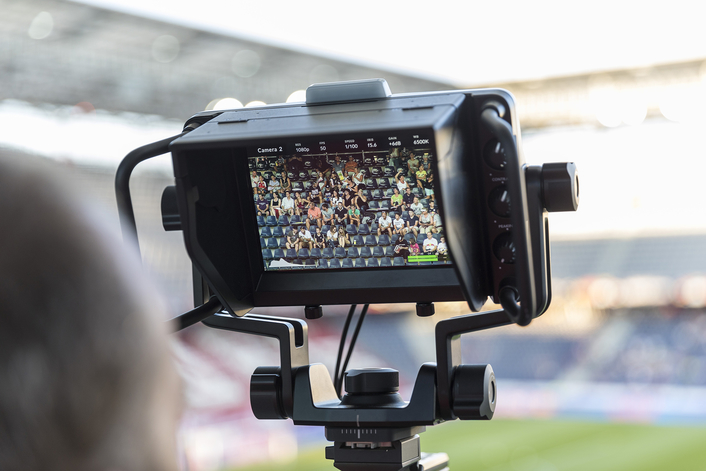 “Taking into consideration the distances between camera positions and the OB, and the fact that we were relying on the stadium’s SDI network to bridge those different points, we also installed a Smart Videohub 16x16 matrix into the club’s central technical room. Doing so means we are now able to reclock all of the signals at the halfway point to ensure we don’t compromise signal integrity at any point in the entire chain,” reveals Wolfgang Angermüller, CEO and founder of Mediahaus GmbH.

Central to Mediahaus’ creative workflow is the ATEM 2 M/E Production Studio 4K switcher and accompanying ATEM 2 M/E Broadcast Panel. “We use the Blackmagic switcher to produce two primary feeds for the club. One for the stadium’s big screens and a separate feed for the club’s in-house television channel, FanTV,” explains Angermüller. “We also produce additional feeds for the club’s analytics team, the stadium’s LED boards and for live streaming purposes.”

In creating that content, Mediahaus relies on a clean PGM feed and the main camera signal supplied by the host broadcaster, according to Angermüller. “On top of that, we operate between four and five camera positions around the stadium ourselves, including two fixed positions in the players’ tunnel, another on the main gantry as well as a beauty shot under the stadium’s roof.” 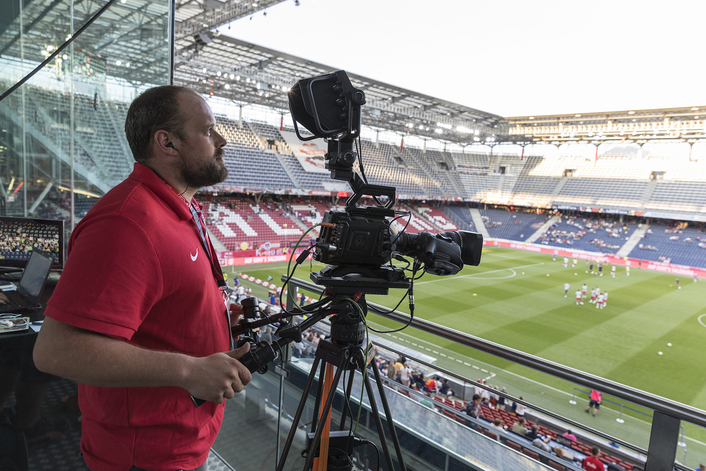 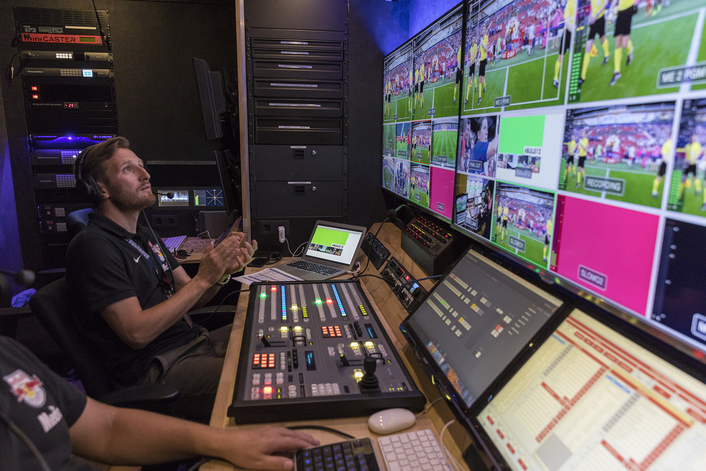 “One of the biggest advantages to introducing the URSA Mini cameras into our workflow is the potential to control them remotely using the ATEM Software Control,” concludes Angermüller. “It represents a significant cost saving on our part as we don’t have to build expensive RCPs and CCUs and reduces the overall cost per camera channel by more than three quarters. Those savings are hard to ignore.”