Once again, ARD/ZDF's Fairlight-equipped mobile production unit (MPE) ensures smooth integration into Avid Interplay environment
German public broadcasters ARD and ZDF are all set to deliver great coverage of major sport events such as the Olympic Games, the European Soccer Championships and the FIFA World Cup thanks to the deployment of their state-of-the-art Mobile Production Unit (MPE).

Equipped with the very latest technology, ARD and ZDF's MPE uses a combination of Fairlight, Avid and EVS systems to create a networked environment that is capable of delivering exceptionally fast workflows without time-consuming format conversions. 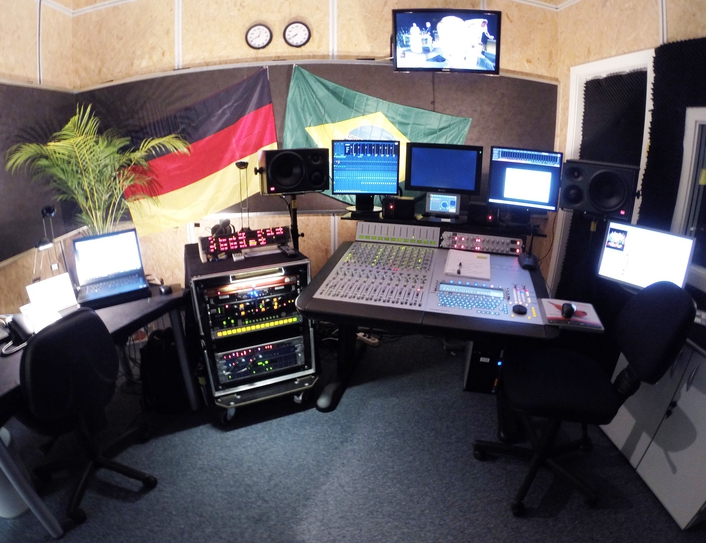 The Fairlight audio production system at the MPE consists of two Fairlight consoles, which are directly integrated into the high-turnaround HD video workflow based on content-management solutions from Avid Interplay® and EVS video servers. Thanks to Fairlight's full compatibility with all open audio, video and sync standards, this system delivers high quality 5.1 surround sound recording and allows native playback of HD formats from Avid’s Interplay®.

ARD and ZDF have been using Fairlight systems at the MPE since 2009 when it was first deployed at the Athletics World Championships in Berlin. Since then, the Fairlight system has been regularly used at major international sport events, such as the Olympic Games in 2010 and 2012, the 2010 World Cup in South Africa, the European Soccer Championship 2012 in Poland, the 2014 Winter Olympics in Sochi and, of course, the current World Cup in Brazil.