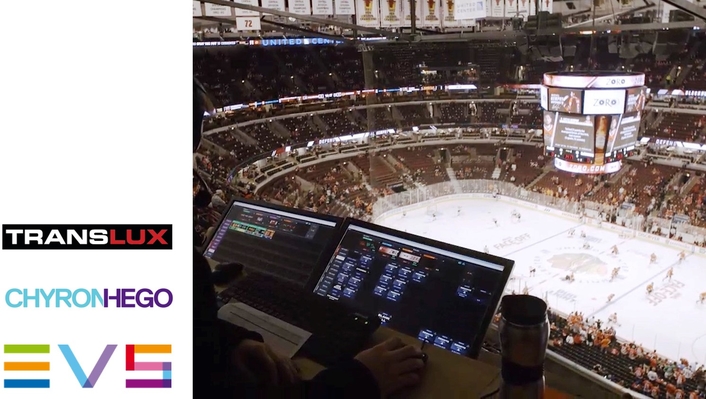 EVS, the leader in live production technology, is partnering with technology providers to introduce the Unified Stadium offering that will be demonstrated at the 2018 NAB Show. Unified Stadium gives sports teams and venue operators the ability to produce enriched video content and control its delivery to multiple screens on gameday. When done so in a straight-forward and effective way, venues can create the most engaging in-venue experiences for fans.

“Delivering an entertaining experience inside sports venues has never been more important. The onus is on teams and leagues to engage audiences to maintain live attendance at a time when the quality of at-home broadcast experiences is so high,” said Benoit Quirynen, Chief Market Officer at EVS. “By deploying the latest live production technology, venues can create experiences that capitalize on the use of enriched video content to add to the atmosphere of live sports or cultural events.” 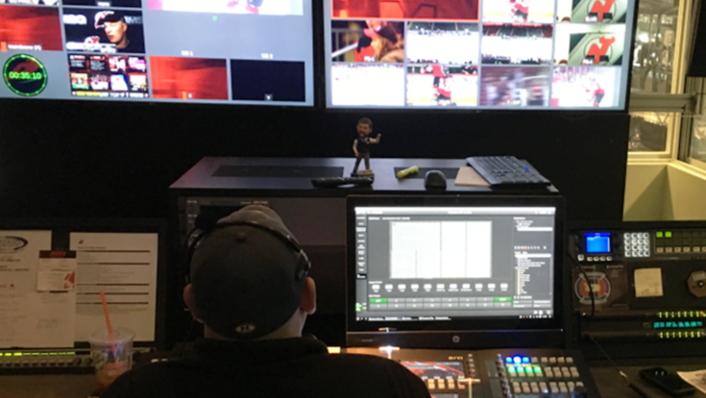 Unified Stadium is comprised of multiple integrations between EVS’ industry-leading live production tools and several technology providers, including ChyronHego and Trans-Lux. Alongside integrations with EVS’ renowned replay and content management solutions such as its XT servers, LSM remote controls and IPDirector PAM, Unified Stadium’s centerpiece is the DYVI switcher, which is used by multiple sports venues across the United States, including at AT&T Park for the San Francisco Giants MLB team and at Prudential Center for the New Jersey Devils NHL team who both cite the switcher’s flexibility as one of its most important benefits.

The DYVI switcher is built on IP technology and features a software-defined architecture, so it can be easily customized for any in-venue operation. Unified Stadium sees it integrated with ChyronHego's Click Effects PRIME engine – something done for the first time at Prudential Center. Here, operators can create graphics and virtual signage content using Click Effects and easily recall them with the switcher. Prudential Center then uses DYVI to trigger the delivery of graphics to its massive scoreboard and any other in-arena screens.

The DYVI/Click Effects’ integration reduces the need to juggle multiple tools and applications for different functions. Instead, it gives users a single-step, fast and simple way to create, manage and deliver creative programming to any number of screens – all at the press of a button.

EVS’ Unified Stadium offering also features the company’s partnership with Trans-Lux, a leading manufacturer of LED display and lighting solutions. The two companies have worked together to allow seamless control of Trans-Lux products using DYVI. At Prudential Center, the production team uses the switcher to cut together its live program, controlling the show as it’s played out on the venue’s scoreboard, which holds the record of the biggest in-arena, center-hung scoreboard in the world.

Deployment of the Unified Stadium offering creates an easy to operate production workflow that brings together pre-produced and live assets and uses replays, graphics as well as statistics to create an engaging show that matches the speed and energy of live sports. 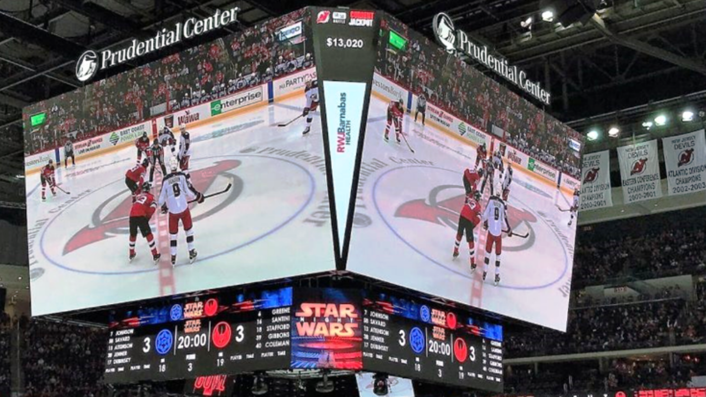 “Prudential Center’s roll out of EVS technology and the Unified Stadium integrations are indicative of how ambitious venue operators are in today’s live sports,” said Nicolas Bourdon, SVP Marketing at EVS. “Putting in place new technology is one thing, but putting together an entire creative and time-efficient workflow is key for a facility like this so they can engage with their fans from the moment they step in the venue. More than ever, sports teams need a way to deliver enriched video content to create a live experience unlike anything available at home.”

The Unified Stadium offering will be showcased in a dedicated demonstration area on the EVS booth during the 2018 NAB Show. The company is in the south lower hall – SL3816 – at NAB, which takes place between 9-12 April at the Las Vegas Convention Center.

EVS is globally recognized as the technology leader for live video production. The company introduced Live Slow Motion replay in 1994, and has continued to build on its reputation for quality and reliability with solutions that enhance live sports, entertainment and news content. Innovations – such as the C-Cast multimedia platform and DYVI software-defined switcher – are raising the bar for live production enrichment, management and distribution. Broadcasters, rights owners, producers and venues alike use EVS to maximize the value of their productions and increase revenue streams.
The company is headquartered in Belgium with offices in Europe, the Middle East, Asia and North America, and provides sales and technical support to more than 100 countries.