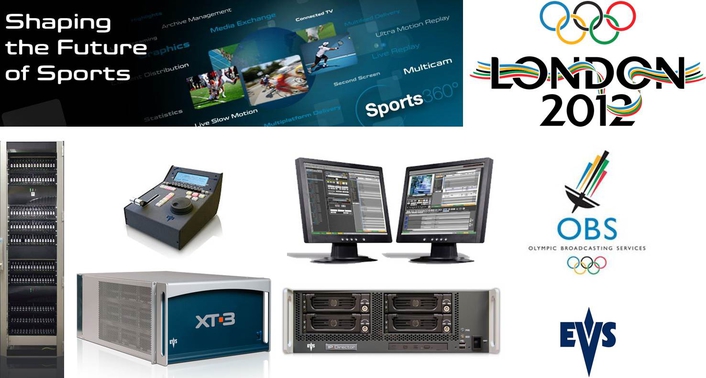 52 IPDirector suites will be operated by OBS production and editing teams for the management of media across the IBC workflow
EVS, a leading manufacturer of live broadcast and media production systems, is announcing a major deal with the Host Broadcaster OBS of next year´s major sporting event in London.  The deal covers the equipment of the live and near-live production infrastructure for the event including camera and multiple feed recording, live replays, slow-mo and on-the-fly editing solutions, central media archive, advanced content management and media sharing workflow systems. The value of this significant agreement is similar to the project in Beijing three years ago.

As part of this important contract, EVS will deploy more than 300 multichannel-XT series servers, across all the venues controlled by the advanced LSM remote system for all slow-motion, super-slow and ultra-slow motion replays over the two weeks of intense competitions. Additionally, based on the EVS servers unique hybrid networking operation system, all live recorded content will be fully controlled using IPDirector suites for quick highlight editing, first level logging, and fast turnaround media exchange between the IBC production teams.

52 IPDirector suites will be operated by all OBS production and editing teams for the management of media across the IBC workflow. The IPDirector will be used for second level logging of incoming feeds, the scheduling of the ingest, quick browsing and media searching based on logs and metatada, media selection and exchange with post production infrastructure as well as with unilateral broadcasters production teams.

The centrally located broadcast centre will see the installation of the new generation of the EVS media server, an online archive and media sharing solution enabling Host Broadcaster production teams as well as broadcast right holders to access all broadcast feeds and complementary camera feeds coming from the different venues, as well as dedicated highlight packages and clips. 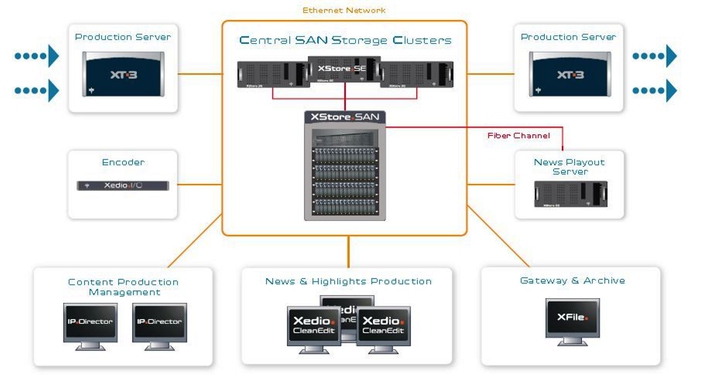 The media server will be composed of 12 XT3 servers dedicated to live feeds recording, and a live centric near line storage server based on EVS XStoreSAN technology offering a capacity of more than 360 TB and enabling to browse and exchange over 5,600 hours of HD content. In order to optimize media handling operations from any remote location, the Host Broadcaster will introduce the new web-browsing interface of EVS, the IP Web-browser, allowing production teams to review and select media hosted on the central server - based on auto generated proxy files – through the web.

The specific duties of the Host Broadcaster are as follows:
• Produce the international television and radio (ITVR) signals of the Games.
• Design, build, install and operate and then dismantle the International Broadcast Centre (IBC).
• Design, build, install, operate and then remove such facilities and equipment at the competition venues and select non-competition venues.
• Coordinate and provide various facilities and services to the Rights Holding Broadcasters (RHBs).
• Represent the needs of the RHBs to the Local Organizing Committee regarding a variety of facilities and services.
• Produce various features.
• Assist the Organizing Committee in the design and building of infrastructure needed at the venues to accommodate the needs of OBS and the RHBs.