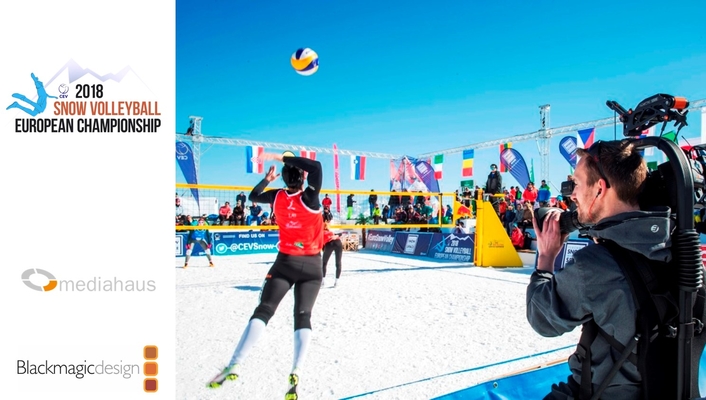 Austrian production specialist, Mediahaus, has delivered live coverage of the inaugural European Snow Volleyball Championships with a Blackmagic Design multicam set up, including two URSA Broadcast cameras. Staged at the top of an Austrian ski resort, in a specially constructed snow stadium, the finals were broadcast live on channels including ORF and Eurosport. Mediahaus delivered an international feed, big screen coverage for spectators and livestream content from a portable OB set up, built around an ATEM Television Studio HD Pro.

A quartet of Blackmagic Design cameras not only captured the action on court, but also the fun and funky atmosphere at the event. Two URSA Broadcast cameras, one with an ultra wide B4 Fujinon lens, were the main on court cameras, with a Micro Studio Camera 4K positioned high in the arena for beauty shots. 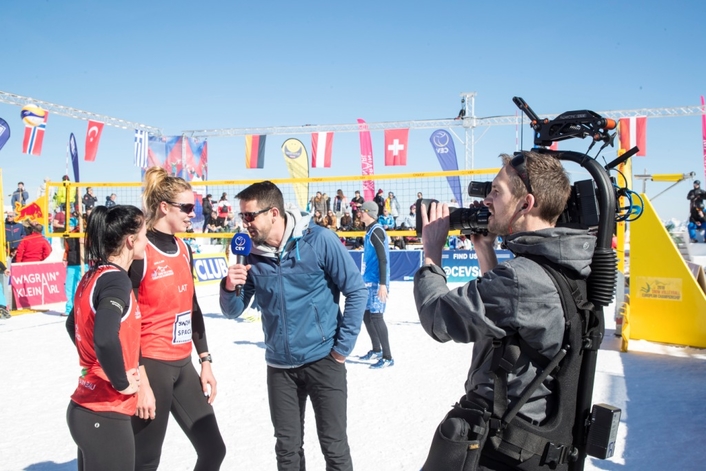 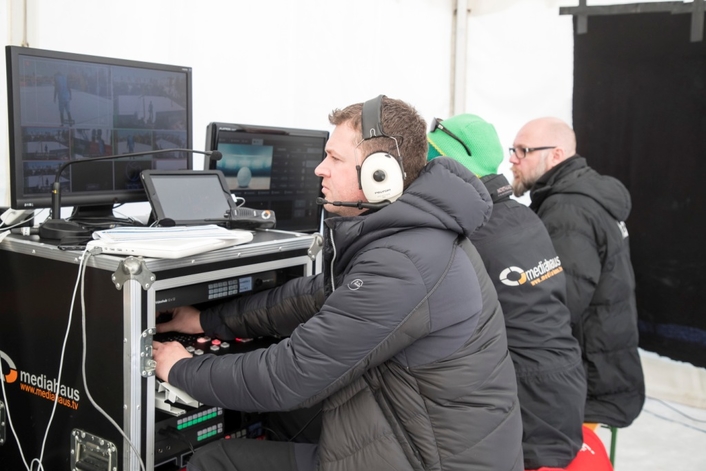 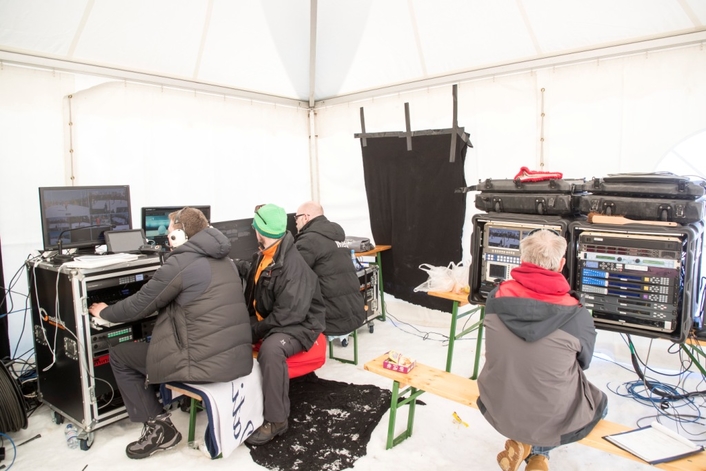 Both the URSA Broadcast cameras were paired with Blackmagic Camera Fiber Converters, delivering power, tally, talkback and camera signal all through one SMPTE cable. “We really appreciated the stability that the converter provides,” explains Wolfgang Angemüller, Mediahaus’ chief executive. “Previously we were working with smaller, more fragile converters, and there was always a degree of caution. The SMPTE connection is really robust, so you’re much more confident when operating.” 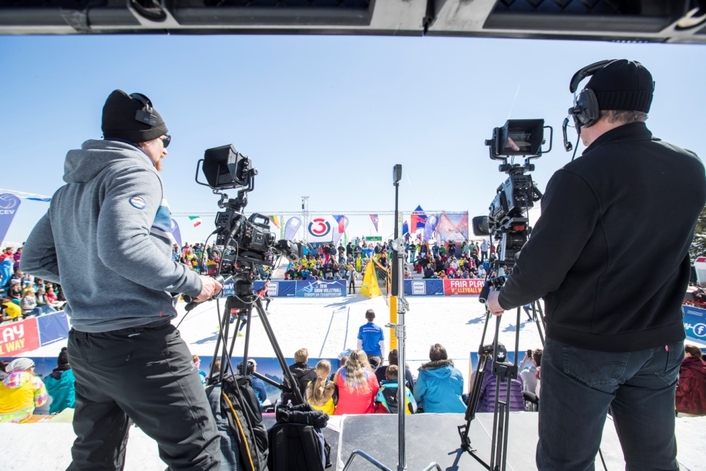 Completing the camera set up was an URSA Mini Pro on a wireless connection, which was dedicated to interviews with players and spectators. “Although this is a sporting event, the organizers wanted the live broadcasts to retain the young and relaxed vibe that all of the off-court entertainment, such as DJs and hot tubs, brought to the event,” Wolfgang continues. “So, the URSA Mini Pro worked fantastically as a roving ENG unit, transmitting a live signal back to the production desk in 1080i/50.” 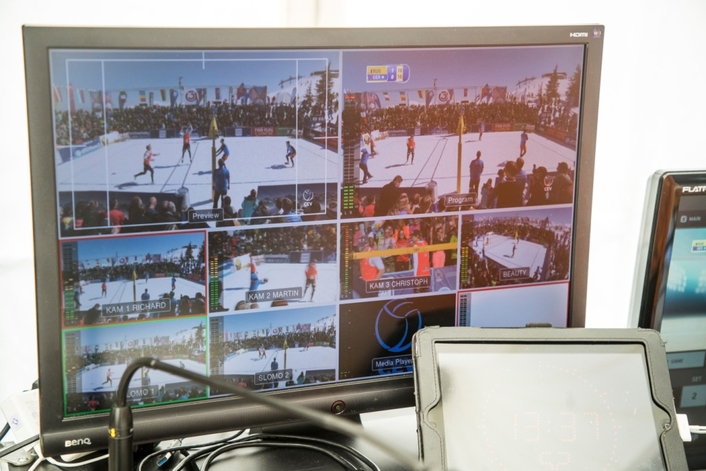 Designing a high quality OB system that could be transported to the top of the 2000m mountain was Mediahaus’ main challenge. “We knew that we couldn’t drive our OB van up the mountain, and it proved too heavy to heli-lift the van in. So, we looked at a live production system that we could pack into peli-cases and take up in the resort’s cable cars.” Once at the top, the team built a full Blackmagic Design OB system in a heated tent at the top of the mountain, next to the arena. 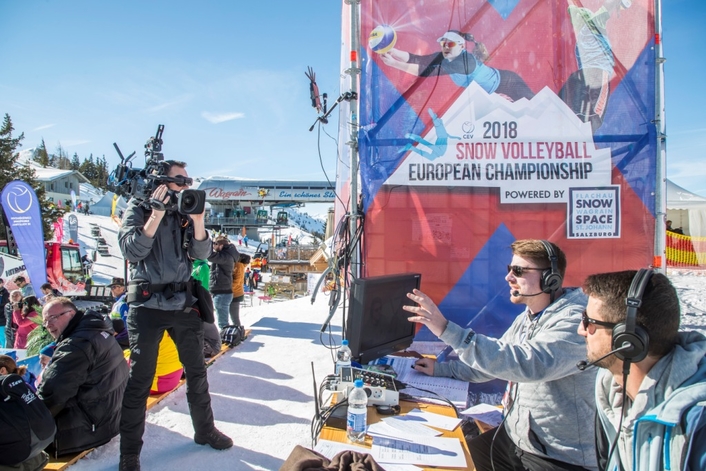 The ATEM Television Studio HD Pro provided an all in one switcher to handle signals from the four camera set up, action replay, as well as inputs from graphics package and bespoke scoring software. “Our main OB set up has a larger ATEM 2 M/E switcher as our production hub, and the ATEM Television Studio HD Pro is like its little brother - all of the production value that we rely on, but in a lightweight and portable unit.” 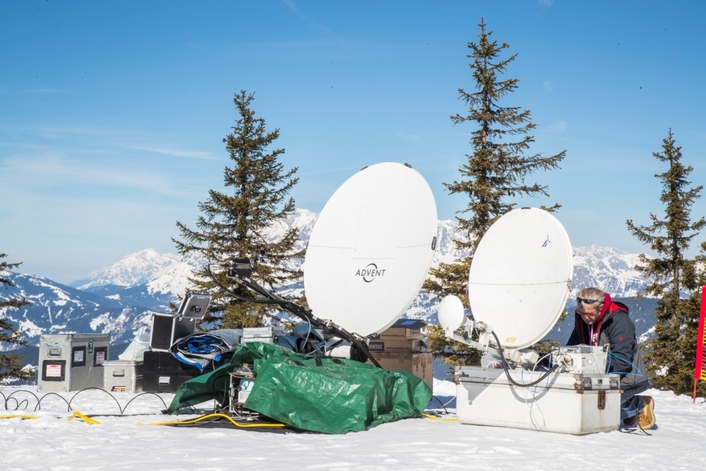 “With 34 volleyball matches in three days, with temperatures between -15 and 5 degrees, we really took the Blackmagic kit to the limit. But all of it from the cameras, to the converters, to the mixer and router were all incredibly reliable,” concludes Wolfgang. “In the end, 18 television stations around Europe, including several with extremely high technical requirements took the HD 1080i50 broadcast feed, which really demonstrates the quality of what we were able to produce with our compact and flexible OB system.”