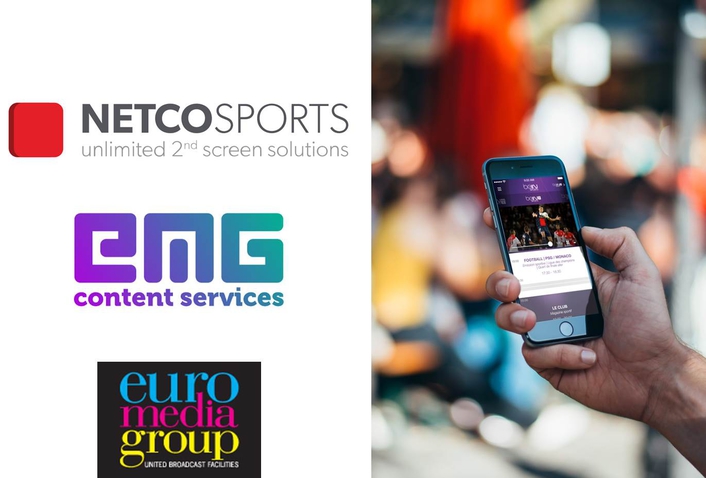 Netco Sports is a pioneer in innovation and creation of state-of-the-art solutions for the second screen in the world of sports, headquartered in France and with fast growing international presence including, Australia, Canada, Germany, Qatar, Singapore, Switzerland, US and the UK.

Netco Sports will operate as a fully integrated service within EMG Content Services, which will add second screen expertise to its existing video processing and management solutions, Video On Demand (VOD) and Over The Top (OTT) services. The addition clearly enables EMG to rise up the audiovisual value chain and accelerates the move towards disintermediation of content delivery.

EMG Content Services will be headed by Jean-Sébastien Cruz, founder and CEO of Netco Sports, who will report directly to Thierry Drilhon, Chairman and CEO of EMG.

Thierry Drilhon, Chairman and CEO of Euro Media Group, said, "Second screen is a revolution in the broadcasting ecosystem. Netco is innovative and creates disruptive technologies. This is a tremendous opportunity to combine talents and expertise, to extend and reinforce our group offer to our customers and accelerate our offensive digital strategy. I'm very enthusiastic to welcome Jean-Sébastien Cruz and his entire team to work in further consolidating our position with major sporting corporations."

Jean-Sébastien Cruz, Founder & CEO of Netco Sports, said, "it's a pleasure to join EMG and approach the market together with a 360° offering, we are looking forward to merging our strong expertise to address our clients needs. EMG and Netco Sports will join forces to provide a winning and unique combination of broadcast and digital innovations in the world of Sport".

About EMG:
Euro Media Group (EMG) is Europe's leading provider of broadcast facilities and services, active in 7 countries: France, Belgium, the Netherlands, Germany, the UK, Switzerland and Italy.
The Group combines unique know-how and world-renowned expertise to master the entire value chain from image creation to distribution. EMG places innovation at the heart of its strategy, allowing the group to offer its customers unrivalled services to enrich and manage high value-added content and to provide viewers and internet users an ever richer and more exciting experience.
New-media driven, EMG is a valued partner for major international events, including sport (Tour de France, Football World Cup and Formula One...) live shows (Eurovison, Royal Weddings, Concerts...) and entertainment (The Voice, Masterchef, the X-Factor...)
EMG owns the largest range of studios and collection of studios as well as the greatest fleet of mobile facilities in Europe.