ESPN Roars Back into Action at Indy

Debut of Visor Cam, Race Strategist Predictive Analytics: With 96 cameras, 14 of them onboards, the Indianapolis 500 is again one of the largest sports productions of the year

ESPN is back at Indianapolis Motor Speedway this Memorial Day weekend for one of the largest productions on the annual sports calendar: the Indianapolis 500. As usual, the Indy 500 telecast on ABC will offer not only scale, with a whopping complement of 96 cameras, but also a bevy of high-tech treats, including the debut of the Visor Cam mounted on two drivers’ helmets, the debut of ESPN Race Strategist predictive analytics, and 14 cars outfitted with onboard cameras — the most ever writes Jason Dachmann, Chief Editor at SVG.

“From an operations standpoint, we’re tasked by production to provide the best technology possible to make their vision happen. And we definitely have a very wide array of technology this year,” says Dennis Cleary, associate director, remote operations, ESPN. “We’re at 96 cameras, which is probably the most used to produce any sporting event and is in line with a Super Bowl or a [CFP] National Championship. And it’s done over a huge footprint with a 2½-mile track, so a lot of fiber cable and fiber termination gear is required to make it all happen. It’s all put together by the great motorsports team that we have in the field.”

Visor Cam Puts Viewers in the Driver’s Seat
The race on Sunday will mark the first live use of Visor Cam, which was introduced on ABC’s IndyCar telecasts earlier this year. Mounted to the helmets of drivers Graham Rahal and Josef Newgarden, the ultra-miniature camera will provide a unique view from the perspective of the driver, and ESPN hopes it will provide fans with the experience of being in the driver’s seat, revealing how G forces move the driver’s head and body around and how wind and bumps affect the car.

Visor Cam is the result of an intensive collaboration between ESPN and IndyCar. The camera was previously used during practice sessions and was used to create course-description features for the Firestone Grand Prix of St. Petersburg in Florida in March.

“We are incredibly excited about Visor Cam. For the first time ever, fans will be able to literally see exactly what the driver sees at over 200 mph. This has potential to change race coverage forever,” says ESPN Coordinating Producer, Motorsports, Kate Jackson. “We couldn’t have brought this innovation to our telecasts without the help of our partners from IndyCar. We greatly appreciate their vision and willingness to experiment with new ideas on television.” 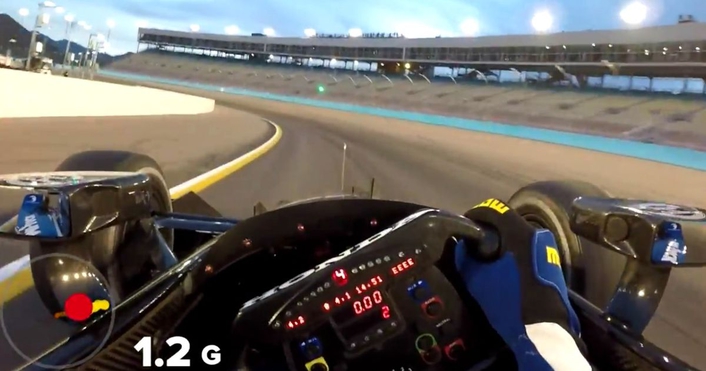 ESPN Race Strategist Goes Inside the Numbers
Also making its Indy 500 debut will be ESPN Race Strategist, a predictive-analytics system designed for ESPN by Pit Rho that provides deeper metrics of the action on the track. The system, introduced this year, supplements ESPN’s traditional scoring tickers and graphics with additional information related to race strategy, such as tire-compound choices and laps on tires, fuel windows, and optimal laps for pitting, as well as predictive analysis of positions, lap-time falloff, and probability of cautions.

“ESPN is always looking for new ways to serve the sports fan better, and this technology has been the next step,” says Jackson. “Racing can be like watching a chess match: you have to be able to see what is being set up, not just what is happening right now. This innovation has allowed us to present strategy information in a way that IndyCar fans had never seen before. We have been very pleased with the way the Race Strategist has fit into our first two race telecasts of the season and look forward to continuing to find ways to inform our fans using this technology.”

Eight Dozen Cameras at the Speedway
The Indy 500 always calls for one of the largest camera complements of any live sports production, and, this year, ESPN has rolled out 96 cameras.

A record 14 of the 33 cars competing will be outfitted with onboard cameras (that number includes the two with Visor Cam). The 12 cars without Visor Cam will have three cameras each: a 360-degree roll-hoop camera on the top of the car, another mounted in the sideview mirror for the driver shot, and a fixed forward-facing camera mounted on the rear wing. In addition to being featured in the ABC telecast, the 14 cars will have a live stream available to fans on ESPN3 (transmitted via a 14-channel transmission mux out of one uplink).

BSI is once again on hand to provide all the onboard cameras and manage the RF frequencies required. Given the record-high number of onboards, ESPN will not have the dual-path RF capability it has had in the past, which allowed the truck to view two camera feeds at once inside the truck.

“We have always had to manage frequencies and make a decision as to what cars get two paths and what cars get one to get to the magic number of paths available frequency-wise,” says Cleary. “This year, all 14 cars will have single paths because, between [onboards] and all of our other RF needs, we’re hitting our max as to what we can get. There are only so many frequencies available in the Indianapolis area.”

Also new this year will be a pair of Sony HDC-4300 high-speed cameras (replacing the NAC Hi-Motion II’s previously used) running at 8X slo-mo (or 6X if it is cloudy and there is not enough sunlight) and positioned outside of turn one as a robo and outside of turn two as a hard camera.

More than a dozen robotic cameras provided by Fletcher will be on hand, highlighted by four robos delivering overhead views of the pits. BSI has provided an RF SteadiCam for prerace coverage, as well as four RF handhelds for race coverage (three with pit reporters and one roving the track). In addition, a Helivision chopper will provide all aerial coverage.

Inside the Indy Compound
A total of nine mobile units are at the truck compound this week, led by NEP’s ND7 (A and B units), which will serve as the primary production truck for ABC’s telecast. Formerly known as SuperShooter 21 (ESPN’s longtime motorsports truck), NEP has upgraded the truck since last year’s Indy 500.

ESPN will also produce the world feed, as it does on all IndyCar races, for ESPN International and other international rightsholders out of a Midwest Uplink truck. The world-feed production takes a clean feed from ND7 and also has its own beauty-shot hard camera for transitions. 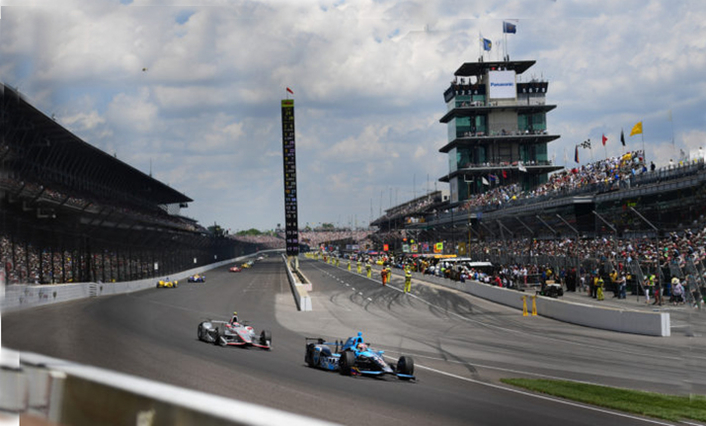 The prerace show, hosted by Lindsay Czarniak from ABC’s onsite set located at Indy’s iconic Pagoda, will also be produced out of ND7. Jackson, who will produce the prerace show and director Chip Dean will swap out with race producer Jim Gaiero and director Bruce Watson during the commercial break between the preshow and race telecast. ESPN’s production of the race telecast is led by Senior Coordinating Producer Amy Rosenfeld and Jackson.

In all, the production will be supported by 150 technical-crew members and will include 208 microphones (CLICK HERE for SVG’s Indy 500 audio coverage), 19 EVS servers, nine trucks, and four uplinks transmitting 17 satellite paths, as well as 170,000+ ft. of fiber cable.

“It’s a massive show, but the good thing we have going for us is, we’ve been in Indy for the past three weeks since arriving on May 8 for the Indy Grand Prix [on May 13],” says Cleary. “So a lot of the fiber was already run and a lot of the cameras stayed out. We also covered practice and qualifying, and then we’re constantly adding as we go to grow for the size of the 500.”