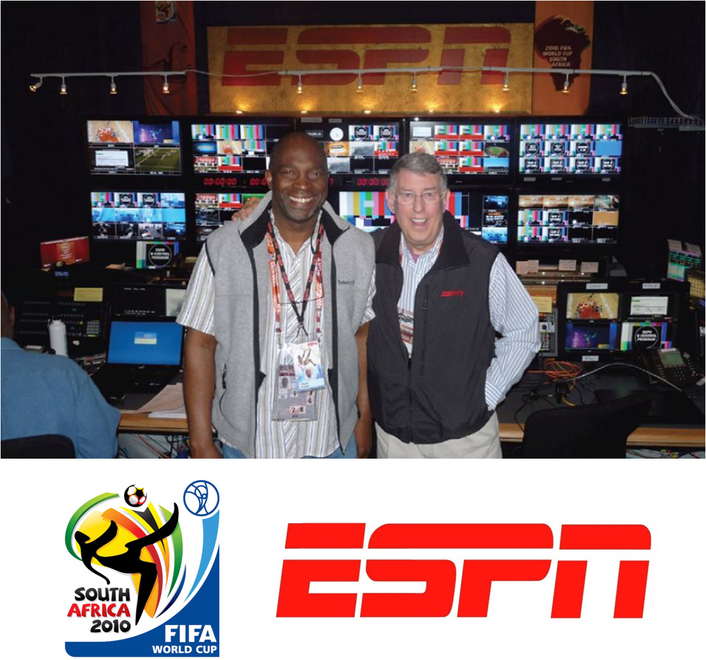 Claude Phipps (left) and Geoffrey Mason - utilising all platforms
This may be the fourth FIFA World Cup™ that Claude Phipps, Director of Special Proj­ects for ESPN (USA), has attended, and the fifth for Geoffrey Mason, Head of 2010 Production Planning, but there is still room for surprises. “This is the biggest operation that ESPN has undertaken for a World Cup,” explains Claude, “and the response has been fantastic.”

With approximately 400 people working for ESPN in South Africa – 350 of which are involved in the technical operations and production side – and a studio set built for the pre-, half-time, post- and nightly news programming, leveraging the “unique views of Soccer City” offered from the Outside Presentation Studios, ESPN is the second largest broadcaster at the IBC.

A background in engineering and a varied experience in sporting shows and events, including Monday Night NFL, NBA and MLS, has stood Claude in good stead for the 2010 FIFA World Cup™, especially as ESPN’s approach is very much that of a ‘Premium Broadcaster’.

“ESPN is utilising all platforms of broadcasting for this event – the competition is most definitely a priority,” explains Claude. One platform being used is the en­tire 3D package on offer, the 25 matches produced by HBS on be­half of FIFA and Sony, with which ESPN is launching their 3D channel in the USA.

“We are bringing together all facets of the company to create a uniform coverage approach,” concludes Claude. With the ENG v USA match beating the NBA playoffs in the ratings, it’s an approach that certainly seems to be paying off for ESPN.

Since 2007 the two executives have been coming to South Africa regularly in prepara­tion for this immense challenge. “I have been deeply involved in big event coverage since 1968,” Geoffrey says. “Seven Olympics and five FIFA World Cups have given me a pretty good perspective on how well this 2010 South African event is progressing. And it is pretty simple: the facilities provided by FIFA TV, the service offered by FBST, and the game (and feature) coverage offered by HBS here are unparalleled in my broadcast experience.“

“Never have I seen MRLs provided with such a rich panoply of options,” concludes Geoffrey, “and it certainly leaves us with no excuse but to succeed - as never before.” 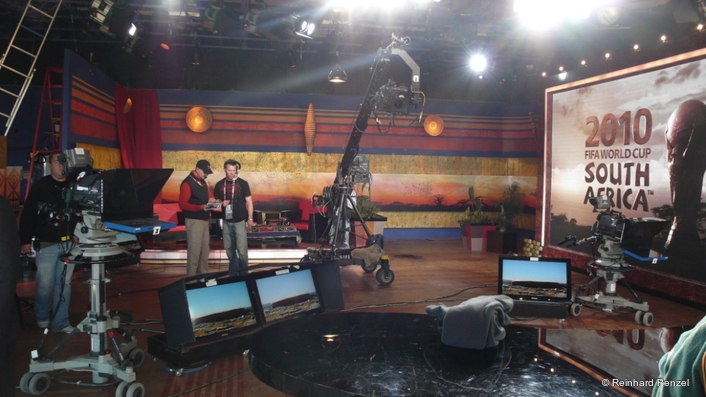