Rugby Engage Super League
Engage Super League action is set to be seen by more people than ever before in 2010 as television and the internet help expand the competition’s horizons to previously unreachable levels.

In 2010 Engage Super League matches will be screened across some of the biggest cities in the USA after the RFL struck a broadcast deal with America One, a national television network reaching an audience in excess of 35 million households in 125 markets. 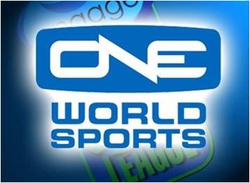 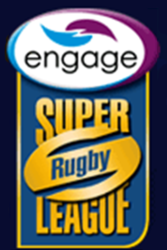 Nearer home, the early indications are that Engage Super League is in line for a bumper year with last Friday’s match between Crusaders RL and Leeds Rhinos at the Racecourse Ground, Wrexham, attracting a record peak audience on Sky Sports for an opening round fixture.

The viewing audience for the Crusaders-Leeds game, which was watched by a record crowd for a Welsh club Rugby League fixture in the Principality, was 35 per cent higher than the fixture between the same two clubs at Headingley which kicked off the 2009 season. 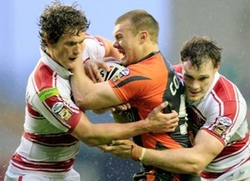 Online, video highlights of matches on www.engagesuperleague.co.uk are expected to reach higher levels in 2010 with traffic on course to exceed those witnessed during last autumn’s Gillette Four Nations, when over 100,000 video streams were downloaded in just three weeks.

From next Monday, free-to-watch extended video highlights of the seven matches in every round of Engage Super League will return to www.superleague.co.uk when the RFL expects one of its busiest months.

“January traffic on the Super League site was at an all-time high and we are expecting this to be the biggest year yet for Super League online,” said the RFL’s Internet Manager Matthew Trumble.

“Video is extremely popular on the Super League site and making clips available on as many different platforms and channels as possible will be our priority in 2010.

“We have thousands of followers on social network sites like Facebook and are considering options for emerging technologies and platforms such as ipad, html5 and Android.

“The way people consume their sport is changing, more people are using digital channels and clubs are also making more use of their own club highlights on their websites,” said Kimberley.

“We have had almost 10,000 people sign-up to the new online fantasy game Dream Team in just a few weeks.

“We need traditional channels, which is why the deal with America One and the coverage it brings is important, and we want to secure more distribution in the States, but increasing the channels people can follow the sport on is also important.

“The figures from last Friday’s match at Wrexham are very encouraging. To get a record crowd at the ground and record viewing figures on Sky Sports is fantastic and we are looking forward to what the rest of the season will bring.”

This weekend sees all 14 Engage Super League clubs in action when the aggregate attendance is expected to exceed the 77,911 who turned out for the seven Round One matches 12 months ago. 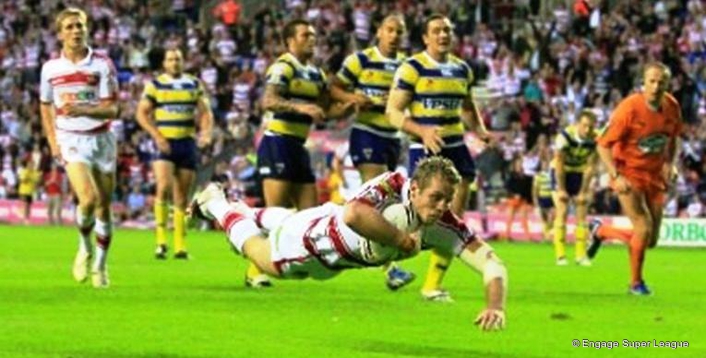 This weekend sees all 14 Engage Super League clubs in action