Euro Media Group, one of Europe’s leading provider of broadcast facilities and services and active in 10 countries, was commissioned by UEFA to supply the host broadcast production of the UEFA Super Cup in Budapest on September 24th with its next generation truck Nova 103. This UHD/HDR truck is one of the brand-new twin trucks Nova 103 & Nova 104 built by Euro Media Group this year. While the truck has been touring a lot around France on major events over the summer for Canal+, the event was the Nova 103 truck’s first venture outside of the French borders.

“EMG is proud to have been appointed by UEFA to supply a powerful next generation truck for the production of the UEFA Super Cup, a very prestigious match between UEFA Champions League winners FC Bayern Munich and UEFA Europa League winners Sevilla FC”, said Francois-Charles Bideaux, co-CEO at Euro Media Group. He added: “Nova 103 is a state of the art UHD/HDR truck. Part of EMG’s Premium offer, it is extremely suitable to cover big international events, such as this one.” 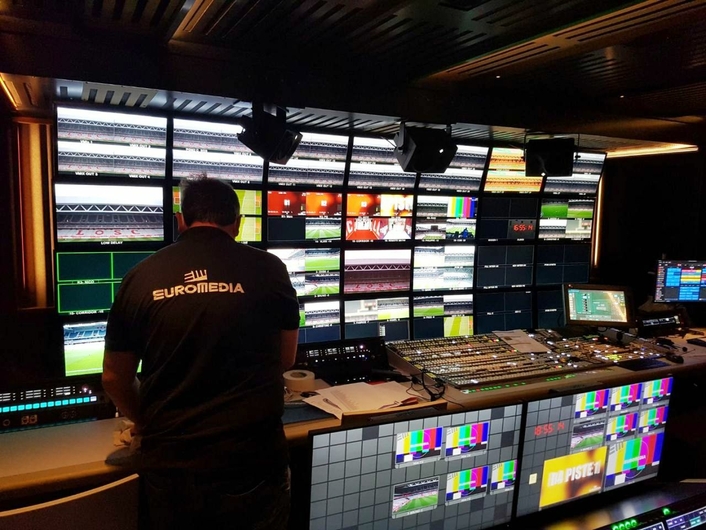 Very spacious and kitted out with the latest technology, Nova 103 is paired with its twin truck Nova 104. Both trucks are equipped for large, high-end sports productions and both have been commissioned as host broadcasting trucks for UEFA EURO 2020, scheduled to occur from 11 June to 11 July, 2021. Due to being broadcasted all over the world, very large international sports events such as the UEFA Super Cup require a strong processing power allowing for production feeds in multiple formats and a video switcher suited for simulcast production. Nova 103 and Nova 104 can output multi-format feeds: UHD 3G-SDI HDR 1080p50, UHD 3G-SDI SDR 1080p50, HD SDI SDR 1080i50 & HD 3G-SDI SDR 1080p50. 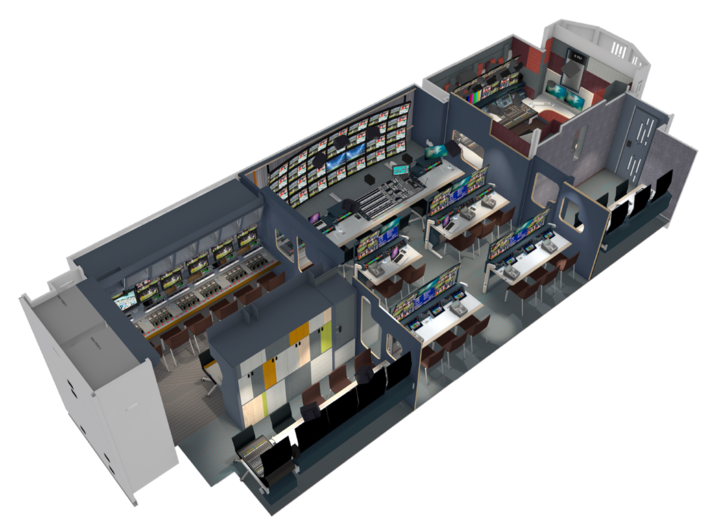 The triple extension trucks are both equipped with ultra-modern technologies such as the Grass Valley K-Frame X mixer; the Lawo MC56 mixing console and the EVS Cerebrum control system; full IP audio & intercom.

A 360° virtual tour of the trucks is available here. 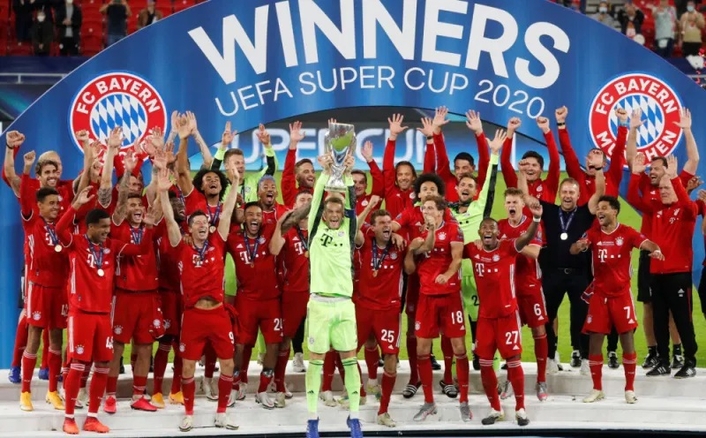 UEFA – the Union of European Football Associations – is the governing body of European football. It is an association of associations, a representative democracy, and is the umbrella organisation for 55 national football associations across Europe.

Its objectives are, among other things, to deal with all questions relating to European football, to promote football in a spirit of unity, solidarity, peace, understanding and fair play, without any discrimination on the part of politics, race, religion, gender or any other reason, to safeguard the values of European football, promote and protect ethical standards and good governance in European football, maintain relations with all stakeholders involved in European football, and support and safeguard its member associations for the overall well-being of the European game. 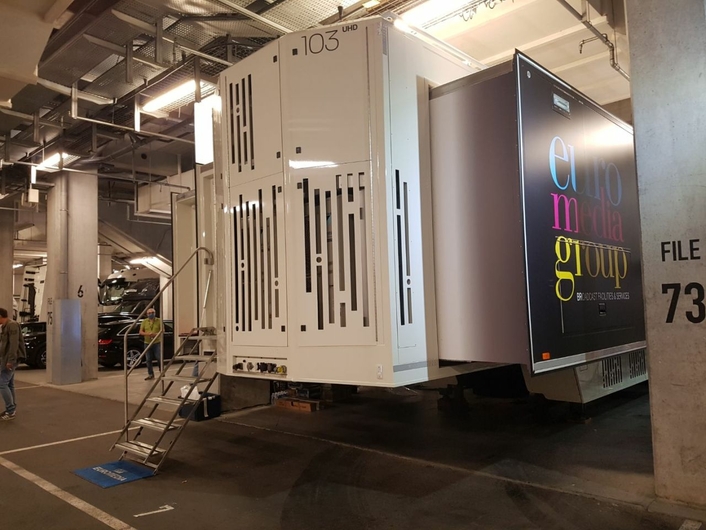