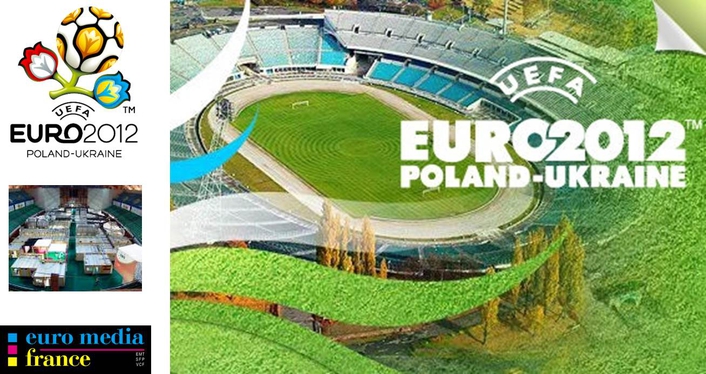 .
Euro Media France will dispatch a large amount of audio and video equipment to Poland and the Ukraine, specifically 5 OB trucks, more than 100 cameras and around 100 technicians in order to cover the 40th European Football Championships, taking place from the 8th June to the 1st July this year.

Euro Media France was chosen by UEFA to produce the International Signal for the matches taking place in 2 Polish stadiums. As such, four dual OB trucks will be sent to the Polish competition sites:

Digital Vidéo Sud (DVS), subsidiary of Euro Media France, will also provide four teams of engineers in order to man the 16 ULTRA MOTION slow motion ‘Superloupe’ cameras which will be shared out between the stadiums of the competition. 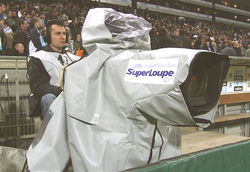 To compliment this, DVS has developed a new operation which will allow for all of the 16 Superloupes (located in both Poland and the Ukraine) to be controlled from the IBC in Warsaw. A DVS supervisor located in the Polish capital will manage the accuracy and the similarity of the Superloupes’ colorimetric adjustments. He will also be able to perform maintenance tasks remotely if necessary.

In addition, Euro Media France will provide the graphics for TF1 and M6 during the French team’s matches, which will take place in the Ukraine. OB truck XL3 will accompany the French team’s journey throughout the competition until the final stages.