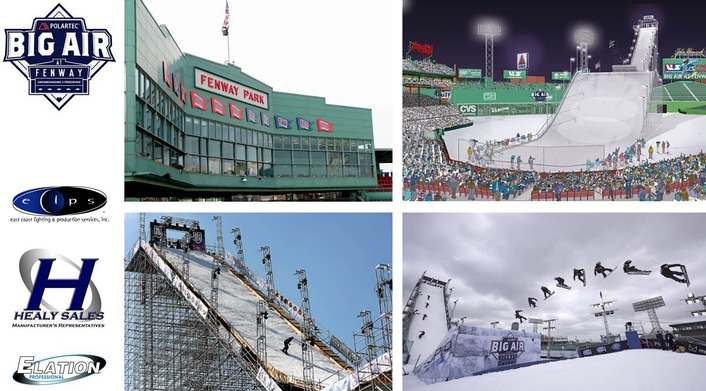 The Elation EPT6IP panels were used for portrait walls on each side of a large take-off ramp. East Coast Lighting & Production Services, Inc. (ECLPS) supplied the panels for the event, working with Elation rep firm Healy Sales and ECLPS’s client Mission Six. 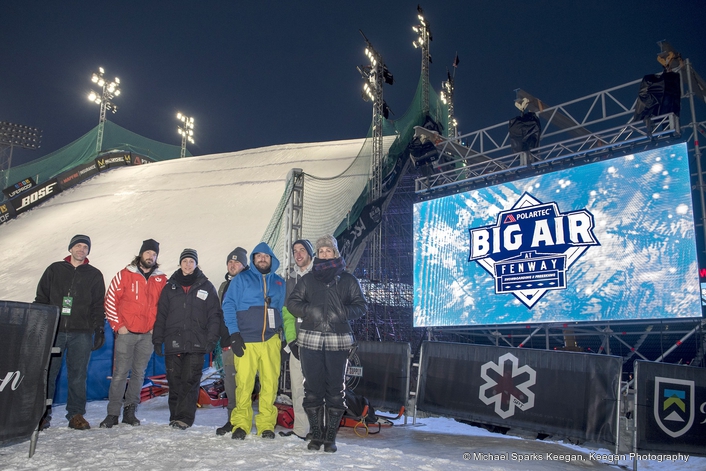 Big air events consist of snowboarders and skiers competing with a single trick off a ramp. The snow ramp for "Polartec Big Air at Fenway" was 140 feet high (its overall height with start structure and lighting was 155'), taller than the light towers at the ballpark and nearly four-times the height of Fenway Park’s famed left field wall.

The smaller EPT6IP LED screen was designed as an IMAG screen to catch close up shots of the expression on riders’ faces as their scores were announced. The larger screen was used as a remote screen for those seated to the side of the ramp who did not have a direct view of the competition and could benefit from a magnified view. 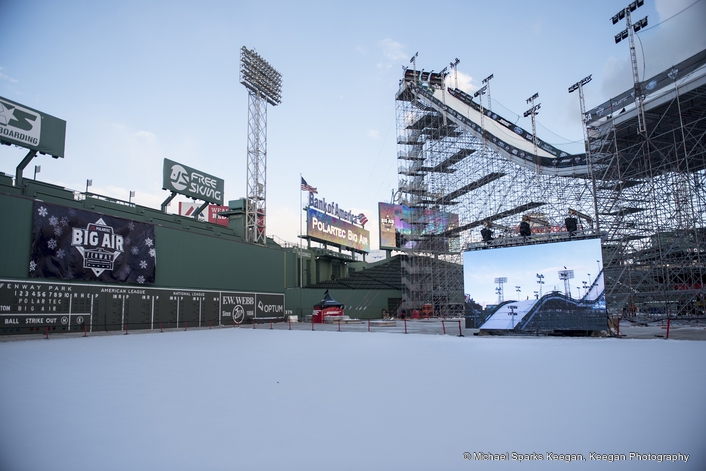 The two screens were mounted on free-standing scaffolding structures and had to endure wind chill temperatures as low as -5˚ to -10˚F. “The panels were chosen for their outdoor ruggedness and they held up AMAZINGLY!!” says Nate, who names the outdoor rating and 6.67mm pixel pitch as the most important features of the panels for the event. An Elation-distributed Novastar NovaPro HD™ was used for processing.

Elation and Healy Sales were on site for support and troubleshooting, a level of service that was much appreciated. Nate states: "I want to personally give props to "Red" Walter, Chris Tesoro, Jonathan Schwille and Eric Loader from Elation. Both Elation and Healy Sales went above and beyond on this project. Not only is the product stellar, but it is also matched in technical and customer service."

Olympic and World Champion snowboarders and skiers participated in the event, which was televised on NBC Sports Network and attracted spirited crowds over the course of the two days. Men’s and women’s big air snowboarding will debut at the 2018 Winter Olympics in PyeongChang, South Korea. 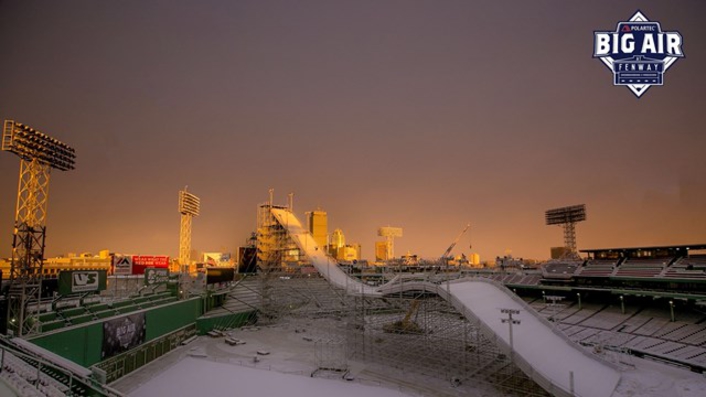