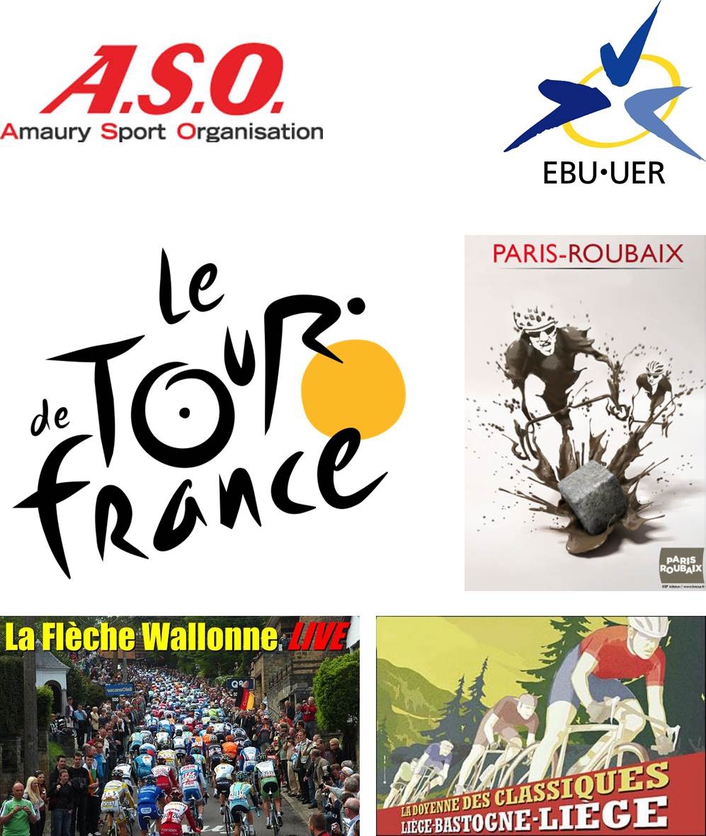 EBU & A.S.O. are working together to ensure that cycling events are broadcast on other major general-interest channels in Europe
The European Broadcasting Union (EBU) and Amaury Sport Organisation (A.S.O.) have signed an agreement for broadcasting cycling events organized by A.S.O.

The agreement covers the next few years from 2012 to 2015 and the events Tour de France, Paris-Roubaix, Liège-Bastogne-Liège, Flèche Wallonne Hommes & Femmes, Paris-Tours, Paris-Nice, the Critérium International and the Tour de l’Avenir. This means that on the European territory these events will enjoy coverage on the traditional analogue general-interest channels and on a pan-European sports channel. RTBF will provide the signal for the Flèche Wallonne and the Liège-Bastogne-Liège, while the other events, including the Tour de France, will be covered by France Télévisions with which A.S.O. has signed an agreement up to 2013.

"We are extremely pleased to give the European audience the opportunity to follow these prestigious events live, and especially the Tour de France, which we know is highly successful in all the European countries that it sometimes crosses," says Ingrid Deltenre, Director General of the EBU.

Yann Le Moenner, the Director General of A.S.O., is also pleased to be working with the EBU: "The huge popularity of these events and the audiences they attract throughout Europe have not decreased with time. Thanks to the EBU and its Members, these events will be accessible to the largest number of people, enabling the magic relationship between cycling and its audience to continue."

The European Broadcasting Union and Amaury Sport Organisation will also be working together to ensure that cycling events are broadcast on other major general-interest channels in Europe.

The EBU serves 85 national media organizations in 56 countries in and around Europe. It represents its Members and promotes the values and distinctiveness of public service media in Europe and around the world. The Eurovision and Euroradio networks deliver news, sports, events and music to EBU Members and other media organizations. Services to Members range from legal advice, technical standardization and development to coproduction and exchange of quality European content.

Amaury Sport Organisation is a company that owns, creates and organizes major international sports events. A.S.O., a subsidiary of Editions Philippe Amaury, organizes 200 competition days per year for 50 events, such as the Tour de France, the Dakar Rally, the Paris Marathon, the Alstom French Open golf tournament. A.S.O. has in-house expertise in all the various sectors linked to organizing, marketing and media coverage of sports events.