DPA Microphones Helps UEFA Deliver the Roar of the Crowd 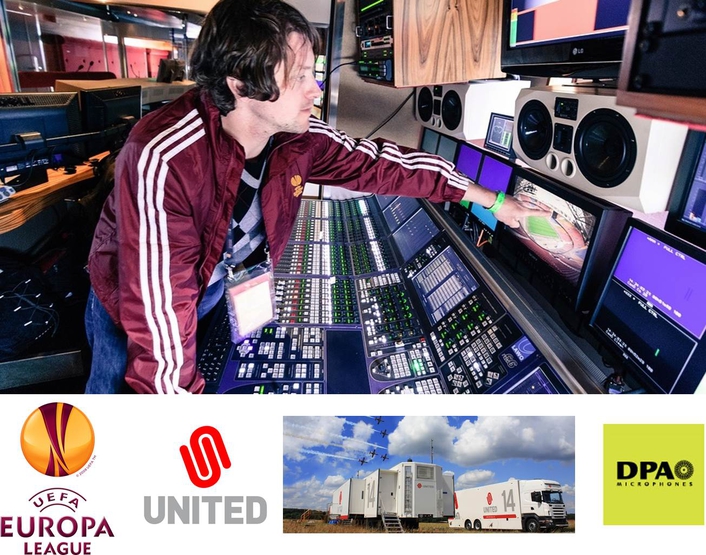 DPA’s 5100 Mobile Surround Microphone proved to be the perfect choice to capture the ambience at the UEFA Europa League Final
As every football fan knows, the roar of the crowd at a major game is just as important as the action on the pitch when it comes to truly experiencing the excitement of the event. With this in mind, Outside Broadcast specialist United chose DPA Microphones’ 5100 Mobile Surround Microphone to capture the ambience of the Amsterdam Arena when SL Benfica played Chelsea in the 2013 UEFA Europa League Final.

Huub Lelieveld, Senior Sound Supervisor for United Outside Broadcast and Studios, says: “UEFA was adamant that the broadcast quality had to be top class as this was a huge 35 camera production that was going out to broadcasters all over the world. We wanted to make sure the audio quality would be as high as possible and that we captured the ambience of the stadium in phase coherent surround so that it sounded huge in surround, but also still sounded great in stereo and even mono.” 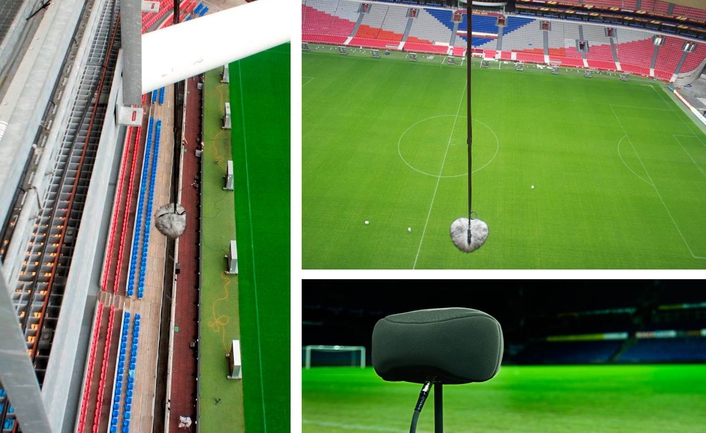 Widely regarded as a surround ambience adder, DPA’s 5100 Mobile Surround Microphone was perfect for the task because its compact size and ease of use comes at no sacrifice to stunning sound quality. Ideal for bringing truly engaging surround ambience to sport events, documentaries and other ambience applications, especially for HDTV production, these microphones require no external signal processing and are versatile enough to be mounted on a camera or microphone stand, suspended, or simply handheld via a hand grip.

Lelieveld, in conjunction with his colleague Mischa Kortleve, tested the DPA 5100 microphone during one of the UEFA preliminary rounds in the Amsterdam Arena to ensure they were the right choice for the important Cup Final event on May 15th. The microphone was supplied by DPA’s Dutch distributor Amptec.

“We recorded all our microphones to multitrack and decided, after extensive listening tests, that the 5100 was perfect for the Cup Final,” he says. “The DPA 5100 was rigged in the catwalk of the stadium where it was able to capture the whole arena in surround. We complemented this system with four DPA 4006A Omni Microphones, which were hung from the catwalk in each of the four corners of the stadium, and we also used two DPA 4017B Shotgun Microphones positioned on our two Steadicams as these were smaller and lighter than the microphones we usually use.” 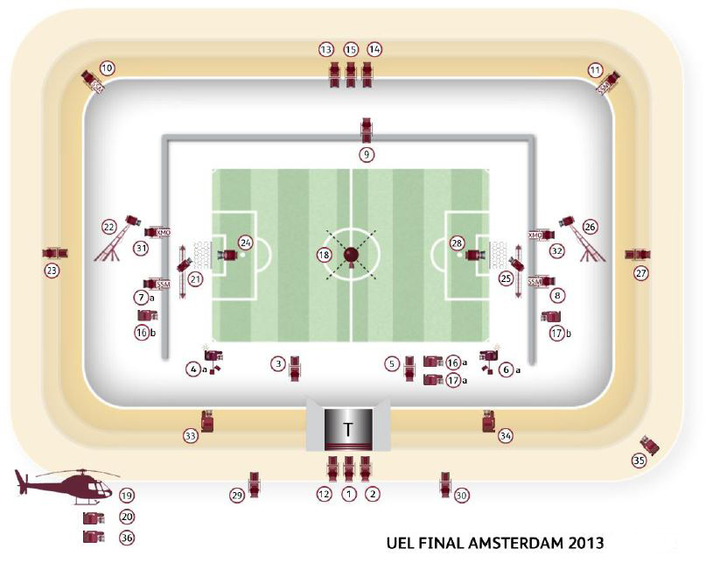 Based in Hilversum, Holland, United is part of the huge Euro Media Group that has production and post-production facilities in Belgium, France, England, Germany, Italy and Switzerland. United operates nine state of the art Outside Broadcast vehicles and mobile control rooms and provides broadcast facilities to capture major sporting events and live music concerts all over Europe.

“We were really delighted with the performance of all of our DPA microphones, but in particular the 5100 Mobile Surround Microphone, which sounded fantastic,” Lelieveld says. “It was incredibly easy to rig and protect from bad weather and was significantly less expensive than other microphone systems. Thanks to the DPA 5100 Mobile Surround Microphone, we achieved a rich, smooth and fully enveloping sound that was great in its coherence, channel separation and localization accuracy.”

For the UEFA Europa League Final, United provided the live broadcast feed to Infostrada Sports, which distributed it around the world. And for anyone who didn’t see the game, the final score was 2-1 to Chelsea.