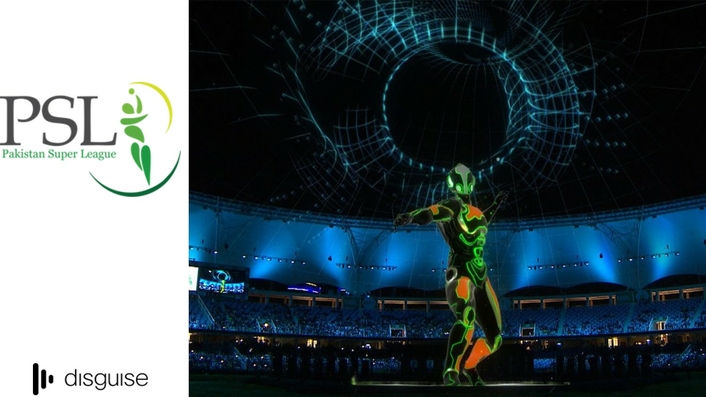 The Pakistan Cricket Board started the 2019 season with something truly spectacular. Right before the first match, an awe-inspiring opening ceremony took place at the Dubai International Cricket Stadium - but this was unlike any event ever seen in the tournament’s history. Broadcast to over 50 million people around the world, the 60-minute Pakistan Super League opening ceremony combined mind-blowing augmented reality graphics with live performances from global acts, including iconic 70’s funk band Boney M, Pakistan’s Junoon and solo stars Fawad Khan, Young Desi, Aima Baig and Shuja Haider. 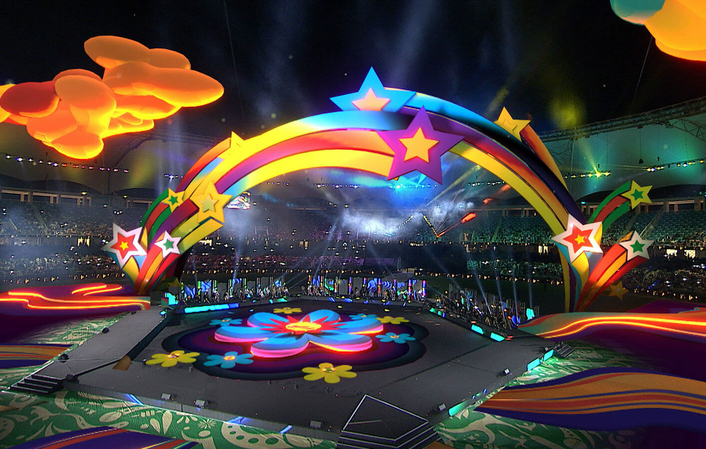 “With an annual global audience of 50 million people, our goal each year is to keep this an exciting and engaging component of the tournament, and to push the creative vision for both the television audience, and those in the stadium” stated Samer. “AR was something that we had wanted to try for this event, but it was always going to be a risk - this duration of real-time AR rendering had never been done before. We worked with ITW, explaining they would be the first hosts ever to orchestrate an opening ceremony of this kind, and once they gave the green light, it was all systems go!”

The teams used disguise gx 2 servers, designed for unparalleled generative content capacity, to render the AR content for the several artists performing, as well as the added spectacular elements. Creative Producer Urs Nyffenegger said, “The Notch and disguise combination was essential for the success of the PSL Opening Ceremony due to the adaptability, flexibility and unparalleled real-time workflow capabilities. Everything we were able to accomplish on this project was only possible because of disguise.”

A project as ambitious as this came with a host of its own challenges. Not only did the teams have a short turn-around time of just 45 days, but they had only 15 minutes to remove the stage from the Cricket pitch. “We have to take care of the pitch area and we have very limited time to take care of it,” said Samer. “Every time we ran a rehearsal, we could not pinpoint the stage exactly, so to calibrate with disguise and the stYpe Cameras during setup within an hour was amazing.” 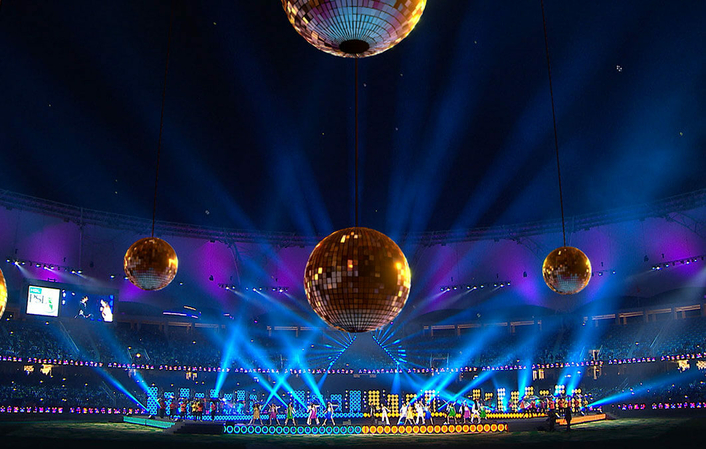 To add to the already complex event, the main headliner for the Opening Ceremony pulled out the day before, leaving the team to reconfigure the content with just 24 hours’ notice. With such a short turnaround, Scott Millar from Bild Studios chose Notch and disguise because of the proven compatibility and solid combination, meaning it would be delivered on time. To overcome the artist issue, a virtual DJ was flown out for the Opening Ceremony last minute. The user-friendly features of the disguise server meant the DJ content was immediately integrated with the compiled show.

“With disguise we were able to composite all six cameras feeds, with camera delay, with AR, and with the graphics on top to present that composited output to the vision mixer to the camera returns, and we were able to do that for two cameras per server. This is a huge benefit over other systems. In the world of live events, with disguise, you are really able to send ‘stuff’ everywhere,” said Scott.

The disguise servers made calibrating the cameras prior to the show simple and managed all the input from each camera. stYpe was the partner in camera tracking and provided custom tracking heads and third-party software to allow accurate tracking of the project for all six camera involved. They were able to pull off all tracking on time, with an 80% increase in the clarity and quality. 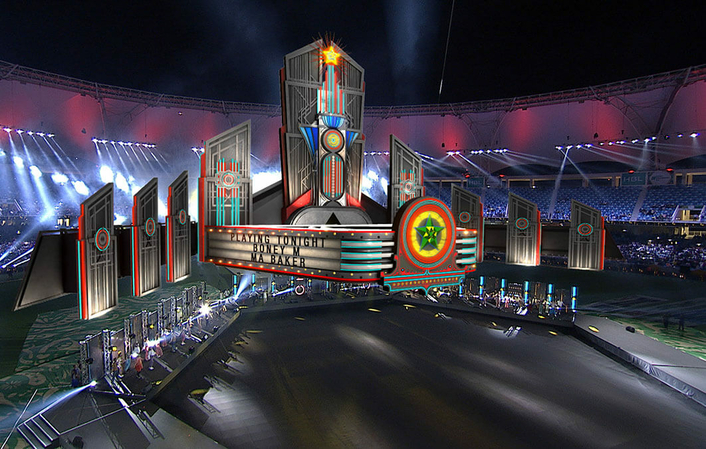 The disguise servers made calibrating the cameras prior to the show simple and managed all the input from each camera. stYpe was the partner in camera tracking and provided custom tracking heads and third-party software to allow accurate tracking of the project for all six camera involved. They were able to pull off all tracking on time, with an 80% increase in the clarity and quality.

“We built virtual cubes with LEDs to accompany the music set for the headline artist, and without the VJ they would have been black. Integrating his content was so easily assimilated I was amazed, it just worked with the disguise hardware, and in theory it is not so easy to accomplish,” added Urs Nyffenegger, who alongside the Studio One team provided the AR animation elements.

The PSL Opening Ceremony featured a disco scene, flying F16 jets, a 30-meter trophy, a robot that landed on stage, and more. The end result was a 45-minute live

show with 12 different AR scenes achieved using disguise, Notch, and Stype technology, combining AR and VR with live broadcast to over 50 million people around the globe. This accomplished the longest ever duration of an AR centered broadcast. 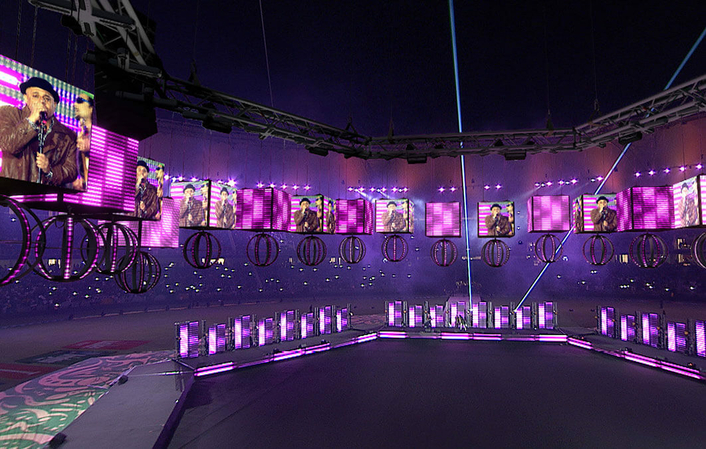 The Musketeers: Led AR work and content for the show

Notch: Workflow used to create the interactive and generative real-time visual content for the project.

disguise: The disguise software and gx 2 hardware was used to pre-visualise, as well as to physically generate playback of Notch content, alongside tracking all the data to calibrate the camera to allow for AR capabilities.

With offices in London, Hong Kong, LA, New York, and Shanghai, disguise is a developer of collaborative visualisation tools designed to help artists and technologists turn concepts into creation.

disguise works with some of the world’s most talented visual designers working on the largest and most complicated of projects, including concert tours for artists including U2, Rolling Stones, Beyonce, Lady Gaga and Ed Sheeran; live events including Coachella; theatre productions such as Frozen and Harry Potter; and a growing number of films, live TV broadcasts, corporate and entertainment events.