The University’s technology representative, Sound Concepts, knew that the school prized the ability to go the distance so it specified the DiGiCo S21 for its reliability as well as its cost-effectiveness 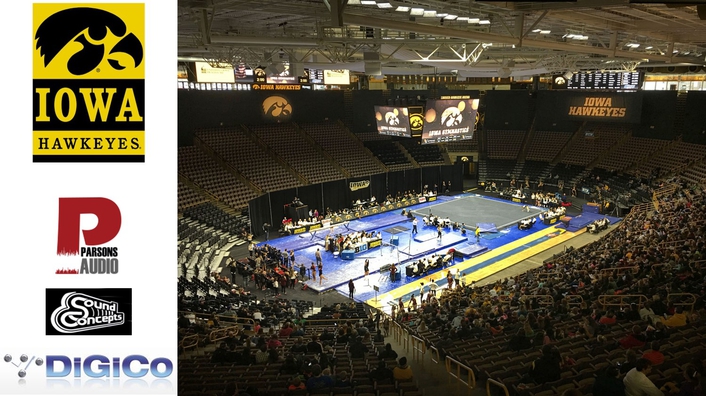 The University’s technology representative, Sound Concepts, knew that the school prized the ability to go the distance so it specified the DiGiCo S21 for its reliability as well as its cost-effectiveness

The University of Iowa knows how to maximize value. Carver-Hawkeye Arena, the 15,500-seat multipurpose indoor venue located in Iowa City that is home to the school’s legendary Hawkeyes basketball team—as well as the university's wrestling, women's basketball and volleyball teams—opened in 1983 and the sound system that was installed there then was the same one that fans listened to up until 2016.

When the school decided to upgrade the venue’s sound, its technology rep company, Sound Concepts, which is also the systems operator for the venue, knew that the school would be expecting that same kind of longevity from the next system, so it specified a DiGiCo S21 digital console knowing that DiGiCo reliability can be expected to see this new mixer through many upcoming years of unwavering service. In addition, the school also purchased DiGiCo's Purple Box MADI/Optical converter and a D-Rack, both housed in a single deployable case. 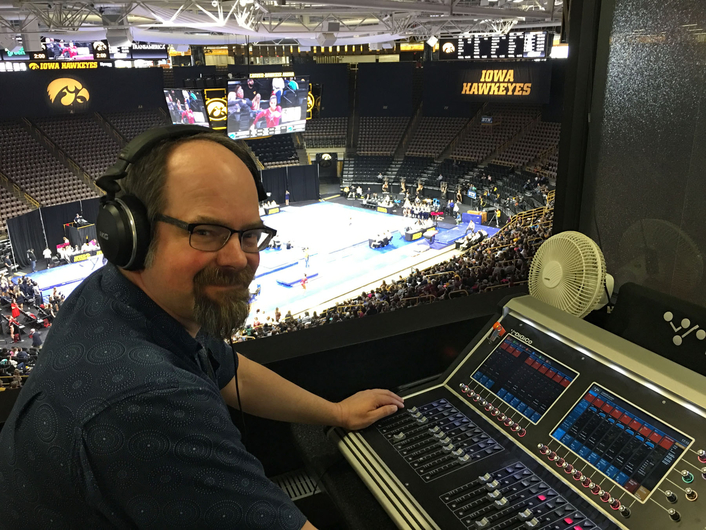 The DiGiCo S21, which was installed by AV systems integrator Parsons Audio, solves more than just the issue of durability. Marvin Smejkal, President of Sound Concepts, noted that the budget for the sound system’s renovation was cut substantially from initial estimates. That made the choice of the S21—a marvel of value engineering—even more critical to the success of the project.

“Nothing comes close to what the S21 can offer at that price point,” Smejkal states. “I knew I wanted a DiGiCo console for this project”—Sound Concepts has specified or installed them for numerous other projects, including for the University of Iowa’s Kinnick Stadium and the Paramount Theatre in Cedar Rapids, as well as several in the company’s rental inventory—“but the budget wouldn’t have allowed for one of the SD series consoles. However, the S21 delivers so much functionality for an incredibly cost-effective price.”

Smejkal cites the inclusion of the Purple Box fiber interfaces with the S21 and the D-Rack; this was important because the project required the use of existing limited cable conduit between the FOH position, the racks and the arena floor. “We needed to use fiber because of the limited amount of conduit and the long length of the cable runs,” he says. “The S21 package addressed that.” 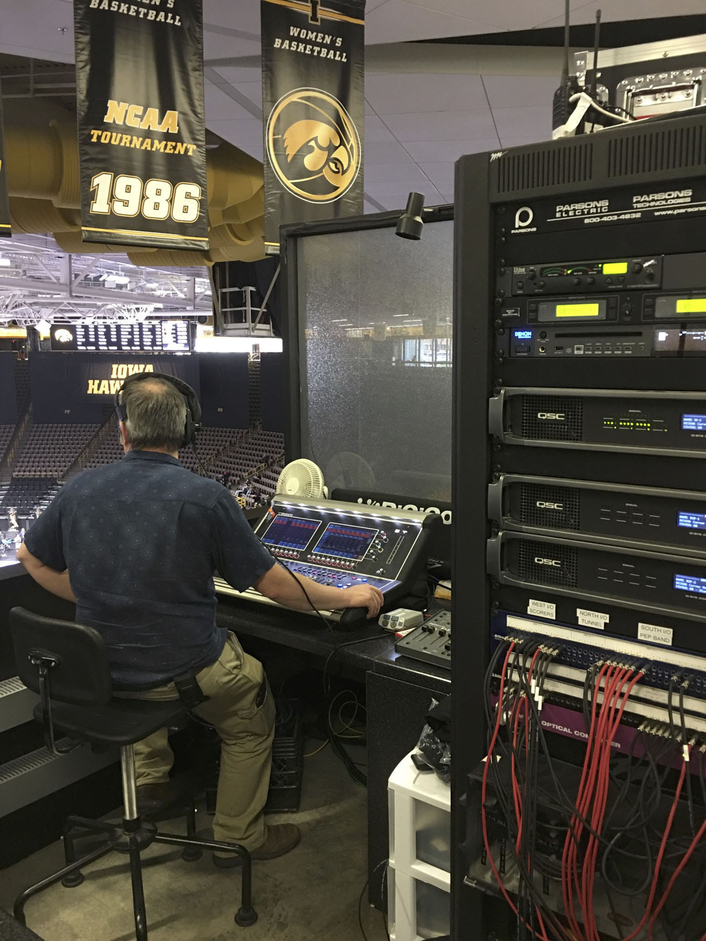 Another view of the arena’s production booth

The Purple Box MADI/Optical converter brought the new system even more signal-transport flexibility. Smejkal enumerates a few of the S21’s capabilities, such as its 40 Flexi Input channels, 10x8 full processing matrix, 16 assignable graphic equalizers, and Dante connectivity (which allowed the S21 to interface with the Q-SYS network connecting the PA system’s amplifiers at the Carver-Hawkeye Arena), concluding, “So much of what the S21 can do—and that’s a lot—is included in the price. For a situation like this, with a limited budget but high expectations, the DiGiCo S21 is the only real solution.” 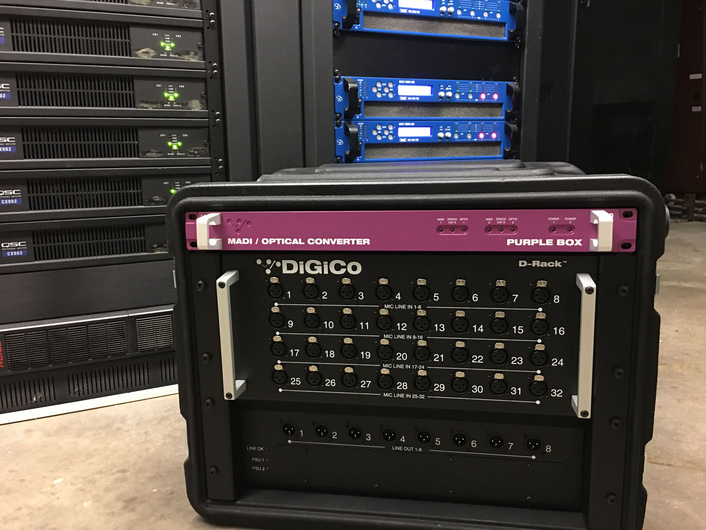 DiGiCo is a UK-based manufacturer of some of the world’s most popular, successful and ground-breaking digital mixing consoles for the live, theatre, broadcast and post production industries and is exclusively distributed in the US by Group One Ltd. of Farmingdale, New York.