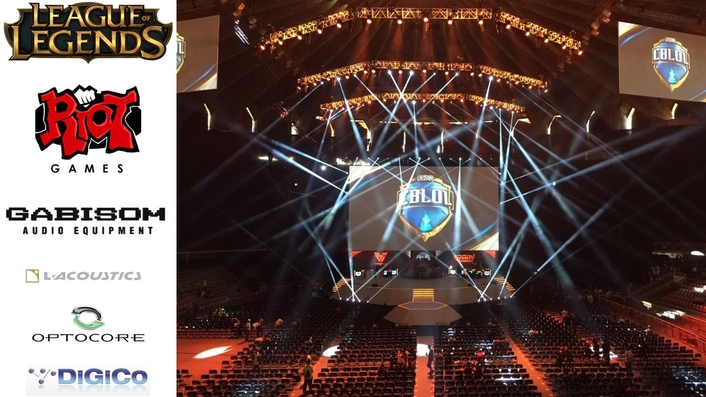 Developed and published by Riot Games, ‘League of Legends’ has become one of the world’s most popular third-person multiplayer online battle arena games, attracting more than 100 million active players each month. This year the Brazilian finals took place l on September 2nd at the Mineirinho Arena to a live audience of approximately 8,000 and was also broadcast live on ESPN in Brazil. Audio supplier Gabisom were there to ensure the gamers aural experience would match the intensity of the final battles taking place, trusting DiGiCo as their weapon of choice.

Gaining popularity since 2010, multiplayer online battle arena or ‘MOBA’ is currently one of the most widespread forms of game play and League of Legends is at the forefront of this, attracting thousands of eager gamers to the championships.

For this large-scale, multi-facted production, Gabisom was tasked with providing the entire audio system, including the OB truck. Wanting to be equipped with the most flexible solution possible, they chose a combination of three DiGiCo SD7s - one at Front of House, one at monitors for the opening ceremony and one in the broadcast truck - and two SD10s at monitors for the gaming element of the event, all running on an Optocore fibre loop, with an L-Acoustics K1 and K2 system used for the main PA and outfills.

“For the opening ceremony, there was a live band and a lot of video mapping,” explains Eder Moura, system engineer for Gabisom. “For this, we used the three SD7s with two SD Racks, for each SD7, with the FOH console utilising 120 channels, monitors 96 channels/24 mixes and the broadcast truck, which was parked 200 metres from the monitor position, another 96 channels. 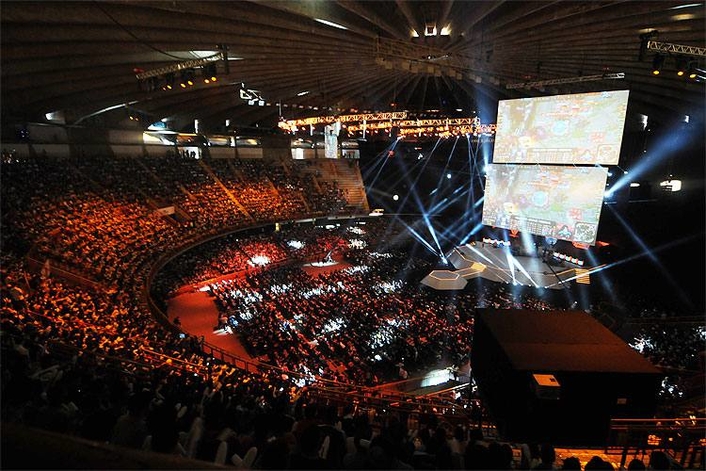 “Forty eight channels were used for the live element of the opening ceremony, with an additional 46 channels for playback. Some of these were used for the band and others just for back up because it was a live broadcast. Playback was from FOH and we had to split this for both the monitor and broadcast consoles. At FOH we received 46 channels via MADI from the playback to give us the inputs we needed. We then copied the audio to the FOH stage rack outputs, and from there to the main splitter to feed the monitor and broadcast consoles. From the broadcast truck, we received 16 channels from FOH through the Comms sends for the TV hosts, reporters and for audio from the gaming computers, plus a few other bits.” 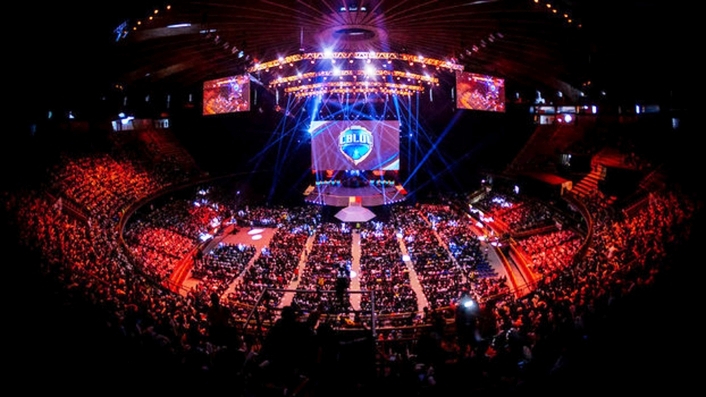 Full redundancy was required for the gaming section of the event, so two SD10s, each with its own SD Rack, received audio from the gaming computers, plus player, referee and coach communications. From there, outputs were sent to the broadcast team to provide them with the gaming audio.

“The production company in charge of League of Legends has specified DiGiCo for the past two years for the event,” concludes Eder. “They are fully aware of the flexibility of the consoles and the advantages that being able to connect the entire system via Optocore brings to an event such as this, which is why they specified them again this year. Their faith has certainly been rewarded and everyone was delighted with the results.”