Diamond League 2013: EMF in the Running 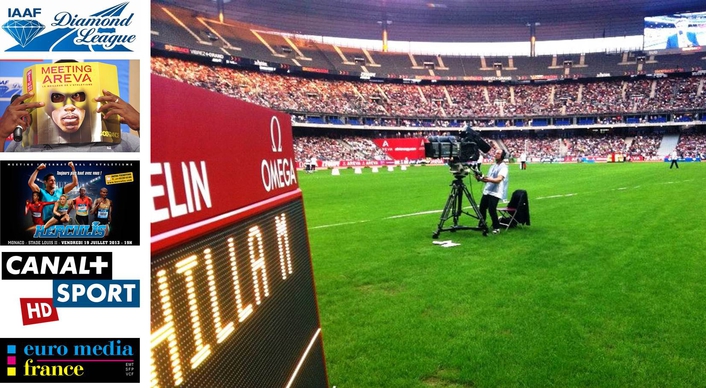 .
Between May and September each year all the big names in world athletics compete for the Diamond League crown in a series of 14 meetings held at different venues around the globe. Underscoring its satisfaction with services from EMF, Canal+, which is the host broadcaster for the French legs in Paris and Monaco, has entered into a new 4-year contract with EMF.

For the Areva Meeting which took place on July 6 at the Stade de France (in Saint-Denis near Paris), OB trucks XXL1 and XL2 were on duty to beam pictures internationally and to provide a private feed for Canal+. For this world athletics meeting a total of 31 cameras were deployed with a double speedtrack and four RF cameras (1 broadcast, 1 Steadycam and 2 DVS Superloupes in their new RF wireless configuration) as well as 20 EVS LSM servers for superb slowmo. 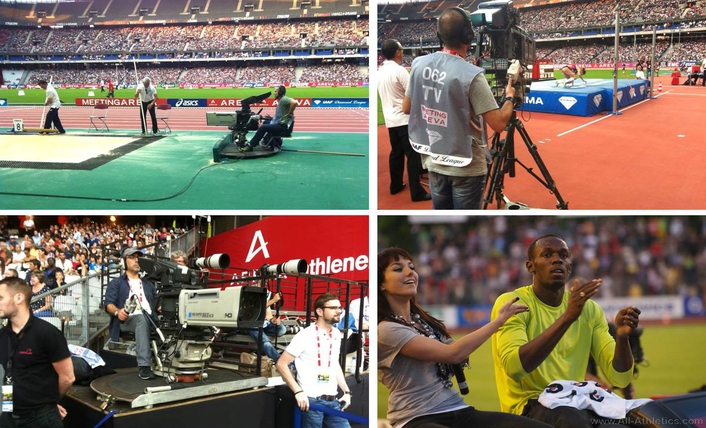 On Friday July 19 the spotlight turned to Monaco, where the EMF crews were on hand to relay pictures from the Herculis Meeting, which was the 10th round of the Diamond League. For the occasion three trucks were deployed at the principality’s Louis II stadium. OB trucks XXL1 and XL2 were once again responsible for the live feed to Canal+, while XL3 took care of arrangements for Swedish channel TV4.

With only three weeks to go until the World Athletics Championships in Moscow, this final meeting served as a dress rehearsal for the athletes taking part in the Moscow competitions.