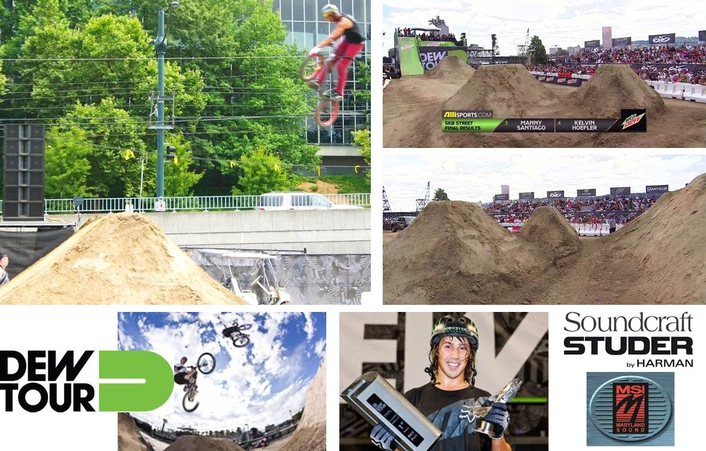 The Dew Tour is a traveling event throughout the United States
The recent 4-day 2011 Dew Tour Portland Invitational in Oregon featured a variety of BMX and skateboarding competitions, along with a live performance by hip-hop group The Cool Kids, with Maryland Sound International (MSI) providing HARMAN’s JBL VERTEC® line arrays and Soundcraft Si Compact 16 mixing consoles for the competition and concert areas.

At the indoor BMX and skate arena, a Soundcraft Si Compact 16 was used as well to plug into the in-house system. For the concert stage outside of the Rose Quarter venue, two columns of six VT4889 fullsize line array elements each were accompanied by a total of five VT4880A fullsize arrayable subwoofers, which were powered by a Crown’s I-Tech HD 12000 amplifier using VERTEC V5 DSP settings. System configuration was performed using Harman HiQnet System Architect™ software. 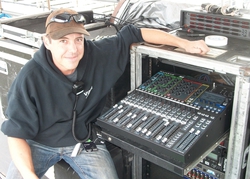 The Dew Tour is a traveling event throughout the United States in which the stages and setups differ from venue to venue. When on the road, MSI carries VERTEC VT4887’s, VT4888’s and VT889’s--enough equipment for three venues. The VERTEC line arrays provide exceptional sound in environments that can often be hectic. “When dealing with an event where the setups are varied, it’s important to have options,” said Ryan Beck, Project Manager/Engineer with MSI. “We wanted to condense the systems so they were easy enough to fit in the truck and still have all our options, which is why the VERTEC line arrays are perfect.”

“The only real challenge of the event is having the option for many different features,” said Beck. “Throughout the day there is music, entertainment acts, speakers, interviews, and we have to be ready for everything without having to change the system. Everyone is in such a tight area that it helps to have a compact system that can do it all. With the combination of JBL, Soundcraft and Crown, everything is possible.”

Beck spoke very highly of the Si Compact 16’s combination of flexibility and intuitive operation. “Versatility is key for events like this,” he said. “Everyone enjoys Soundcraft’s Si Compact consoles, they’re easy to learn on the fly and provide so many options for what you can do.”