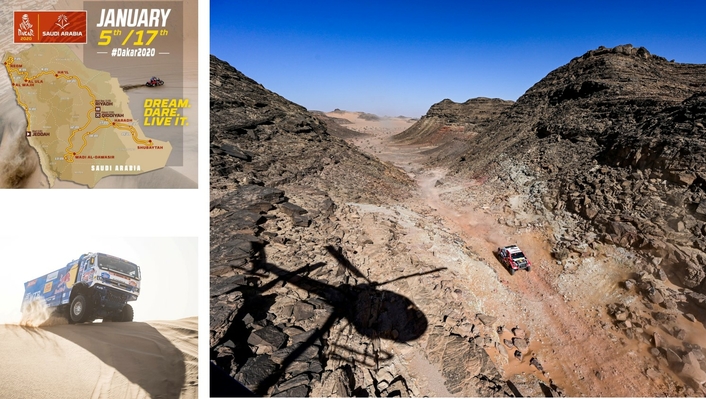 2009 Dakar Rally car champion Giniel de Villiers made up time on leading trio Carlos Sainz, Nasser Al-Attiyah and Stéphane Peterhansel after stage eight of the 2020 edition as the bikes and quads did not race in honour of Paulo Gonçalves.

- The car, side-by-side and truck categories took to the route on Monday with the 477km loop around the Wadi Al-Dawasir bivouac one of the shorter stages.

- De Villiers struggled during the first week at the inaugural Saudi Arabian staging, however the South African stepped up a gear to finish fourth on the day behind Frenchman Mathieu Serradori with former F1 and Le Mans champion Fernando Alonso in second place.

- Peterhansel, 54, said: "We drove together for the last 70 kilometres. At the beginning it was Carlos opening the road until he got stuck, then Nasser got stuck in the dunes and after that I opened the road for more than 200 kilometres. Only at the end Nasser passed me." 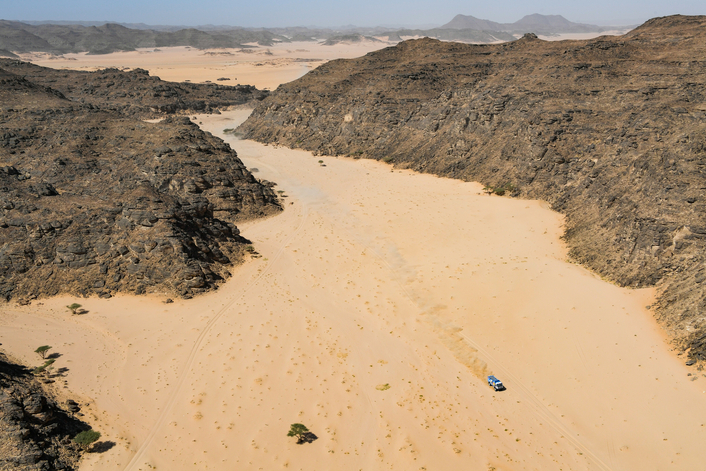 - Even though Polish driver Kuba Przygonski is out of contention for a podium place overall, he claimed sixth place on Monday alongside navigator Timo Gottschalk.

- Guthrie Jr. admitted: "Now we're out of the general classification and into the Dakar Experience class, so the aim is to pick up more of these stage wins."

- Russian Andrey Karginov was a class above again in his truck as he won by nearly 5m 54s to increase his advantage over fellow Team Kamaz Master driver Anton Shibalov to 27m 06s, who remains the only serious rival heading into the final four stages of the race.

- Tuesday's stage nine will see all five Dakar categories head east to Haradh over a monster distance of 891 kilometres, including a 415-kilometre special stage. 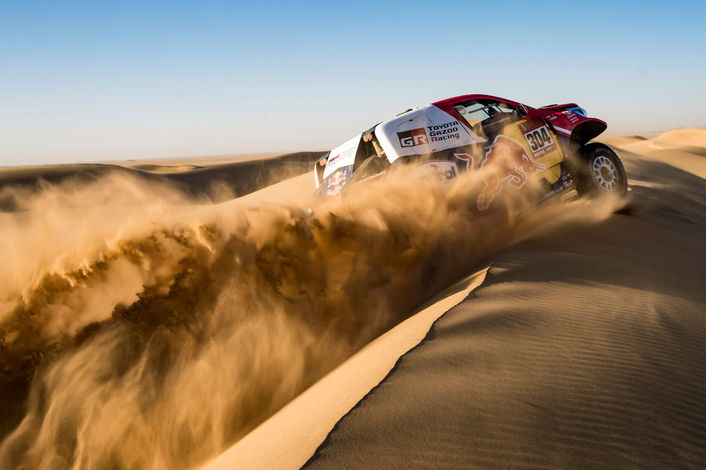