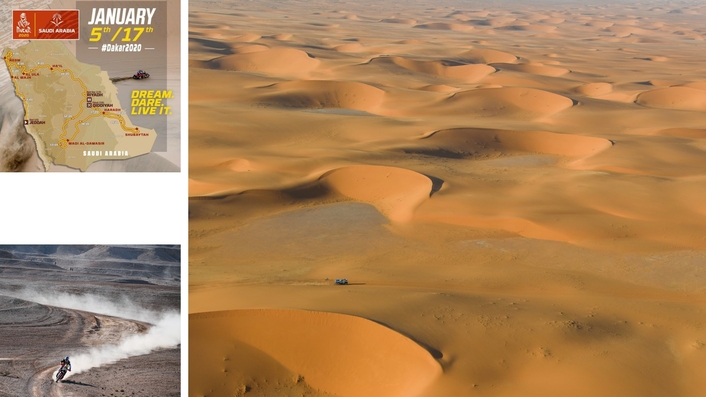 The 2020 Dakar Rally served up a mammoth Stage 9 which had competitors on the road for nearly 900km. The trip east from Wadi Al-Dawasir to Haradh included a 415km timed special stage which saw race leaders come under severe pressure.

- The margins were dramatically squeezed in the car race as front runner Carlos Sainz saw his advantage significantly dented. Sainz has led the general classification since day three, but his cushion is down to a mere 24 seconds following Stage 9.

- Sainz said: “On the first part we lost a little bit of time when we lost the way – we lost five minutes or something like that. After, I don't know what happened... the tread came off the tyre and we had to stop. It was not a good day for us.” 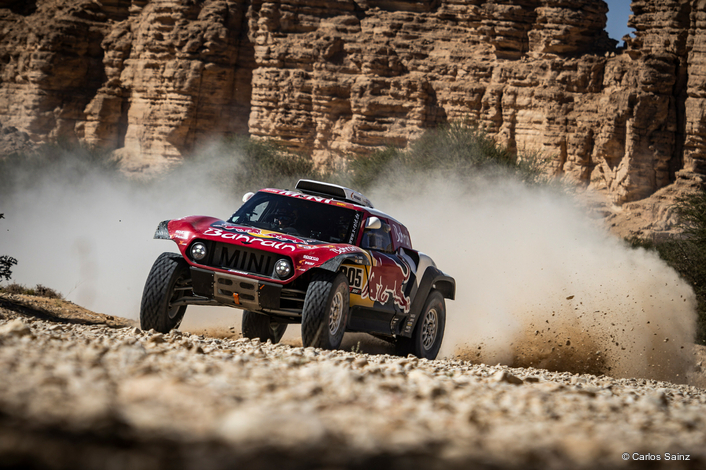 - Al-Attiyah commented: “It looks like the three cars are very close together. For all three of us, it is possible that one can win the Dakar.” 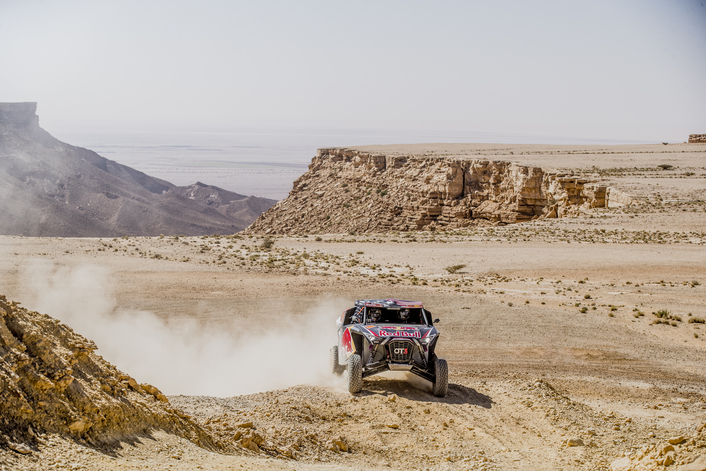 - Hildebrand said: “It’s always good to have those days where you can set the pace for the rest of the pack. That’s exactly what we did today.” 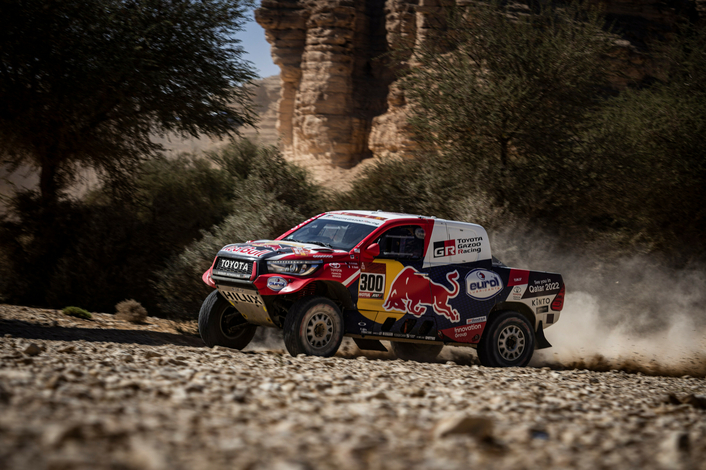 - Bike race leader Ricky Brabec was another who was reeled in as the category resumed on Stage 9. Defending champion Toby Price was the among the chasing pack who closed the gap on the way to Haradh. Price is now 26m 43s behind Brabec and has climbed to third overall.

- Price commented: “You have your good moments and you have your bad ones and unfortunately 2020 hasn’t quite been good for us but we’ll still keep giving it a good fight and see how we go.” 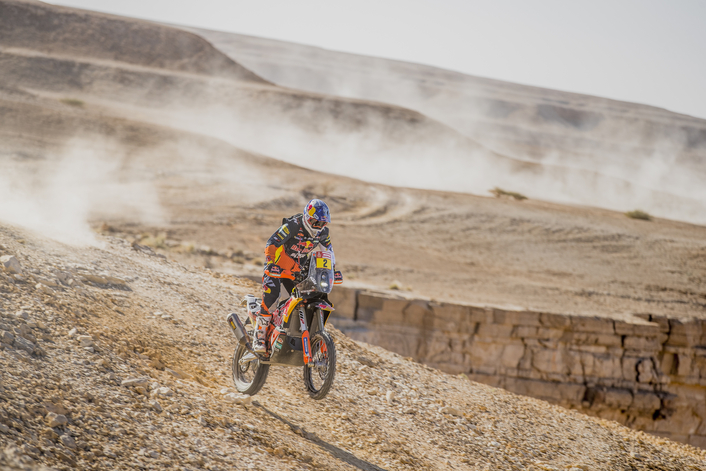 - Walkner said: “It was really not the best day for me. I didn’t feel so well already at the beginning. I struggled a bit on the rocky and stony tracks with the bike. Then it got a little bit better, but, for sure, it was not one of my best days.” 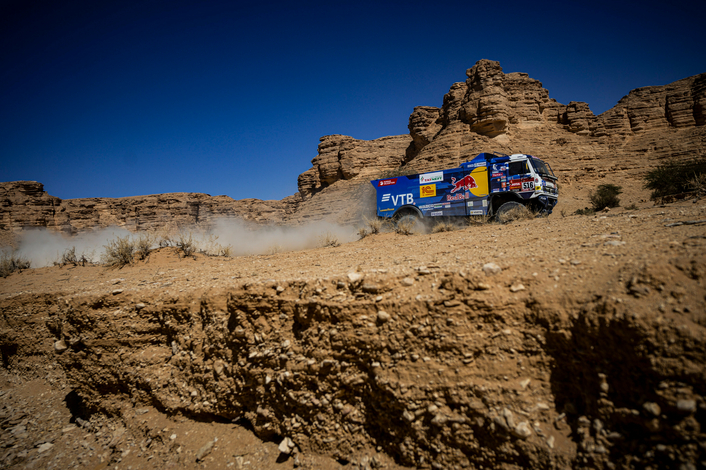 - Laia Sanz remains the highest-ranked female biker in Saudi Arabia, advancing to 17th overall after another solid stage. “I enjoyed the beginning of the stage because it was more technical. Then after the refuelling it was just flat out, full gas,” she explained.