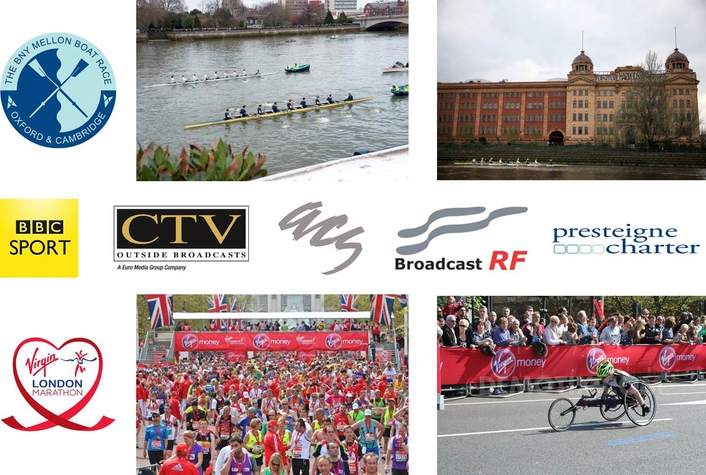 .
It’s been a busy couple of weeks for CTV OB as its new OB services contract with the BBC called for its OB units and production team to first take to the banks of the River Thames for The Boat Race on the weekend of 6 April and then quickly follow that up with the London Marathon on 13 April.

“Technically both were excellent operations,” says Adam Berger, CTV OB’s general manager. “And The Boat Race is even more challenging technically than the marathon as the actual race lasts just over 20 minutes but requires many more cameras per race mile than the marathon.”

The Boat Race between Cambridge and Oxford Universities has always been a major event on the UK sports calendar and OB10 was on hand for the start and presentation while OB2 was located at the finish line. There were 36 Sony cameras along the course, of which 15 were wireless MESH systems provided by Presteigne Charter.

“They used their RF mesh system very successfully and using more sophisticated RF cameras was the basis of our proposal to the BBC that offered enhanced coverage whilst ticking all the safety boxes when operated close to the water’s edge,” says Berger. Two helicopters from ACS were also on hand to provide aerial coverage. 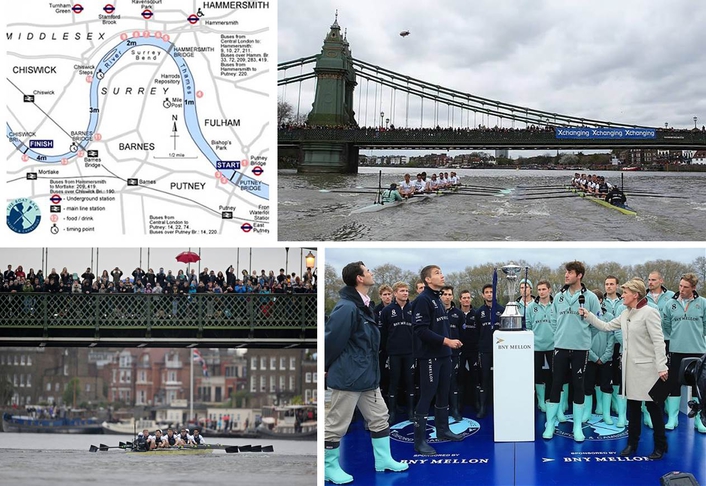 The London Marathon, meanwhile, took a slightly different approach, as eight different OB units were located at major landmarks along the 26.5-mile route. OB2 was located at the start line in Greenwich Park; a SIS satellite uplink with four cameras was located at Cutty Sark; OB7 was at Canary Wharf; OB6 was at Tower Bridge; a small OB from Neon was at Big Ben; a single wireless camera was located along the Horseguards Parade; and OB9, MVT1 and OB10 were situated at the finish line near Buckingham Palace, with the latter bringing in sub mix feeds simultaneously via satellite from all of the other OB units and producing the host broadcast feed and final BBC domestic output.

“In addition to the 40 OB Cameras, the course was also covered by two helicopters fitted with Cineflex gyrostabilised systems as well as five camera motorcycles,” says Berger. “One was dedicated to the wheelchair racers, two to the elite women, and then two to the elite men.”

CTV partnered Broadcast RF to provide all wireless camera and aerial operations. “We chose them purely on expertise and merit as they support us on a lot of work like our golf coverage and we have a close relationship,” adds Berger. “Like our work with Presteigne on the boat race we are happy to partner with the people that support us and push the boundary.” 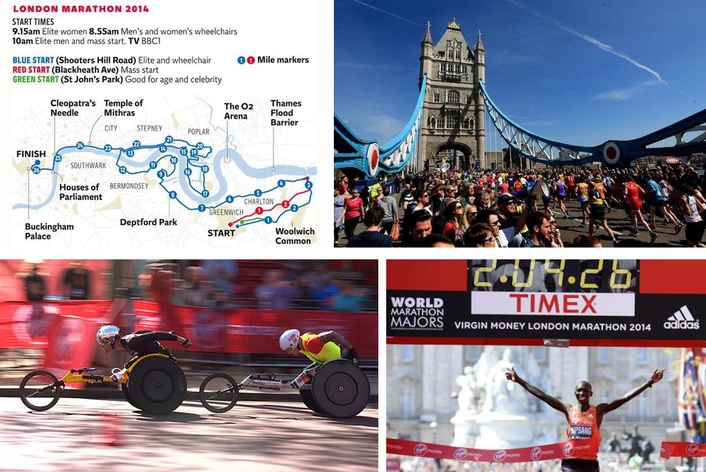 A marathon usually is not the type of event that calls for a super slow-motion system but CTV OB rolled out the Superloupe ultra slow-motion camera from Aerial Camera Systems (ACS). It was located at the finish line shooting head on into the runners as they crossed the finish line.

The event marked a new phase in BBC coverage of the marathon as it was the first time that the BBC did not use either its own trucks or those operated by SIS Live OB’s that ceased operations as of 31 March.

“We are especially proud that the CTV Technical Managers and crew who took a refreshing approach to the technical operation and embraced the briefing from the BBC that has steadily developed over 33 years of the London Marathon; we delivered exactly what they wanted as efficiently and flexibly as we could,” says Berger.