CT at The Ryder Cup

.
The 2014 Ryder Cup, held at Gleneagles, Scotland, is Creative Technology’s 8th European Ryder Cup and, by some margin, the largest and most complex in its 29 year relationship with the event.

The most visible element of Creative Technology’s (CT) package is the numerous large screens positioned around the course, on the Opening and Closing Ceremony stages and in the three park and ride centres. A total of 21 screens ranging in size from 8m2 to 100m2 have been installed; many in extremely inaccessible locations. The overall screen area totals 750 m2, an increase of over 50% compared to the 2010 event held at Celtic Manor in Wales.

Pixel pitches of 8, 12 and 16mm, LED products have been selected to match the display size and viewing distances, providing a consistent overall resolution, character size and subsequent text legibility. Independent feedback and switching of sources to each screen from both local marshal positions and CT’s central control avoids any chance of screen content distracting players when in the immediate vicinity.

A total of 503 television sets have been installed across the numerous hospitality facilities, the clubhouse, production offices and Team Rooms. In addition, specialist large screen displays were installed, including 75”, 84”, Video Walls and outdoor LCDs. A combination of IPTV and a bespoke digital RF system enabled full HD content delivery to every location with control of channel selection and availability where required.

In the Media Centre a 16 X 3.5m projection screen provides match by match and hole by hole scoring information, overall standings and live content windows from Sky (European), NBC (USA) and world feeds. Supporting the main display, a six channel IR audio system allows each of the 437 journalist positions to select the audio stream appropriate to the live images they are watching or a choice of three radio stations. 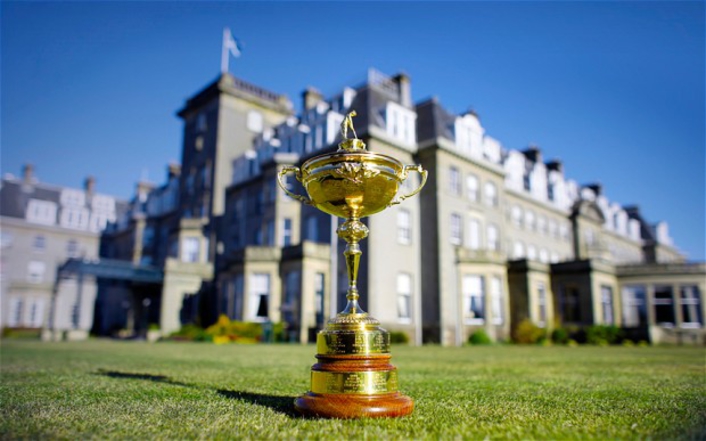 A two-camera production system in the interview area provides live coverage of press conferences content for the World Feed.Content control and production is split between CT’s regular touring production system which attends every European Tour event and is based in the TV compound approximately 1 km from the main event. Here the main Ryder Cup TV signal is produced including play-in of locally co-ordinated commercials to match Sky’s commercial breaks, along with event specific movies and highlights packages.

The nerve centre of the CT operation, located in the Media Compound, provides interfaces with scoring, transport and airport departure details allowing customised data and information graphics to be generated and fed to appropriate displays including the park and ride facility across a 25km radius network.

Primary production tools include Ventuz, Spider and CT’s bespoke “Mercury" control system specifically developed for sports applications. Utilising almost the entire capacity of a 128 x 128 matrix and a total of 13 servers the system is arguably the most complex and flexible sports presentation systems ever utilised at an international sporting event. 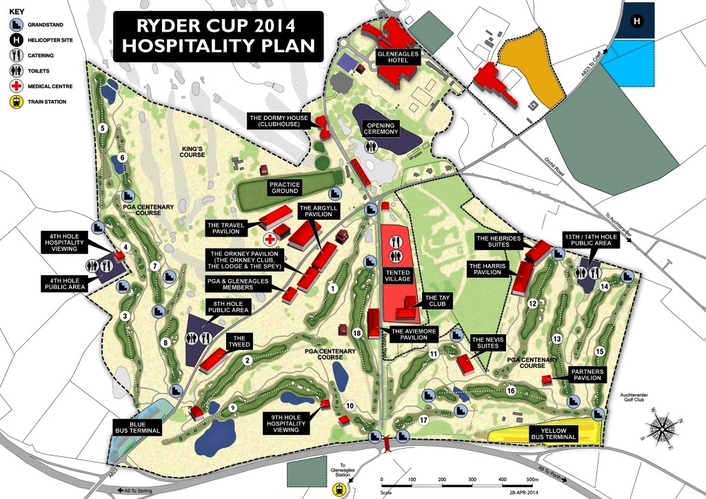 Richard Smith project managed a team of up to 45 onsite technical staff; some of whom were on site for almost four weeks. The crew put in a total of 360 man days to deliver the event.

Dave Crump CEO of CT in Europe and the Middle East commented: “We are fortunate to have enjoyed a long association with The Ryder Cup in Europe, including one of the most challenging events ever in Wales four years ago. At Gleneagles, I believe, we have once again raised the bar, providing an unprecedented level of control and customisation which I hope has contributed to another amazing event. The team from CT both onsite and back at base do an incredible job in difficult conditions. The Team from Europe have again showed the Americans how it should be done”.

Edward Kitson, Match Director of Ryder Cup Europe, said: “Providing extensive TV coverage for golf fans attending Gleneagles was a major part of our efforts to make The 2014 Ryder Cup one of the most technologically advanced golf events ever. 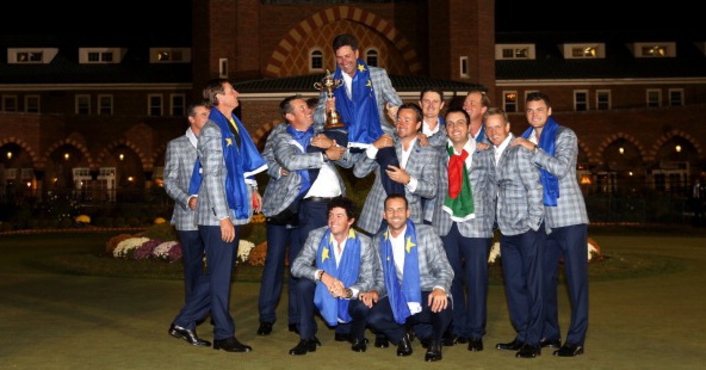 Golf fans were able to follow the events with live coverage and highlights of The Ryder Cup shown on big screens across The PGA Centenary Course and at the three Park and Ride sites in Perth, Stirling and Balado, enhancing the spectator experience and keeping fans entertained when the golfers weren’t on the course.”