History will be made in Indianapolis, Indiana, USA on 1-2 October, when the Red Bull Air Race comes to The Racing Capital of the World for the first time .Who will be the new Indy heroes?

The most highly anticipated stop of the 2016 Red Bull Air Race calendar happens on 1-2 October, when the official world championship comes to the iconic Indianapolis Motor Speedway for the first time. The jam-packed weekend of racing action will be a landmark event for the legions of sports fans in America’s Midwest, for the field of top pilots looking to join Indy’s legendary winners and, especially, for the two men locked in a battle for the overall crown with only two races to go.

For Germany’s Matthias Dolderer, who leads the standings, the stakes have never been higher. A victory in Indianapolis would clinch the first world championship of his Red Bull Air Race career – and the first for his nation – but anything less could leave the door open for Australia’s Matt Hall to steal the title when the season concludes two weeks later in Las Vegas. Hall is the only pilot with a chance to catch the German, and the Aussie is on a roll, coming off back-to-back wins. Yet Dolderer hasn’t crumbled, snapping up second place at both of those races. 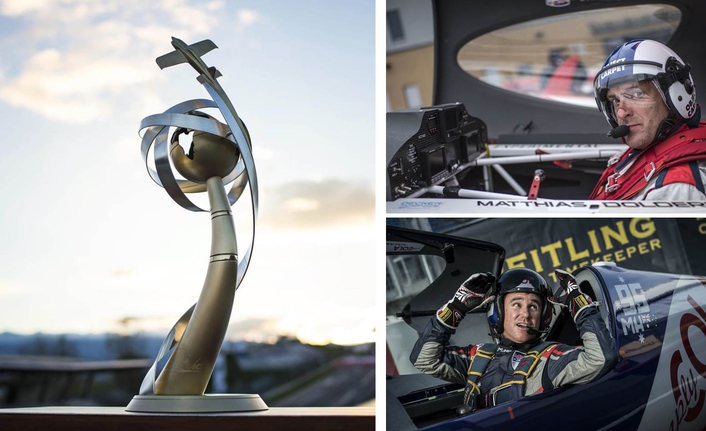 Matthias Dolderer and Matt Hall fighting for the 2016 Championship

The three North Americans in the lineup also have something to prove. Two-time titleholder Kirby Chambliss of Arizona is one of the favorites for the world championship podium this year, while Michael Goulian of Massachusetts and Pete McLeod of Ontario, Canada will be eager to shine in what for them is the closest thing to a home race this season. Meanwhile, another proud U.S. native, Kevin Coleman, will be contending in the Challenger Class race for promising young pilots.

An official U.S. National Historic Site and the world’s first speedway, the 2.5-mile racetrack known as The Brickyard has long been a mecca for motorsports of all kinds, from the iconic Indianapolis 500 to NASCAR, Formula 1 and MotoGP. While aviation was part of its heritage from the start – the speedway first opened to the public with balloon races in 1909, and the Wright Brothers headlined an aviation show and competition there in 1910 – the “Racing Capital of the World” has never seen anything like the ultimate motorsport series in the sky, where raceplanes dart around 82-foot pylons at 230 miles per hour.

About Red Bull Air Race:
Created in 2003, officially a world championship in 2005, the Red Bull Air Race has held over 70 races and is watched by millions of fans. The Red Bull Air Race World Championship features the world’s best race pilots in a pure motorsport competition that combines speed, precision and skill. Using the fastest, most agile, lightweight racing planes, pilots hit speeds of 370kmh while enduring forces of up to 10G as they navigate a low-level slalom track marked by 25-meter-high, air-filled pylons. In 2014, the Challenger Cup was introduced, giving new pilots the chance to develop their low-altitude flying skills. Throughout more than a decade of innovation, one thing has remained the same: the Red Bull Air Race World Championship is the ultimate motorsport series in the sky.