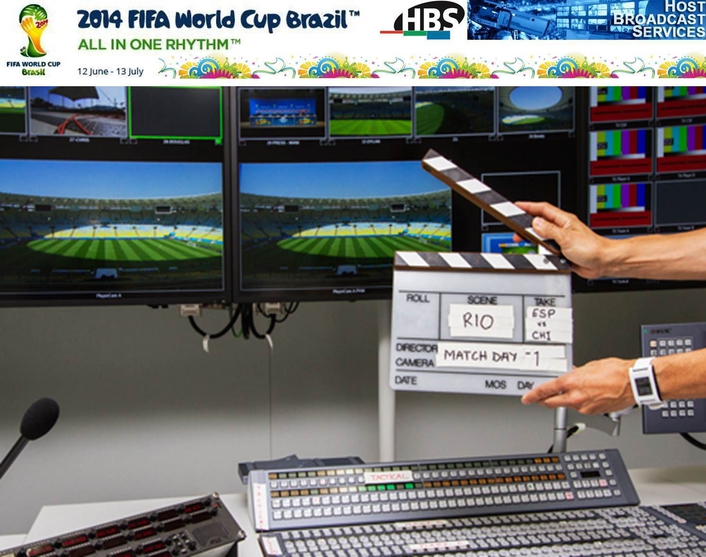 Ready for MD-1 activities at the Estadio do Maracana in Rio de Janeiro
While the TV audiences around the world may be primarily interested in the action at the 2014 FIFA World Cup Brazil™ stadiums on Match Days, the broadcast community are equally as involved and busy on Match Day -1 (MD-1).

Each venue is a hive of activity 24 hours before kick-off as the two teams who will compete the next day carry out press conferences and interviews at the stadium before training on the pitch in front of multilateral and unilateral cameras.

For the 2014 FIFA World Cup Brazil™, HBS has increased the MD-1 coverage to include one feed per active MD-1 venue and eight cameras per venue. From the Quarter-Finals onwards the number of cameras will increase to 13, with CableCam, Super Slow Motion (SSM) and Ultra Motion (UM) among the additional cameras.

MD-1 live content can be viewed at the IBC through a dedicated router service booked by MRLs, while highlights with cut-down coverage of the press conferences, interviews and training are also produced for broadcast and multimedia use.