The multimedia equipment consisted primarily of two huge 17 x 9 yard screens and two interconnected Barco projectors
ARAM Poland was in charge of the design and technical production of the largest gaming event in the world, the ninth World Final of the Intel Extreme Masters, and Clay Paky Mythos played a significant role in lighting this game show for the first time ever.

The event was held in Katowice for the second year in a row, but this time it was split between two venues: the Spodek arena and the newly built International Convention Centre. The show broke all audience and visitor records. The official figures will be released shortly, but it is said that more than a hundred thousand visitors attended and millions of others followed the games online. 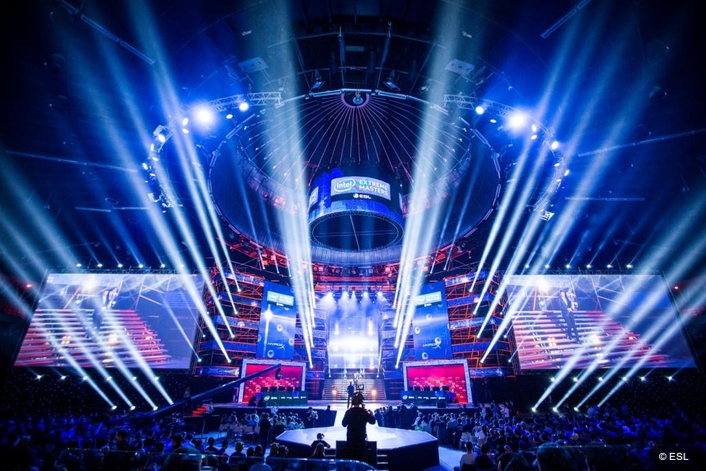 ARAM was in charge of designing and putting on the four-day show, and dealt with its production, full logistics, supervision and implementation. The company has several years' experience in successfully producing events "from design to realization" and provides comprehensive solutions and full on-site technical support for lighting, multimedia, design and sound.

"Our work began several months before the show," said Michael Mrzygłocki, the ARAM’s CEO. "We were in charge of designing the sets for all three stages." The designer worked closely with both the client and riggers, including - among others - Jack Van Daniels.

The result was a total of three sets (an impressive sixty-five yard wide main stage in the Spodek arena and two smaller thirteen and seventeen yard wide sets) and structures for more than twenty exhibition stands in the International Convention Centre. The number of different installations ARAM had to deal with and the vast amount of equipment that arrived on sixteen lorries made this year's Intel Extreme Masters an enormous logistical challenge, which turned out to be a huge success. 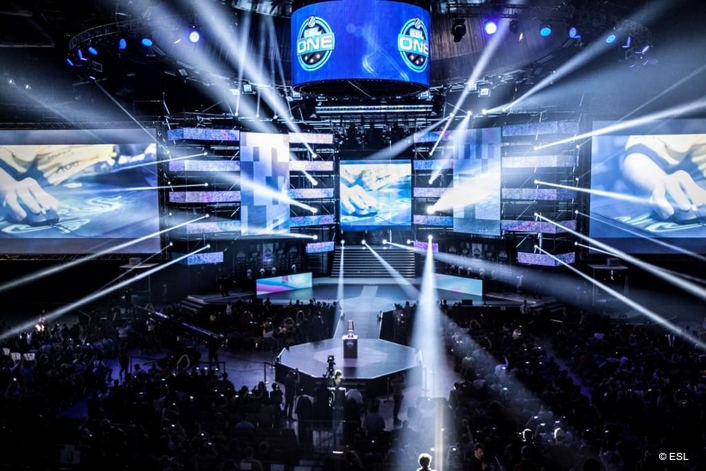 The main stage installation entailed over a thousand yards of trusses and countless elements of different kinds, along with more than four hundred LED appliances, including washlights, strips and other lighting. Almost seventy different kinds of lighting fixtures were used on the two smaller stages, including some Clay Paky Sharpys.

Adam Tyszka was Lighting & Set Designer. The whole system was controlled by a GrandMA2 and the entire show was programmed and implemented by Wojtek "Koper" Koperski. This is the second year running he has worked on this magical production. 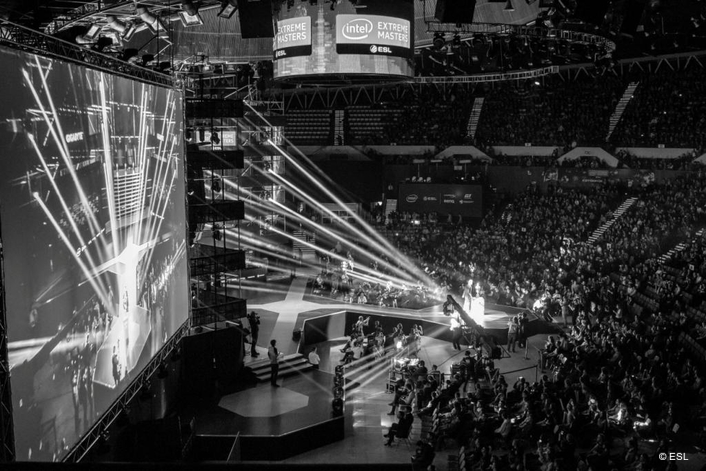 The multimedia equipment consisted primarily of two huge 17 x 9 yard screens and two interconnected Barco projectors, which were used to project images with an overall brightness of almost 50000 ANSI lumens. A total of nearly 240 square yards of Fourlight LED Grids, Curve 8s, Flex LEDs and LED screens were used on the main stage. Moreover, the horizontal lines on the stairs and in the central part of the video strips were made using over 328 yards of Hi-Strip.

Prolight is the Clay Paky's distributor in Poland.