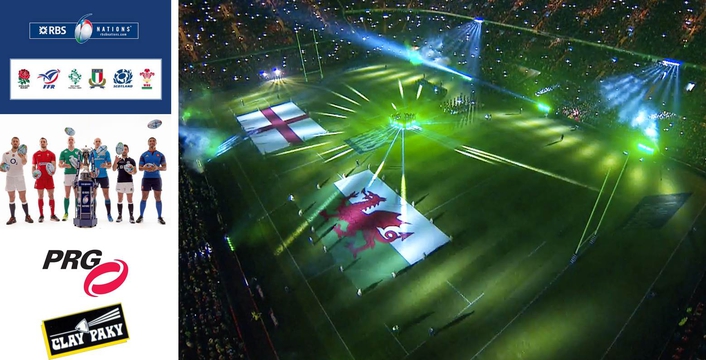 One of the most exciting developments in the entertainment industry of the past few years is the demand for musical/theatrical entertainment as a prequel to high profile sporting events.  There’s little doubt that the Opening and Closing ceremonies for the London 2012 Olympics had a significant influence in popularising these occasions.  BAFTA Award winning lighting designer, Tim Routledge has embraced this new genre with some gusto.

“Sports Presentation, as it is known, is a fast growing industry with many sports upping their game to create an exciting pre-match experience for the fans, generating a great buzz and building anticipation. I was contacted by the Millennium Stadium, who I have worked with several times before, to create a dynamic light show for the pre-match entertainment at the opening match of the Six Nations Rugby Tournament.”

The lighting rig was supplied by PRG and Routledge specified some of Clay Paky’s latest fixtures to create the required dynamism and energy he wanted from the design as well as a host of Clay Paky Sharpys and Sharpy Washes. “PRG have long been customers of Ambersphere Solutions who are the exclusive UK suppliers of Clay Paky products,” explains Routledge, “And I’m very happy they have chosen to invest in the new Stormy and Mythos fixtures.  The Stormys formed part of what I called my ‘Battalions of Beams’.  This was made up of six dollies to form a ring of lights that could be removed from the pitch quickly.  I used Sharpy Washes – rigged from high level positions to key light the players for the cameras and added a dozen B-Eye K20s to dress the players’ tunnel.” 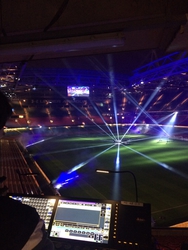 “I was, quite honestly, astounded at the output of the lights. The sixteen Stormys could colour the entire stadium on camera which made it look like we had hung hundreds of wash lights while the Mythos and Sharpys were doing what they do best: giving me huge beam looks - no mean feat when we only had limited power on-site”.

With the quality of fixtures from PRG and by employing the programming talents of colleague Tom Young, the excellence of Routledge’s light show was endorsed by the BBC who used it as part of its coverage and in fact broadcast the entire time-coded piece. Rich Gorrod of PRG comments, “Pre-match entertainment at events of such national importance deserve nothing less than the considerable arsenal of the very latest, state-of-the-art lighting equipment and special effects. I am confident that we gave the spectators something very special to remember. It was a huge honour to be involved.”

Now something of a veteran in the art of Sports Presentation with events such as this Six Nations launch and the Welsh Grand Slam that won him the BAFTA, Routledge is enthusiastic about the future of this genre of entertainment lighting.  “We are very experienced now in Sports Presentation for all types of sport and are working with a number of clubs to harness the potential of pre match build ups. There’s no doubt that the arrival of lights such as the Stormy and the Mythos, with their outstanding performance and wealth of features, enables the designer to create a really dynamic show worthy of the event even when power and rigging opportunities may seem limited. This was a great success and one event we were very proud to be involved with.” 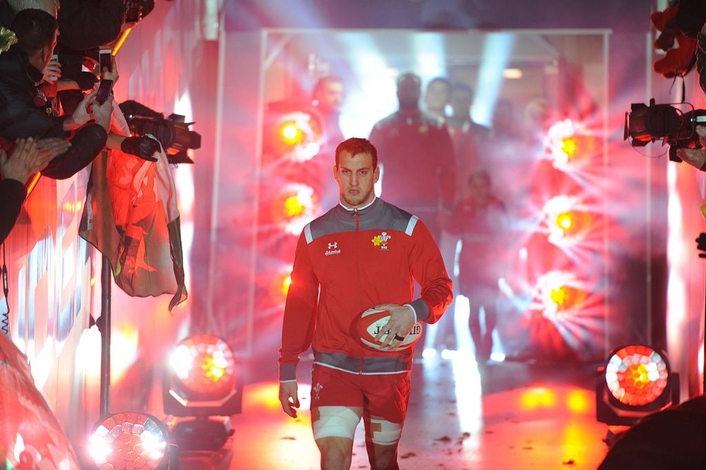