.
To mark the end of 2014’s F1 season Sky Sports created a unique film called ‘The Ballad of the Duelling Drivers’ that told the story of the intense battle between Lewis Hamilton and Nico Rosberg.  To enhance this special project, lighting director Richard Bowles chose also Clay Paky Mythos and Alpha Beam 700 fixtures to deliver stunning effects and sharp beams of light throughout. 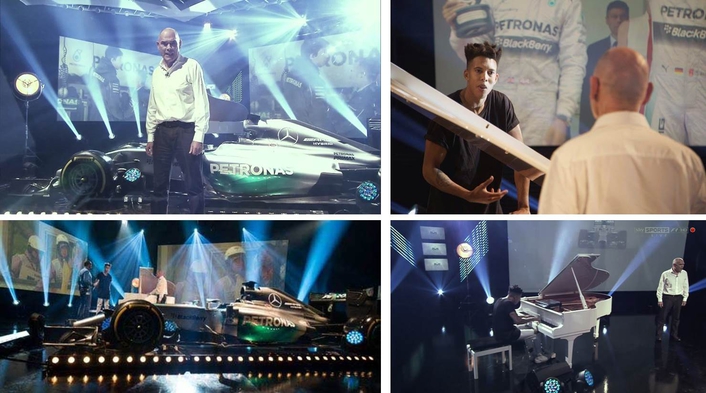 “My original brief was to recreate the look I’d previously come up with for a live music show earlier in the year, with a mixture of strong beams of light and large format tungsten lights against a strong black background” explains Bowles. “This had been done in a smaller studio with Clay Paky Sharpy Wash 330s. However in this studio I wanted to do something different, and as I’d seen the Mythos at PLASA 2014 I was very keen to try it out.”

The film was recorded at Sky’s West London studios and broadcast during their live coverage of the season’s final race in Abu Dhabi, with Bowles positioning the Alpha Beam 700s on the floor of Sky Studio 5. 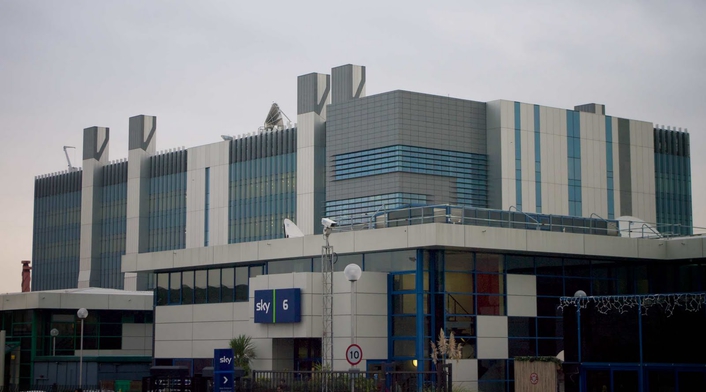 “I used the Alpha Beam 700s to give strong, yet fat, beams of light. They’ve been a favourite fixture of mine since they were released,” says Bowles. “The Mythos fixtures were rigged in the air above one of the projector screens, and a combination of gobo and animation effects were used to give a subtle yet dynamic look in the air. Their power is so incredible I had to dim them down to just 20% in order to balance with the rest of the lights and projectors!”