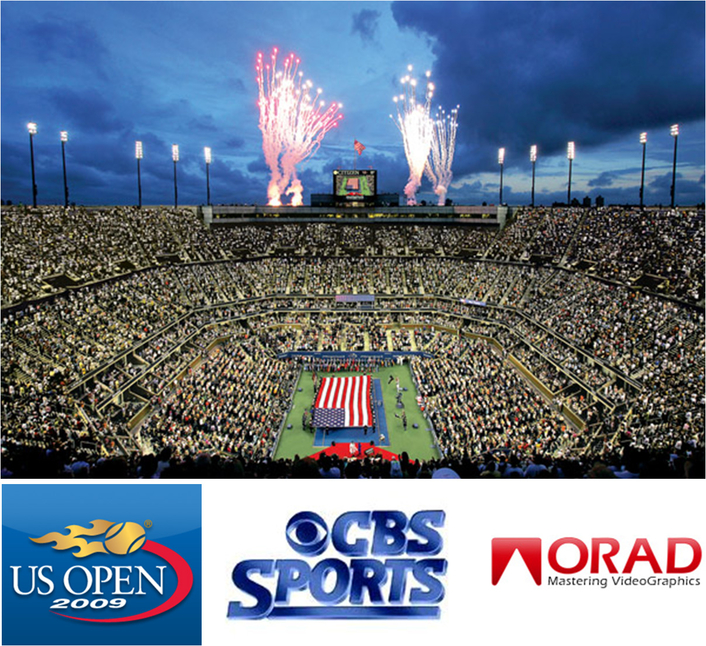 "As a result of Flomotion's innovative graphics and on-screen enhancement tools, CBS Sports was recognized with a Sports Emmy Award for our U.S. Open Tennis Championships coverage," said Ken Aagaard, senior vice president of operations and production at CBS Sports. "Flomotion allowed our team of producers to deliver a unique and powerful perspective on key points throughout any given match of the Championships, resulting in a one-of-a-kind viewing experience for tennis fans watching tournament matches at home."

During the network's U.S. Open coverage, producers deployed Flomotion to quickly track onscreen objects — such as the tennis ball or player — and freeze or follow the action, using frame overlays to show the position of the object(s) at any given time. Flomotion allowed viewers at home to see critical points of the match frame by frame, such as a long rally or key shots. The system also enabled U.S. Open commentators to analyze and track the distances players ran or the path of a player during the match.

The George Wensel Technical Achievement Award is given out annually to a broadcaster and recognizes an extraordinary technical innovation that enhances the overall viewing experience. The award was presented to CBS Sports at the 31st Annual Sports Emmy® Awards ceremony held in New York City.

Orad Hi-Tec Systems, Ltd. is a world-leading provider of broadcast graphics solutions. The company's compact MVP platform provides comprehensive video and graphics enhancements to distinguish the broadcast of any live sporting event. Featured on MVP, the Flomotion tracking platform is based on optical recognition — meaning, there is no need for camera modifications — and graphics can be inserted on the fly and transformed into smooth, real-time animations in a matter of seconds.

"We are pleased to once again be a part of CBS Sports' best-in-class broadcast productions," said Avi Sharir, CEO and president of Orad Hi-Tec Systems. "The network's victory also marks the second Emmy win for Orad's sports enhancement systems, which further reinforces Orad's position as a world-leading provider of on-air sports graphics solutions."