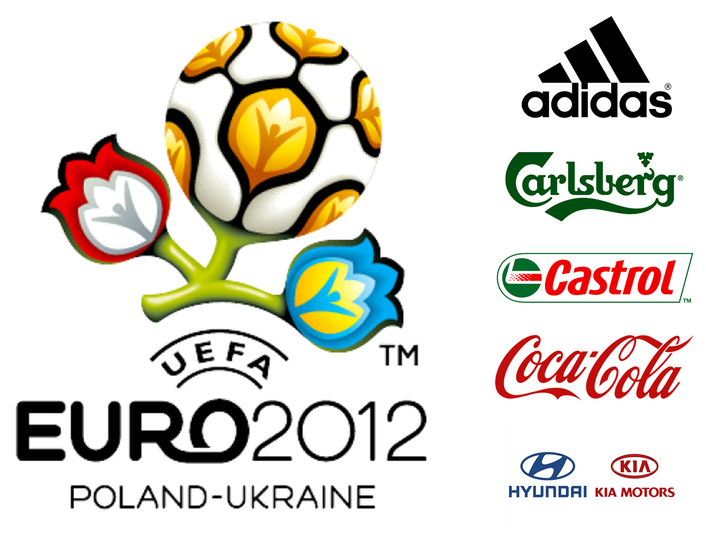 Official Sponsors
UEFA and Carlsberg today announced an extension of their long term sponsorship agreement for UEFA’s flagship national team competition, a relationship which began in 1988 at the UEFA European Championship in the former West Germany.

Carlsberg therefore becomes the fifth global partner for UEFA EURO 2012™ following on from the previous announcement of the adidas, Castrol, Coca-Cola and Hyundai-Kia agreements.

As part of this sponsorship agreement, Carlsberg will benefit from exclusive marketing rights for alcoholic beverages within official premises of the competitions. Carlsberg will also continue to offer European football fans sole and exclusive programmes such as the opportunity to present the “Carlsberg Man of the Match Awards”.

In addition to the partnership of UEFA EURO 2012™ Carlsberg will also benefit from global marketing rights for the UEFA European Under-21 Championship 2011 to be held in Denmark.

”With EURO 2012 we cement our many years of loyalty to and enthusiasm for premium European football,” said Jørgen Buhl Rasmussen, CEO of Carlsberg Group. “EURO 2012 is not only a milestone for Carlsberg, being an official sponsor for almost a quarter of a century, but excitingly it is also the first ever UEFA EURO to be hosted in Eastern Europe.”

“The interest and tradition for football in the host countries, with a total of over 80 million inhabitants, is enormous and therefore we are thrilled to be part of this exciting tournament, We are creating history together with UEFA and all our employees in Poland and Ukraine,” he added.

Commenting on the signing, David Taylor, CEO of UEFA Events SA, said: "The UEFA European Championship has benefitted from the partnership with Carlsberg for more than two decades, and we are proud to extend this relationship with such a recognised and dedicated brand. The imagery behind the UEFA EURO 2012™ logo represents a plant that grows and grows – the same goes for the relationship between Carlsberg and UEFA European Championship.”