Canada set for biggest ever TV production in women's football

As the countdown to the FIFA Women's World Cup Canada 2015™ continues with just 50 days to go, FIFA is pleased to reveal plans for its biggest and most advanced broadcast production for a women's football tournament. FIFA's production will include top match directors, up to 22 state-of-the-art cameras and ultra-high definition visuals.

A selection of the best European football directors will spearhead "Dream Team" production teams at every match to ensure the very best coverage of all the action, emotion and drama during the competition. As is usual for FIFA's flagship competitions, FIFA TV's broadcast production will be transmitted to territories all over the world.

A standard minimum set-up of 20 cameras per match will provide fans with a viewing experience on a par with top European league coverage, with an enhanced camera plan of 22 cameras for the Opening Match, Semi-Finals and the Final Match. This compares with a standard plan of 16 cameras at the FIFA Women's World Cup Germany 2011™.

FIFA and Japanese broadcaster NHK will also work together to produce ten matches in ultra-high definition 8K visuals, including the Final Match on July 5th. A separate team of producers will create dedicated content for mobile, tablets and laptops to meet increasing demand for match coverage on multimedia platforms. 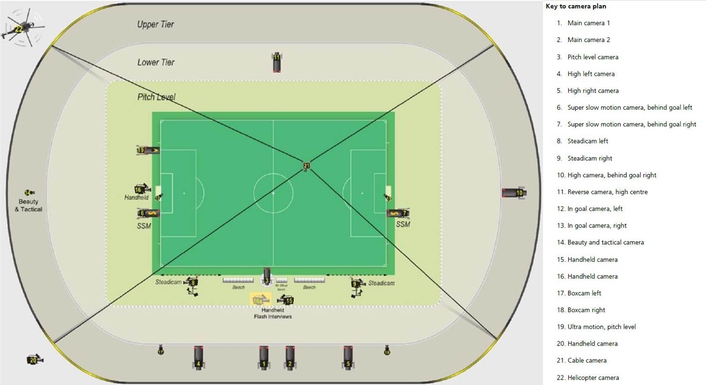 FIFA Director of TV Niclas Ericson said: "FIFA expects hundreds of millions of fans around the world to tune in to the FIFA Women's World Cup in Canada and we are committed to ensuring that broadcasters and fans everywhere experience the tournament in the best way possible."

FIFA TV is FIFA's award-winning broadcast production and servicing arm that handles the production and media rights of FIFA tournaments, providing broadcasters and fans with the very best match-viewing experience and delivering world-class football coverage to the widest audience possible.