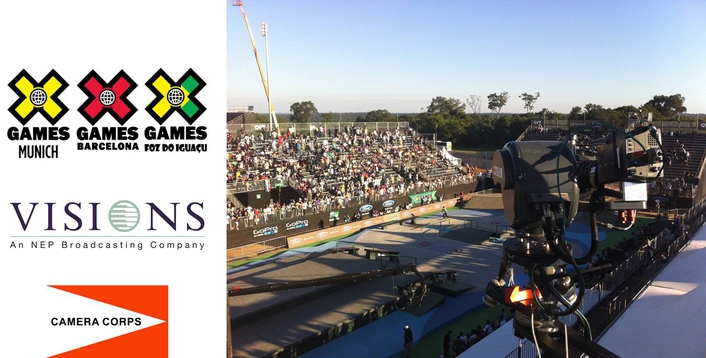 .
Camera Corps (a Vitec Group company) announces the latest in a long line of television sports support projects. Working in partnership with Pittsburgh-based outside broadcast production company NEP Visions, Camera Corps has provided a wide range of support equipment for a fast-action sponsored television games series shot during April, May and June in Europe and South America.

"Each VHR head was fitted with a Panasonic AK-HC1500G camera, allowing precise control of pan, tilt, zoom and focus so that participants could be tracked over a wide range of remote locations from the main control suite. Hitachi HV-HD30 and Iconix HD-RH1 cameras were used for the wide-angle shots. All the cameras were operated from Camera Corps PTZF joysticks which provide the tactile feedback essential when covering fast-moving live content. 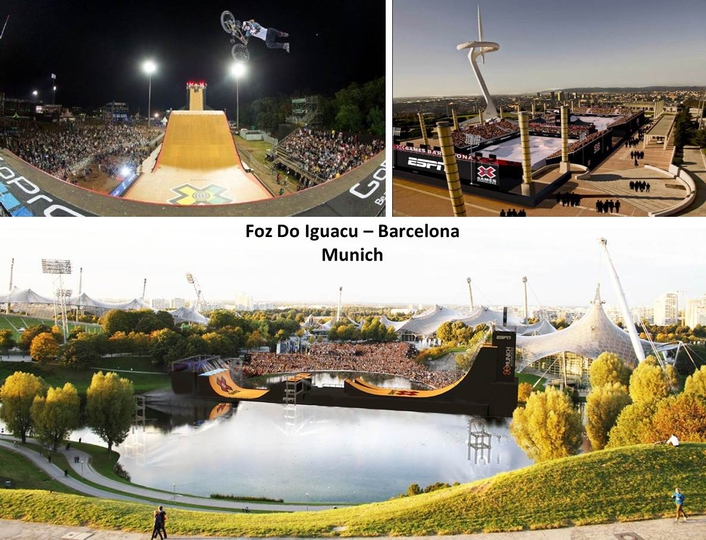 "The entire production was captured in 720p 59.94 frames per second high definition, many of the cameras being securely connected back to base via Camera Corps SIMPLY SMPTE electro-optical cable links which can be operated up to 3 miles between camera head and control room. Other cameras were connected via Camera Corps BC550 single-mode fibre links.

"Everything worked well at all three venues, including outdoor cameras operating under protective rain-covers. The resultant footage included some of the most exciting events ever captured during outside broadcast productions and really was nothing short of extreme."

About NEP Visions
NEP Visions has over 25 years of experience in covering the world’s premier events. Ranging from being host broadcaster for The Royal Wedding in 2011 to providing HD fly-packs in Kazakhstan, NEP Visions has distinguished itself as one of the leading outside broadcast providers in the world. Specialising in the latest technological solutions coupled with experienced delivery crew and project management, NEP Visions has an extensive range of production facilities with a full in-house technical development and support crew to back it up. The Visions fleet is equipped with the latest remote and mobile production options and can be available anywhere in the world.