Calrec Audio will supply a Summa console for the prime-time audio control room in NBC's production compound at the International Broadcast Centre in PyeongChang. In addition, NBC will use a 56-fader Artemis Ray as its primary console at the sliding venues in the mountain resort of Alpensia for coverage of bobsled and luge events. A 72-fader Artemis Ray will serve as the primary console at the speed-skating venue and indoor venues at the coastal city of Gangneung. In addition, a Calrec RP1 remote production system and a compact Brio console will support operations at the coastal studio, giving NBC Olympics the ability to control the production remotely from multiple control rooms in its headquarters in Stamford, Connecticut.

"We are very happy to once again have Calrec support our production of the Winter Games, this time in PyeongChang," said Malone. "We continue to take full advantage of the new Calrec technologies, having used Calrec AoIP modular cards in Brazil, and now Calrec 'Waves' modular cards in South Korea. We are very fortunate to also have Calrec's latest Brio and RP1 systems to facilitate NBC's production."

"It's an honour to continue working with NBC Olympics for its award-winning coverage. With each Olympic Winter Games, NBC continues to push the boundaries of sports audio, and PyeongChang is no exception," said Letson. "As we did with the Rio Games in 2016, we'll offer an innovative and fully networked audio operation connected with Dante on a Hydra2 network and supported by our team." 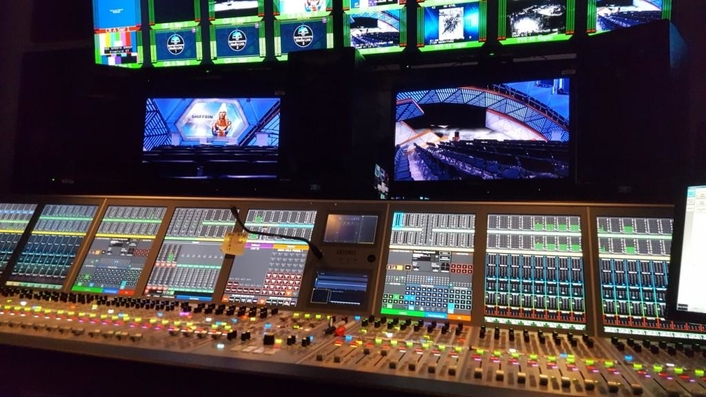