The Call of the Mountains 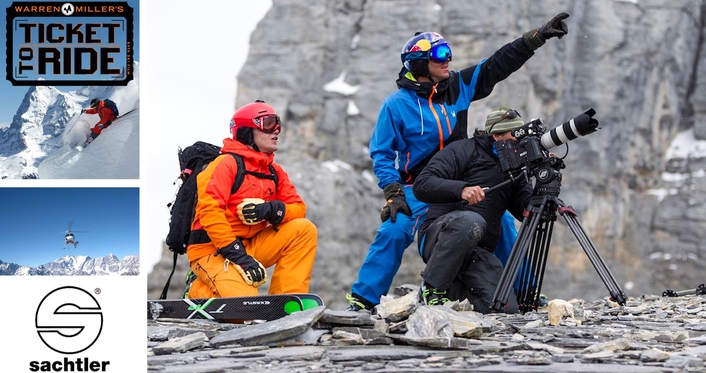 Ski Films with the Cine 7+7 HD and FSB 8 from Sachtler
It’s a tradition: for over 64 years, the ski season has begun in the theaters every year with a new action documentary by Warren Miller Entertainment. The promotional films tour the world, whetting the appetites of ski and snowboarding fans alike and encouraging them to partake in winter sports.

For some years now, cinematographer and director Tom Day has been responsible for the creative realization of the films. While Day does not know where the assignment will take him prior to filming, he already has his equipment ready to go beforehand; during filming in the snow worldwide, he always relies on the Sachtler Cine 7+7 HD and FSB 8 fluid heads. 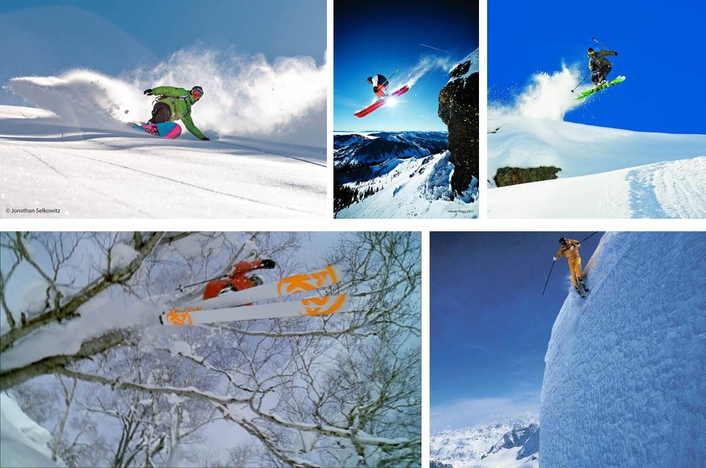 Three convincing reasons
"There are three reasons for working with Sachtler fluid heads: Sachtler's reputation in the film business, the long history of the company, and the reliability of the products," explains the cinematographer. "Years ago, I started with the FSB 8 because it even functions properly at temperatures below freezing. For my shoots, I need a fluid head which can even resist freezing at -40 °C (-40 °F). Even in freezing temperatures, in the middle of hip-high snow, or during a snowstorm, the FSB 8 guarantees smooth panning and rotary movements. The reliability and robustness of the head during daily use made it easy for Tom Day to decide to buy another Sachtler head: He chose the Cine 7+7 HD, which has a particularly firm stand despite being relatively light for a 100-mm head – only 3.3 kg (7.2 lbs). "While filming on steep mountainsides, I needed a head with a higher payload range and a 100-mm base. The Cine 7+7 HD is the perfect solution for me," explains Tom Day. In addition to the payload range of up to 22 kg (49 lbs), the 100-mm head features practical sideload mounting for the camera plate. This allows for the Cine 7+7 HD to be quickly and easily laterally mounted on the pre-assembled set-up – a great advantage for operators like Day, who often wear gloves in the cold.

The right solution for every job
Both fluid heads provide Tom Day with a high level of versatility when he works on the slopes: "If my set-up is lighter than 10 kilograms (22 lbs), I use the FSB 8. If the set-up is heavier, then my Cine 7+7 HD will be used. This way, I can cover the entire range." He also appreciates the exact counterbalance and damping settings. "Nowadays, I could no longer do without the ten- or 16-step counterbalance. With the tried-and-tested step-shifting system, I can quickly change my camera set-up or exactly reproduce a previous setting," explains Tom Day. "After doing this, I can easily do fine-tuning via the camera plate."

For this year's filming of the Warren Miller film "Ticket to ride," the crew traveled to Switzerland, Greenland and Norway. Once there, he filmed with professional skiers such as Ted Ligety, Mark Abma, Colby West, Kaylin Richardson and Michelle Parker. The promotional film begins touring on November 2. The film is scheduled to be shown on more than 50 dates in Germany, Austria, and Switzerland and in many cinemas worldwide.

Digital Success as deltat...Official Website for FIS
The Sochi 2014 Organizing...ympic Winter Games Medals
On the Way to Sochi: Pre-...s covered by ANO Panorama