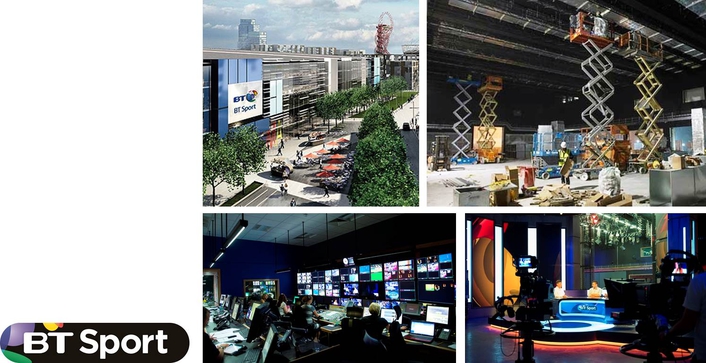 .
Signalling its intentions to compete in the premium sports arena, not only in terms of acquiring rights, but also by offering compelling, quality programming differentiated from its counterparts, BT Sports has unveiled its production and studio base situated in the former International Broadcast Centre at the Queen Elizabeth Olympic Park in London and confirmed its intentions to be long-term player in the sector.

Work on converting the area commenced February 5, leaving BT and its contractors less than six months before the service launch on August 1.

Innovations include a 20m2 glass-floored area that can be lit to replicate action areas of football/rugby pitches, or tennis courts. The area can also be used with graphic overlays to become a full-sized big screen, and will be used as an audience area for relevant shows. Two of the main galleries have large windows better to show the working environment. “The whole idea of this studio is around doing multi-shows around one environment,” explained Jamie Hindhaugh, Chief Operating Officer BT Sport. “We’ll probably be live on air on three channels from this one space at any one time.” 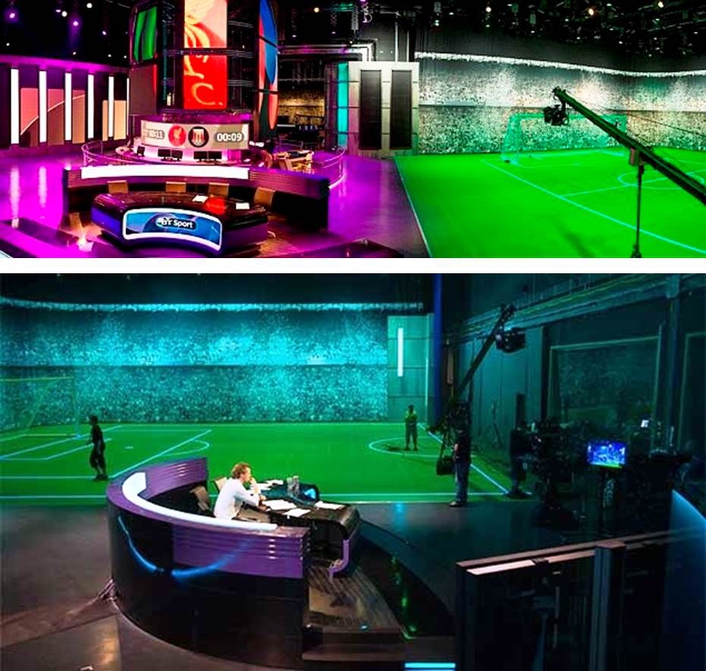 A large tower area – a ‘tribute’ to BT Tower – features 13 LED screens which are interchangeable or can be combined to display one visual, and is designed as the focal point of the studio, where journalists, production staff or autocue operations could be situated with a view to creating a “busy environment” in the studio. The adjacent studio in the ‘L-shaped’ area features what Beale claimed is the biggest LED-lit studio in the world. A “collaborative” working area currently houses three different production companies as well as in-house BT Sport production staff. 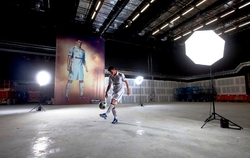 Hindhaugh, previously BBC Head of Production for the 2012 Olympics, said that one of the challenges for BT Sport was to have a home. “If you’re a serious broadcaster and you want to get it right you need a home and you need a base. The lease on this building is ten years with the option of another ten. So we’re serious about this. We’re not going to be here for a few years and then disband,” he stated.

He said that moving into the site gave BT Sport the opportunity to create its own identity. “The simple route would be to have a normal box studio. We could have moved into Pinewood, LWT or numerous other sites. Would that have made our programming different? I don’t think so.”