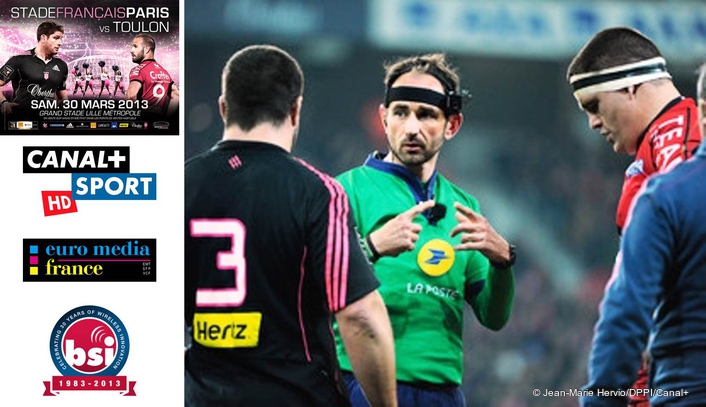 Ref Cam for close-up views of action on the field
Broadcast Sports, Inc. has developed another revolutionary wireless camera system that puts television viewers on the field and in the action of their favorite sports. The Ref Cam is a person-wearable wireless camera configuration that uses an HD mini POV camera paired with BSI’s HD mini transmitter. The camera is positioned at the eye level of a referee giving viewers his first-person perspective of the field. It debuted at the Stade Francais vs. Toulon rugby match last month and the reaction from broadcasters and fans has been overwhelmingly positive.

The Ref Cam features 1080i resolution and full remote control capability, including iris and paint functions. High quality images from the camera can be incorporated in real time into a live broadcast production, giving viewers a first-person view of what the referee sees during the game. The components are mounted on the referee using a customized vest and head strap and the system takes less than two minutes to set up. It can be adjusted in numerous ways to suit the needs of the production team and maximize the comfort of the wearer. 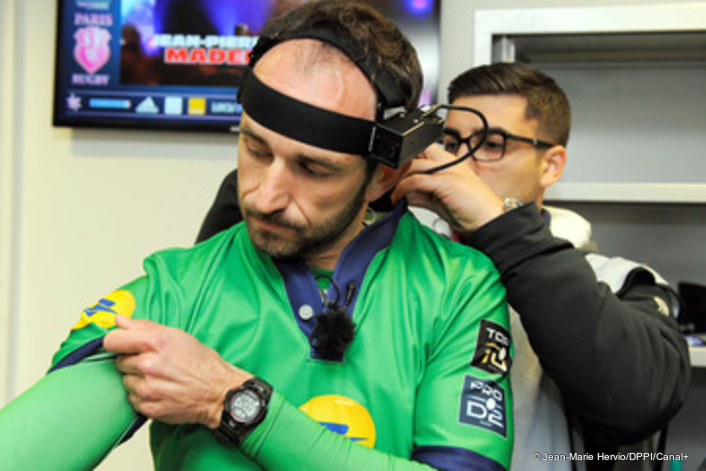 The full remote control functionality of the Ref Cam allows the video operator to adjust color balance, saturation, black level, detail and iris live during the game depending on the referee’s shot.

“The other huge benefit of having remote control of the system,” says Tony Valentino, BSI’s Technical Sales Director, “is that we can switch the HD transmitter on and off as required to save battery life. This enables us to cover an entire match without needing to change the batteries on the unit.”

The debut of the Ref Cam at the Stade Francais vs. Toulon match was a joint collaboration between BSI and Canal+/Euromedia. BSI is adapting the Ref Cam configuration for a wide variety of applications. The team also tested a modified version of BSI’s Pan Tilt Roll Zoom, or PTRZ, camera by mounting the device on a pole. The new form factor allowed the operator to capture bird’s eye views of the field including unique angles of huddles and field kicks.