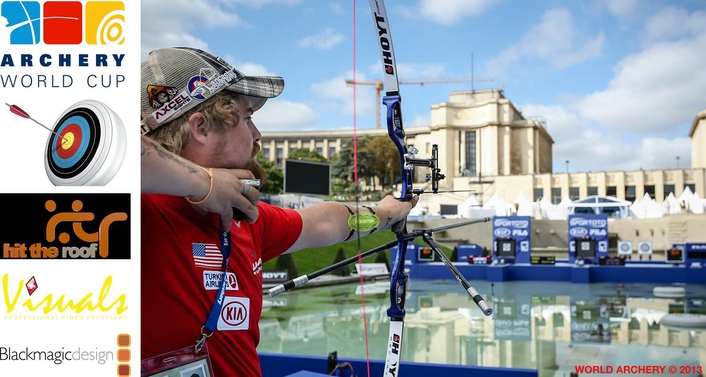 Hit The Roof: Broadcasting Every Arrow Loosed by the World Archery Federation with Blackmagic Design
The Winter and Summer Olympics are not only a chance for world records to be broken, but also offer a global platform for sports that otherwise rarely make the ‘mainstream’ headlines.

But all of these niche sports, from wrestling to tae kwon-do have active, established sporting calendars including World Championships, World Cup events and international tours. If promoted correctly, these events can harness spectators whose interest has been piqued and convert them into longterm, active fans. The challenge is how to maximize event broadcasts, whilst working within tight budget constraints.

Hit The Roof is a Swiss video production consultancy, which specializes in exactly this. “We know that not every sport has the budget of Formula 1 or the UK’s Premier League, so we work with sporting bodies to build reliable flyaway kits for live production, that stand up to grueling touring schedules and produce high quality, engaging footage ready for national and pan region sports broadcasters,” explains Cédric Roger, director, Hit the Roof.

A dedicated team accompanies the kit on every stop of the tour, bringing consistency in content and technical expertise. “When we’re on the road, we’re incognito as part of the sport’s production team,” continues Cédric. “It’s a tough, but exciting role, and it means there’s no need to constantly rebrief in terms of shots that are required.”

While each flyaway kit is tailored for the particular sport, Blackmagic Design’s routers, monitoring and capture solutions play a central role in the production workflow for all of the kits. This includes the Blackmagic Design Smart Videohub router, HyperDeck Studio Pro for capture and Blackmagic SmartView for high quality monitoring in the field. The crew works closely with Blackmagic reseller Visuals’ Geneva team to select the right products to build their kits.

“As well as being very compact and affordable, the amount of features and ease of use of products such as the Blackmagic SmartView and Videohub has meant that we can reduce the manpower required to support these tours, whilst maintaining a very credible and solid broadcast quality product for our clients.”

Broadcasting the World Archery Federation
A notable success is the World Archery Tour, which includes World Cup events in Shanghai, Turkey, Columbia, Paris and Poland, junior competitions and the World Championships, held in Turkey in September 2013.

Hit the Roof has worked alongside the World Archery Federation for six years. From the outset, the aim was to produce content that would make a great TV event. Developing a robust and credible kit was essential as the tour’s events last from March through to November, in a range of regions and impressive settings, designed to showcase the sport in spectacular locations, such as Trocadero’s Garden in Paris. 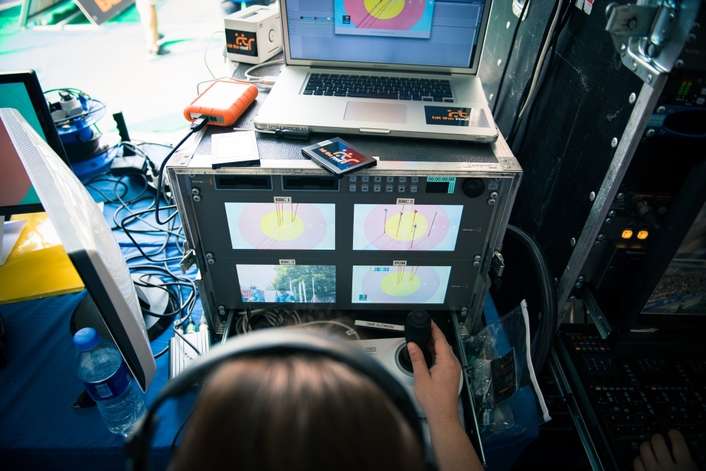 Broadcast ready content
“The flight case had to be able to support live HD broadcasting of qualifying and final rounds, as well as provide footage for 26 minute highlight programs. The content went to national and pan regional broadcasters such as Eurosport, Setanta Asia and Fox Sports, as well as being live streamed on the Federation’s website,” explains Cédric. “We had an eight camera set up shooting in HD, with a Blackmagic HyperDeck Studio Pro, recording in ProRes to capture the volume of footage we needed. The HyperDeck really functions as the backbone of the kit, as the dual SSD slots mean we can record continuously, which is critical for a sport such as archery, where there are lots of competitors shooting in quick succession.”

“We also included the SmartView Duo, which has two independent 8 inch screens, to give us high quality SDI monitoring and good, clean images from the live footage. As a router, we use the Smart Videohub, which has a built-in control panel, so we can route the various inputs and outputs with a push of a button.”

The Hit the Roof crew is responsible for producing ready for broadcast footage, including added value content such as graphics, openers and downstream commentary. The team also provides all cabling and connections, with more than 2500m of cabling used for the archery tour, together with a large number of Blackmagic Design’s Mini Converters HD-SDI, to support whatever set up each broadcaster has onsite. 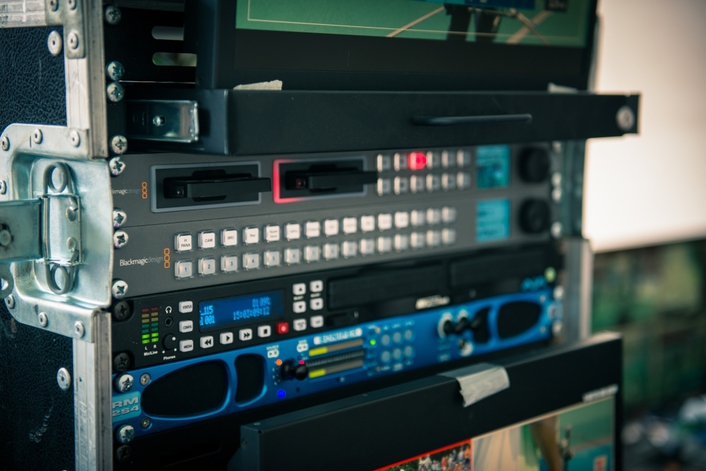 “Budget is always a key factor when devising the kits, but the Blackmagic products ensure that the quality of footage we produce can stand up against coverage being broadcast from other sports,” concluded Cédric. “A great recent example was on Eurosport, where in between F1 qualifying rounds, it showed an hour of the Archery finals from Paris. The production budgets will have been worlds apart, but viewers wouldn’t have noticed the difference. That is testament to what can be done with choosing the right products to showcase your sport.” 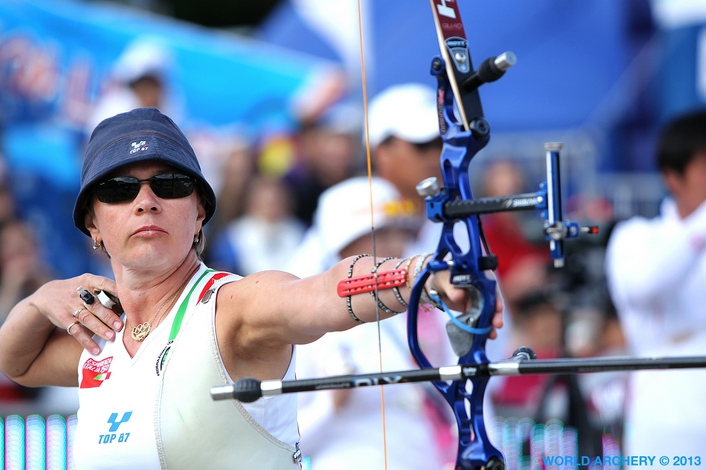 Olympic Games 2012: Archery
Special Cameras at the London Olympic Games
Just Another Brick In The Wall for XL Video