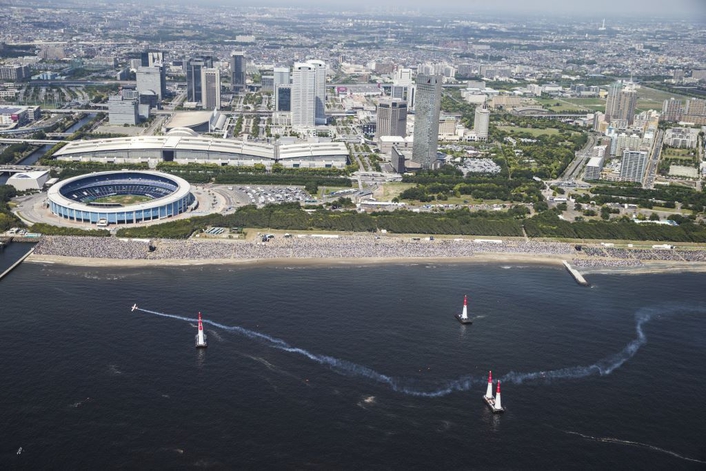 .
Britain’s Paul Bonhomme won the Red Bull Air Race World Championship’s first-race ever in Japan on Sunday in front of a sold-out crowd of 60,000 spectators with a thrilling victory in the high-speed, low-altitude race.

Australia’s Matt Hall finished a close second ahead of Germany’s Matthias Dolderer in third place as the world’s fastest motorsport series made its debut in Eastern Asia on a challenging track set up over the water just off of Makuhari Beach. Cheered on by the enormous home crowd, Yoshihide Muroya of Japan took a solid 8th place after setting a track record in the opening round.

Hitting speeds of 370 km/h and enduring forces of up to 10g while flying at altitudes of less than 25 meters above the waters of the Pacific Ocean, Bonhomme was the master of the tricky track and changing winds at Makuhari Beach. He stopped the clock in 51.502 seconds with Hall 0.382 seconds behind. With his 17th career victory in the second race of the eight-stop 2015 Red Bull Air Race World Championship, Bonhomme widened his lead at the top of the championship to 24 points ahead of Hall in second on 18 points.

“It’s a really good start to the season but it was hard work,” said Bonhomme, drenched in sweat after having to go all out to beat Muroya in the Round of 8. “The new knock-out format might be exciting for the crowd but it’s busy for us. You end up having to fly against Yoshi who had the best time in the previous round. It’s hard work. But we’re delighted. We knuckled down and it paid off.” 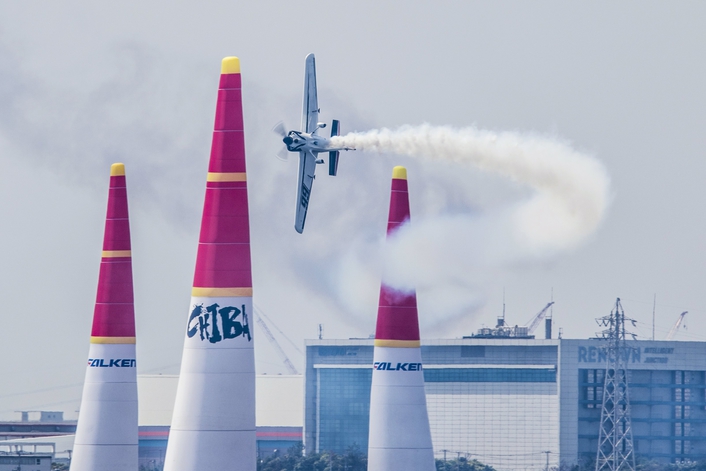 Team Muroya 31 advanced through the first round with an impressive victory over Martin Sonka of the Czech Republic, setting a track record time of 50.779 seconds and then fought hard to make it to the Final Four. He had a superb time in his Round of 8 battle against championship leader Bonhomme but got hit with a Did Not Finish (DNF) penalty for exceeding the 10g limit at the end of his run.

“I knew what I was up against with Paul Bonhomme as my opponent,” said Muroya. “I tried to use the right tactics. I pushed hard.”

It was the 60th Red Bull Air Race since the sport was launched in 2003 and the race was warmly embraced in Chiba, the birthplace of civil aviation in Japan. A record-breaking 120,000 tickets were sold for the two days of racing action. 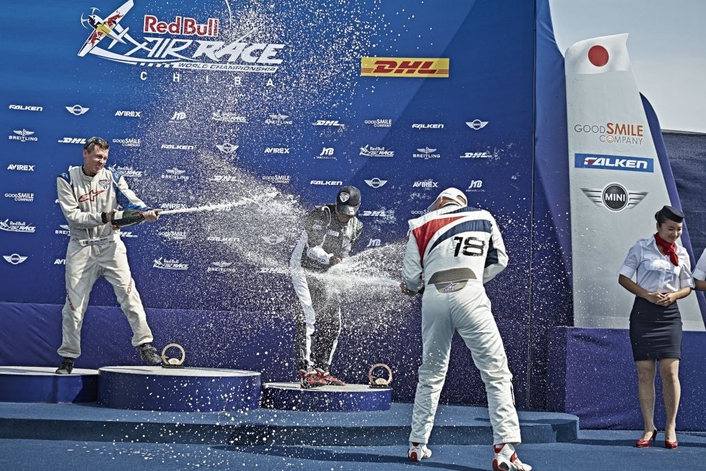