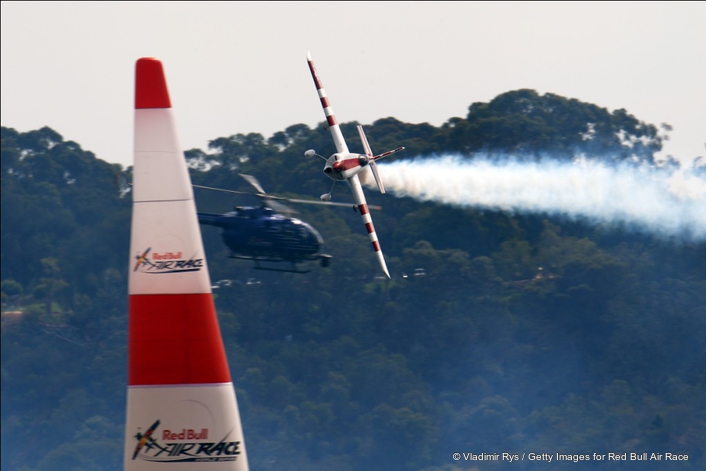 Paul Bonhomme of Great Britain in action during the Red Bull Air Race Qualifying on April 17, 2010 in Perth, Australia

Britain's Paul Bonhomme extended his lead in the Red Bull Air Race World Championship by winning 1 point for posting the fastest Qualifying time on Saturday in Perth in front of 65,000 spectators. The defending champion, who also won the race the last time it was held in Perth in 2008, moved three points clear of compatriot Nigel Lamb and now has 13 points as a reward for clocking the fastest Qualifying time. 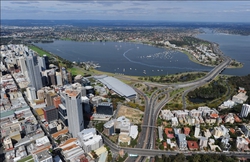 Hannes Arch of Austria was a close second under bright blue Western Australian skies and balmy temperatures while Nigel Lamb was third. Australia’s Matt Hall had two strong Qualifying runs to the cheers of the big home crowd but ended up in seventh place. Bonhomme's winning time of 1:25.07 was 0.13 ahead of Arch and 1.61 ahead of Lamb, who is second overall in the championship on 10 points. Arch, the 2008 champion, is back in 11th with 2 points. Hall’s time was a competitive 1:29.95.

A crowd of more than 100,000 is expected for the race on Sunday, making the Red Bull Air Race the biggest sporting event in Australia.

There was plenty of high drama right up to the final Qualifying run. Lamb, who had posted the fastest time in the final training session on Friday, had been fractions of a second behind Bonhomme in his second qualifying run on Saturday. Yet Lamb, who was second in the first race behind Bonhomme in Abu Dhabi, had a brilliant second lap and was more than a second ahead of Bonhomme at the finish line. Unfortunately he was booked with a late 2-second penalty for incorrect knife edge flying through one gate that dropped him back to third place. 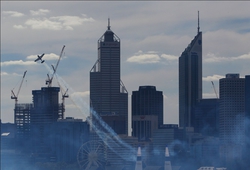 Bonhomme admitted he was pleased to bag the extra point today. He said he believes he knows where Lamb was quicker - Lamb had a tighter line in the 270-degree turn between the twin knife edge gates. "It was interesting that I let it out a bit on the twin knife edge turns and Nigel made up time there.

But it was really Lamb that was on a high after only just missing out with the fastest net time of the day. "I'm just about to call my son Daniel at home in the UK - it's his birthday and this will be a good present!" said Lamb of his continued strong performances in Perth. A last minute penalty pushed him to third behind Arch.

“It’s a very technical track,” said Arch. “I had a pretty fast net time and more or less the right line. It’s not so much about the plane but also about the pilot out there.”

Race Day kicks off tomorrow with the Wild Card round at 11:45am local time 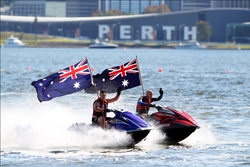 American Kirby Chambliss, the 2006 champion, moved up to fourth place with a great run in Qualifying 2. He was followed by Nicolas Ivanoff of France in fifth, American Michael Goulian in sixth and Hall in seventh. Germany's Matthias Dolderer (8), Pete McLeod of Canada (9) and Sergey Rakhmanin of Russia (10) also qualified for spots in Sunday’s Top 12.

Hungary's Peter Besenyei (11), Spain's Alejandro Maclean (12), Japan's Yoshi Muroya (13) and Martin Sonka of the Czech Republic (14) will get a second chance to qualify for Sunday's race in the Wild Card round. The two fastest in the Wild Card will join the fastest 10 from Saturday's Qualifying for the Top 12. The fastest 8 pilots advance to the Super 8 and the fastest 4 then move on to the Final 4.

Matt Hall has said he feels the weight of Australia on his shoulders - and wants to represent his country well in his first home race. He called it the most important race of his career.

Race Day kicks off tomorrow with the Wild Card round at 11:45am local time. Pre-show entertainment begins at 10:30.