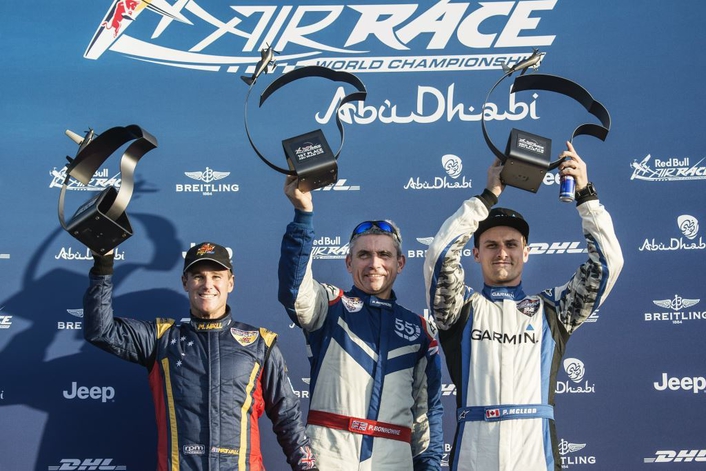 Britain’s Paul Bonhomme won the Red Bull Air Race World Championship season opener in Abu Dhabi
Hitting top speeds of 370 km/h while flying just above the turquoise waters of the Arabian Gulf, Bonhomme mastered the scorching temperatures above 30 degrees Celsius and the changing winds to take top honors with a time of 57.787 seconds in the first of eight races in 2015 of the world's fastest motorsport series.

Hall was a close second on a glorious day for racing, just 0.084 seconds behind in 57.871 seconds, while Pete McLeod of Canada took third in 58.843 seconds in the Fédération Aéronautique Internationale (FAI) official air racing world championship. Defending Red Bull Air Race World Champion Nigel Lamb ended up a disappointing fifth after being knocked out by Bonhomme in the Round of 8. 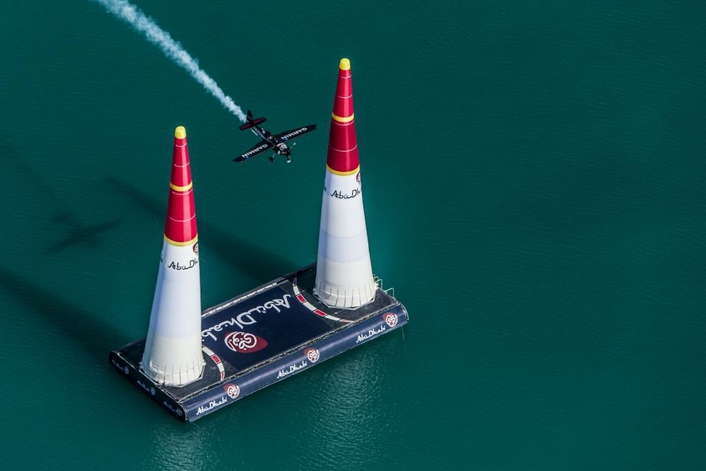 "It was all in a busy day's work," said Bonhomme, who won in Abu Dhabi for the second consecutive year and fourth time overall. "Our whole team has a lot of experience and I think we're able to get out of the blocks faster than the other teams." Hall made the most of his revolutionary new "winglets" -- 750-mm high curved tips on the outer edge of his wings -- and equaled a career-best second place. "I'm happy to be on the podium but it's kind of frustrating to be so close to winning. It was just eight one-hundredths of a second! That's about the length of an airplane that separated us." 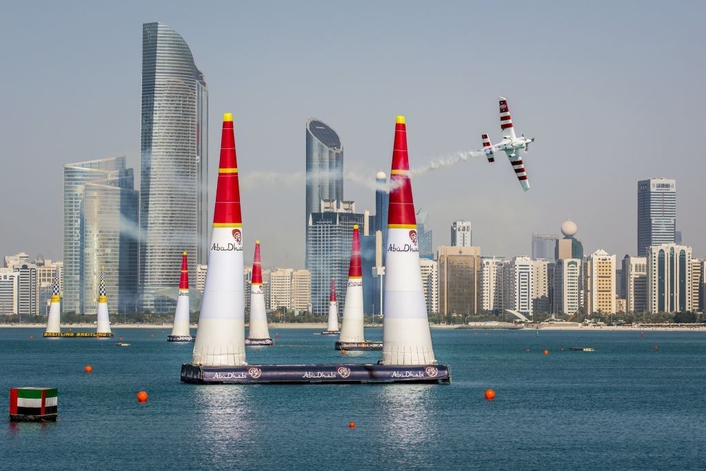 Abu Dhabi, with its knowledgeable and enthusiastic motorsport fans, hosted the Red Bull Race World Championship season opener for an eighth straight time. There were 14 pilots from 11 nations battling for championship points in the race in which pilots navigate a low-level slalom track made up of 25-meter high air-filled pylons at high speeds while enduring forces of up to 10G. Many of Abu Dhabi's high-society spectators watched the action in style at the Sky Lounge and Race Club, the official and exclusive hospitality programs. The next race will be in Chiba, Japan on May 16/17. 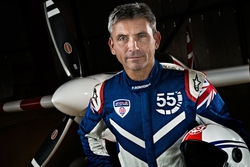