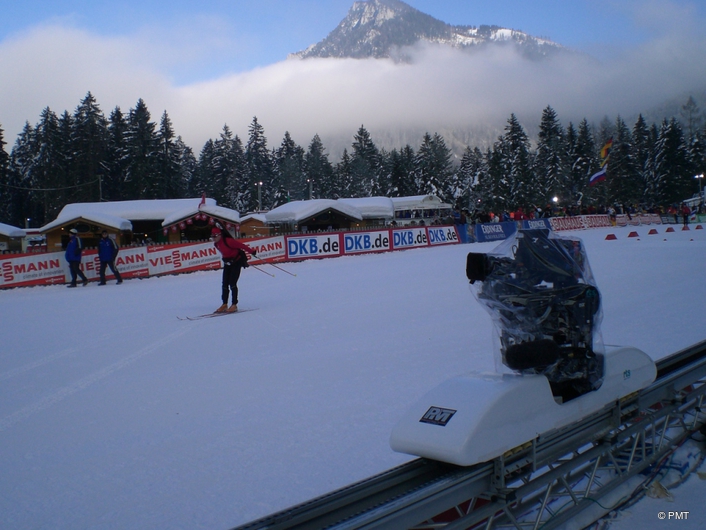 Biathlon in Ruhpolding 2010
In the beautiful landscape of the Bavarian Alps the traditional Biathlon WC took place from January 12th to 17th 2010. There were about 30 camerapostions along the circuit, 11 of them were delivered and operated by PMT Professional Motion Technology.

A 30meter Trackrunner track was used for the ascending slope 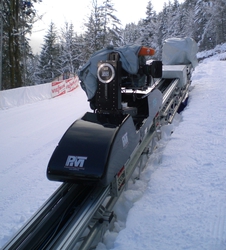 Besides 3 camera cranes (Jimmy Jib, Foxy and GF8) there were two MiniMotes with a 70fold lense on floor stands as well as a MicroPlus remote head that was fixed at the umpire's house. Additionally a 30meter Trackrunner track was used for the ascending slope, another Trackrunner system on 70 meters with a fully stabilized Nettmann Stab C compact head shot impressive pictures at the start and finishing line.

The event was produced in High Definition 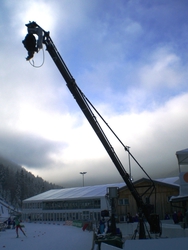 Two RTS Supertowers were also set along the race course, another programmable camera tracking system ran on 90 meter tracks in front of the shooting range in order to deliver precise pictures of the details while shooting at the targets. The coverage of the event was produced in full HD.